“Our dream is for cinemas to fill up again” 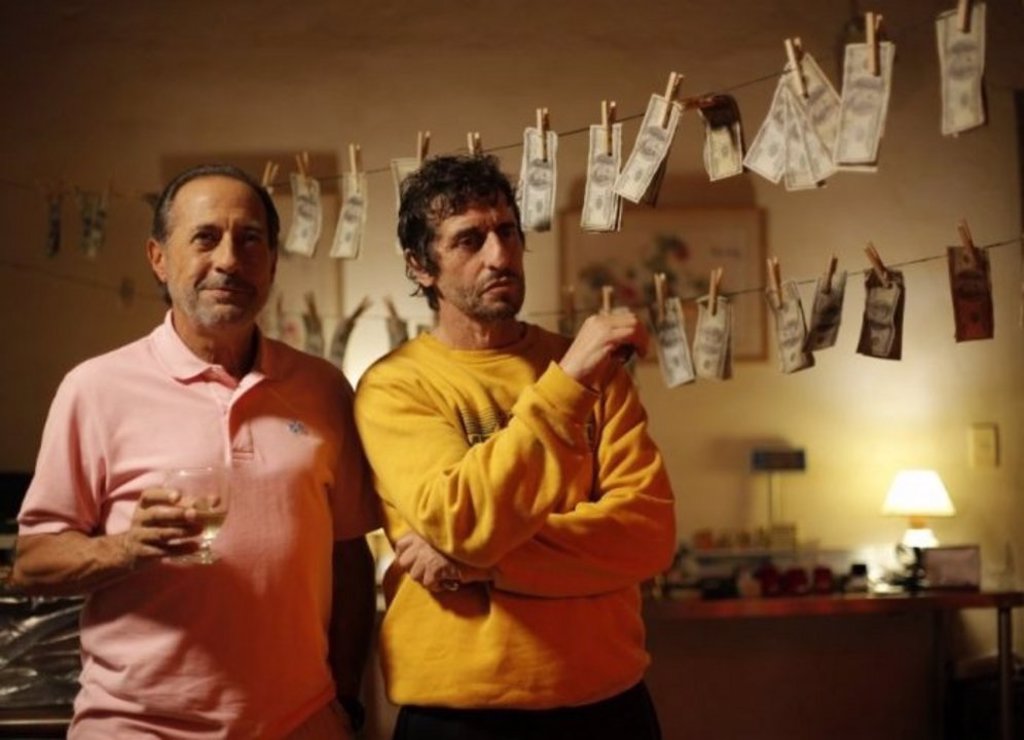 Guillermo Francella and Diego Peretti they give a historical blow in ‘The theft of the century’. The filmmaker’s new comedy Ariel Winograd arrives in Spanish rooms this Friday July 2. A surreal story based on one of the most famous heists in Argentina. “It was a movie-worthy assault and turning it into a film was a huge challenge“says the actor who played Luis Mario Vitette, one of the robbers.

‘The robbery of the century’ recounts the robbery perpetrated on January 13, 2006 at the Banco Río de Acassuso branch, located 21 kilometers from Buenos Aires, in a residential area for people with high purchasing power. Planned by Fernando Araujo (Peretti), this He had no criminal record, dedicating himself to art and being a teacher and champion of jiu-jitsu.

Araujo attracted Vitette and four others, the six being the perpetrators of an assault with 23 hostages and from which they took, according to estimates, between 15 and 19 million dollars in jewelry and money, of which the police only recovered one million. Such was the exceptionality in the way the coup was executed, that several commentators have placed it as a source of inspiration for the creators of ‘La casa de papel’.

Considered one of the great robberies in history, the extravagant and surreal way of execution of the plan showed the director of the film, Ariel Winograd, that “reality far surpasses fiction.” “If this assault had not happened and you present the script to some producers, they tell you that it is implausible, that the public would not believe it and that changes would have to be made“, he points out in an interview for Europa Press.

“However, there is something very Argentine in the real event. When we started shooting we realized, there were even certain scenes that we found too incredible, but they happened, “he continues to explain.

In fact, the extraordinary is also transferred to the writing process of the tape’s bookseller, as it is signed by himself Fernando Araujo, ideologue of the robbery, who was sentenced to 14 years in prison for the robbery, a sentence that was reduced to 9 for not using real weapons, although he only served a year and a half of his sentence in prison.

“WE HAVE LUNCH BOTH WITH THE THIEVES AND WITH THE POLICE”

“We got to have lunch with both the real thieves and the police officers who covered the assault, it was all very curious. The criminals had already served their sentences and were at liberty. It has been strange, but also wonderful to go through, “says Francella.”Just as unusual has been the recording. When something like this happens, it attracts attention“, says Diego Peretti.

Winograd emphasizes that, despite being a “nice” story, it has not sought to portray the assailants as antiheroes. “We make it clear that what is seen is a crime and that this is not correct. We do not seek to apologize for a robbery. I also comment, if there had been someone injured or killed, I would never have made this film, “exclaims the filmmaker.

“On the other hand, had the support of public opinion. You have to understand the context, it was the year 2006, it came from the Corralito of 2001, from when banks did not let citizens get their own money. [Para el público, el robo] it was a kind of poetic justice. […] That is why he attracted so much attention and that is why he earned his nickname. On the other hand, it was the last analog robbery in the history of Argentina“, argues the director.

Released before the outbreak of the pandemic in his native Argentina, both the actors and the director hope that the public will return to both the cinema and theaters or concerts. “I hope the fear will gradually go away. We have the illusion that this ends. Our dreams are for cinemas and theaters to be full again“reveals Francella.