Charlie Arnaiz and Alberto ortega: “We didn’t have any red lines” 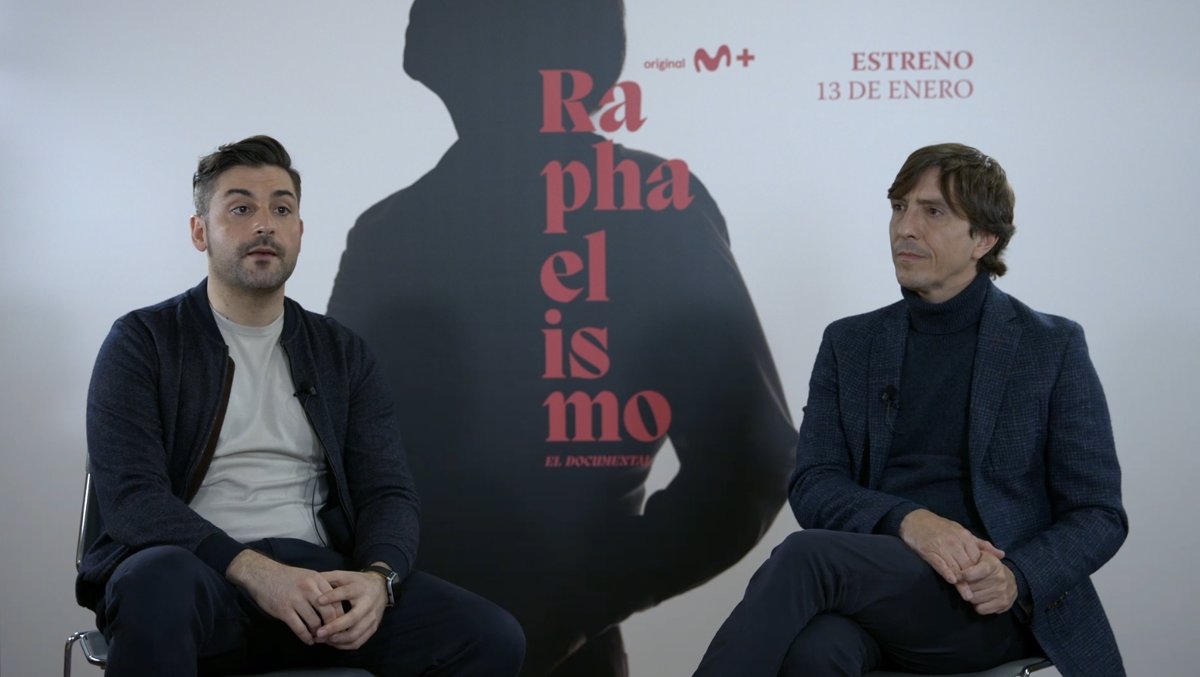 After the success of ‘Anatomy of a Dandy’, in which they explored the lights and shadows of the famous writer and journalist Francisco Umbral, the documentary makers Charlie Arnaiz and Alberto ortega they jump on television with the documentary series ‘Raphaelism‘, which arrives at Movistar + this Thursday, January 13 and in which they delve into Raphael’s professional career and personal life, one of the great icons of Spanish song. “We did not have any red lines, we have had full confidence“, says Ortega.

Presented at the 69th edition of the San Sebastián Festival, within the Movistar + Gala, ‘Raphaelismo’ seeks to be “an intimate portrait that delves into successes, secrets, fear and dreams“, by the emblematic artist born in Linares (Jaén) on May 5, 1953. Throughout its four episodes, the docuserie narrates the six artistic decades of the”living legend of music “, who never gave up his” unique and personal style “.

“After finishing ‘Anatomy of a Dandy’, we were attracted to the idea of ​​making a documentary film about Raphael. But after the first conversations with the record company, we realized that the artist wanted and there really were options to produce a multi-episode documentary series, because there’s a mind-blowing story“Ortega declares in an interview for Europa Press, in which he emphasizes that the singer did not set any limits when narrating his life and work.

“Everything flowed very well, there was a will from all parties, because we knew what we wanted to do and what we wanted to tell. There was no topic where Raphael told us to be careful. Also because we had the cover letter of ‘Anatomy of a Dandy’, in which we counted the lights and shadows of the protagonist, but with great respect. I think that gave Raphael enough confidence to go ahead with the project.“, reveals.

“From the first interview, [Raphael] it opened up in a way that no one had ever done before in our previous jobs. The tone and the way of narrating that it has, the public will see that it is in a different way, “he continues.

THE DOCUMENTARY, A GENRE ON THE BOOM

“A fundamental factor in our projects is respect, which is above all. Respect for a career, a trajectory, a life. On the other hand, we also seek emotionality, reach the heart of the public, both in film and on television. For us, narrating the life and trajectory of Raphael was like having the Holy Grail and not knowing how to approach it. It’s an incredible story, “says Arnaiz, who highlights the singer’s humility.”He has no qualms about sitting down at a press conference at the age of 78 and confessing that he is still learning and that he still has a lot to learn“, share.

‘Raphaelismo’ also highlights how the documentary genre has become a benchmark not only in Spanish cinema, but also on television, with recent titles such as ‘Lola’ or ‘El Palmar de Troya’.

“We are experiencing an incredible boom in documentary. People are opening up to a genre that a few years ago was for minorities. The public has realized that many great stories are out, on the street, on stage, in the movies.. We are passionate about visual archeology, recovering certain types of material. Sometimes we wonder what would have happened if these stories had not been told, the different facets of Threshold or the details of Raphael’s career would not be known. Also, it is necessary to recognize the spectators who have shown their interest in the genre.“, highlights.

One thought on “Charlie Arnaiz and Alberto ortega: “We didn’t have any red lines””