Khloe Kardashian after exposing the betrayal 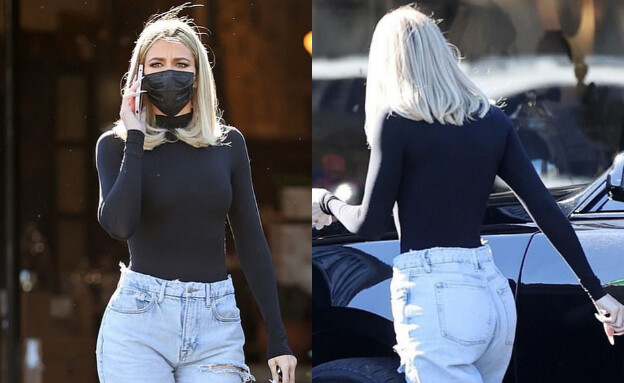 Khloe Kardashian was recently hit hard after it was revealed that her ex Tristan Thompson gave birth to a child with fitness coach Marley Nichols, with whom he had an affair for four months, while he and Chloe were still in a relationship. He has since publicly apologized to Chloe for the betrayal, but it has not helped – and she seems to have taken it hard.

Yesterday (Tuesday) she was spotted in Los Angeles while walking with her daughter Tru (3) and her niece Dream (5), when she is thinner than ever and without the curves that usually characterize her. The 37-year-old reality star wore jeans that drew attention to her slender legs and buttocks that were uncharacteristically tiny to her.

As you may recall, in early December it was revealed that Tristan was expecting a child from another woman, and although he tried to impose a restraining order on the infidelity – he finally admitted and a paternity test revealed that he was indeed the father. Immediately afterwards Tristan issued an official apology to Khloe, the mother of his daughter and the woman who betrayed her for four months, on his Instagram page. “Khloe, you do not deserve it,” he wrote, “the heartache and humiliation I have caused you do not deserve you.” The apology does not seem to have been accepted – and we personally hope it will not be accepted either. Never.