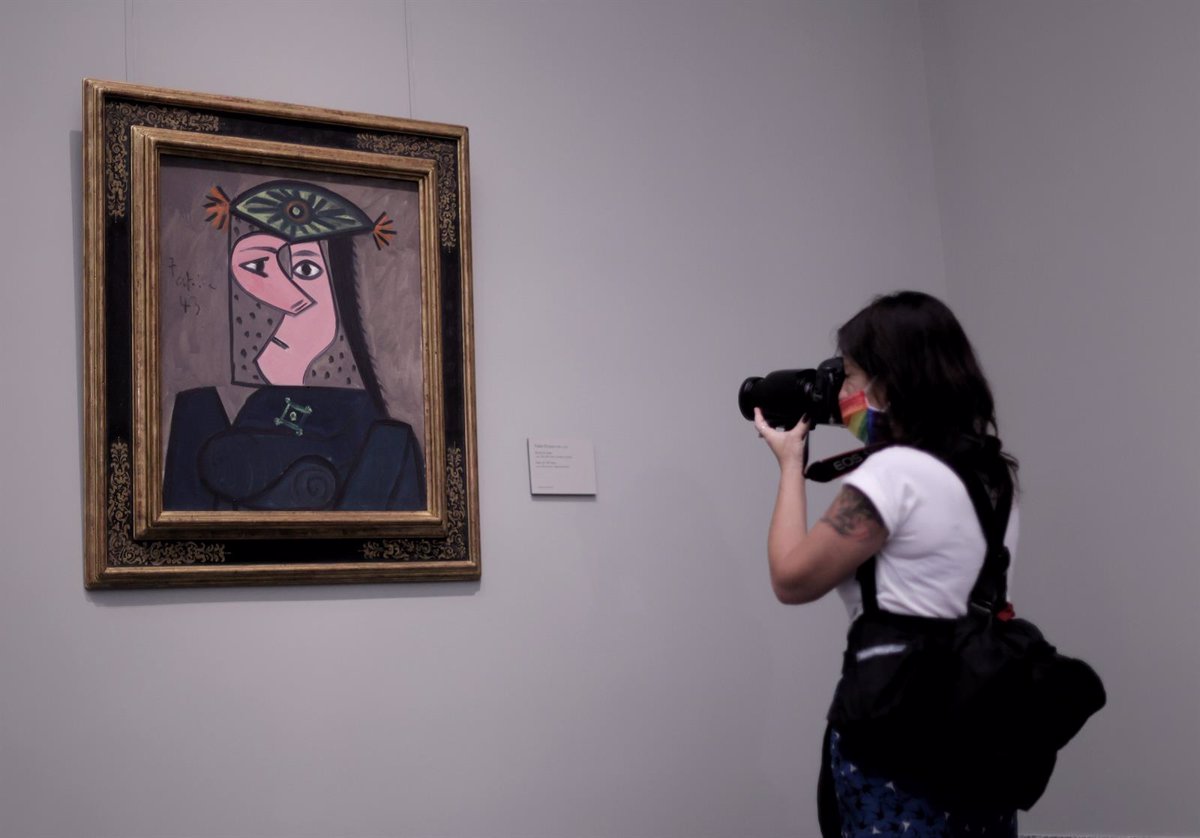 The National Museum of Prado has presented its schedule for 2022 this Wednesday, January 12, with the announcement that names like Picasso, Zobel and Parreno, three contemporary artists, will be present in its exhibitions and installations.

“We are not a contemporary art museum, but we are interested in recent artists who have shown interest in the Prado Museum collections. or for the art of the past, and three of them will be present in the program “, explained the director of the Museo Nacional del Prado, Miguel Falomir.

‘Picasso and El Greco’ It is an exhibition that is part of the commemoration of the 50th anniversary of the artist’s death. The museum will display a selection of works by the Malaga-born artist along with the work of El Greco, curated by Carmen Giménez. “Giménez will explore the relationship between El Greco and Picasso, focusing on the role that El Greco played in the genesis of Cubism by Picass.or “, has expressed the director.

Secondly, ‘Fernando Zóbel and the history of art’ It is built around the author’s sketchbooks in which, starting from the classic copy, he ends up building his abstract imaginary. At the same time, Zóbel worked on the paintings of the Prado Museum and founded the Museum of Abstract Art of Cuenca. This exhibition is a project of the Prado together with the Juan March Foundation, the Ayala Foundation and the Community of Madrid.

Philippe Parreno is an artist who has rebuilt Goya’s ‘Quinta del Sordo’ in an audiovisual montage that will be exhibited next to the Museum room that houses the Black Paintings. This work stems from the collaboration of the Prado Museum and the Beyeler Foundation on the occasion of the Goya exhibition that is currently on display in Basel.

“Not all contemporary artists have shown the same interest in the Prado, there must be a solid project that demonstrates that relationship with the past. It seemed to us that in these three cases it was quite evident, one due to his intervention directly inspired by the black paintings (Parreno), the other points out what the Prado Museum (Picasso) meant to him, and the third – which is the one that more may surprise–, it has hundreds of drawings that show that ongoing relationship with the Museum (Zóbel) “, Falomir pointed out.

REVITALIZATION OF THE PERMANENT COLLECTION

“It is a year in which the emphasis will be in contemporary art and on the other hand, the revitalization of the permanent collection. Are There are two main axes, but not the only ones, of the Prado Museum’s programming “, he adds. In 2022, the cultural institution will carry out different interventions to offer the visitor a “renewed vision” of a part of its collection.

Between them, highlights the recovery of the north ionian gallery, which will be dedicated to classical sculpture; a new narrative and expository speech from rooms 34 to 38 by Goya; monographic rooms dedicated to the Leonardescans or European naturalism at the beginning of the 17th century; or room 40 focused on the different functions of the copies preserved in the Prado.

Regarding the temporary exhibitions in the Jerónimos Building, Falomir has reported three: ‘Annibale Carracci. The frescoes of the Herrera Chapel ‘, ‘Luis Paret and Alcázar (1746-1799) ‘and ‘The discovery of the Renaissance. Spanish artists in Naples at the beginning of the Cinquecento ‘.

The exhibitions will also take place in the Villanueva Building: ‘Goya, San Bernardino de Siena: Sketches of the Tatiana Pérez de Guzmán el Bueno Foundation’, ‘Francisco Pradilla (1848 – 1921), painter of history’, ‘The Marquis of Santillana. Pictures and Letters ”, Y ‘The essence of a painting. An Olfactory Exhibition ‘.

This last exhibition is in charge of putting the smell of the series of ‘The five senses’ by Rubens and Jan Brueghel. “In some way, this exhibition takes us into different coordinates than the usual ones of the museum, where there are several senses that come into play“, highlighted the director.

On the other hand, Falomir has indicated the exhibition itineraries. Among them are ‘Reflections of the cosmo in the Prado Museum‘ Y ‘El Prado in Feminine. Patrons and benefactors of the Museum, from Isabel la Católica to Isabel Clara Eugenia ‘, a journey that recognizes the role of women as collectors, patrons and promoters of royal collections.

11 CONSTRUCTION COMPANIES ARE INTERESTED IN THE HALL OF REINOS

Asked about the architectural rehabilitation works and museum adaptation of the Salón de Reinos, Falomir has stressed that the last State Budget includes the first provision for the works of the Prado Museum, which is in the initiation phase until the 25th of February.

As reported, there are eleven construction companies that have shown interest in participating and has calculated that structural works would begin by the end of spring. “The works are scheduled to last 36 months, if it is true that one knows when it begins but not when it ends.“.” It is also true that an attempt has been made to minimize the surprises that one encounters when digging, “he added.

“The Hall of Kingdoms, the most protected space, is absolutely successful, the pieces that fit there are those that were made specifically to be there“, he announced and added” it so happens that the Prado Museum is the owner of the works that were hung in that space, and that was the reason that was originally invoked to claim it, which was previously occupied by the Army Museum. ”

Finally, he pointed out that “the building maintenance alone will be around 7 million euros “.