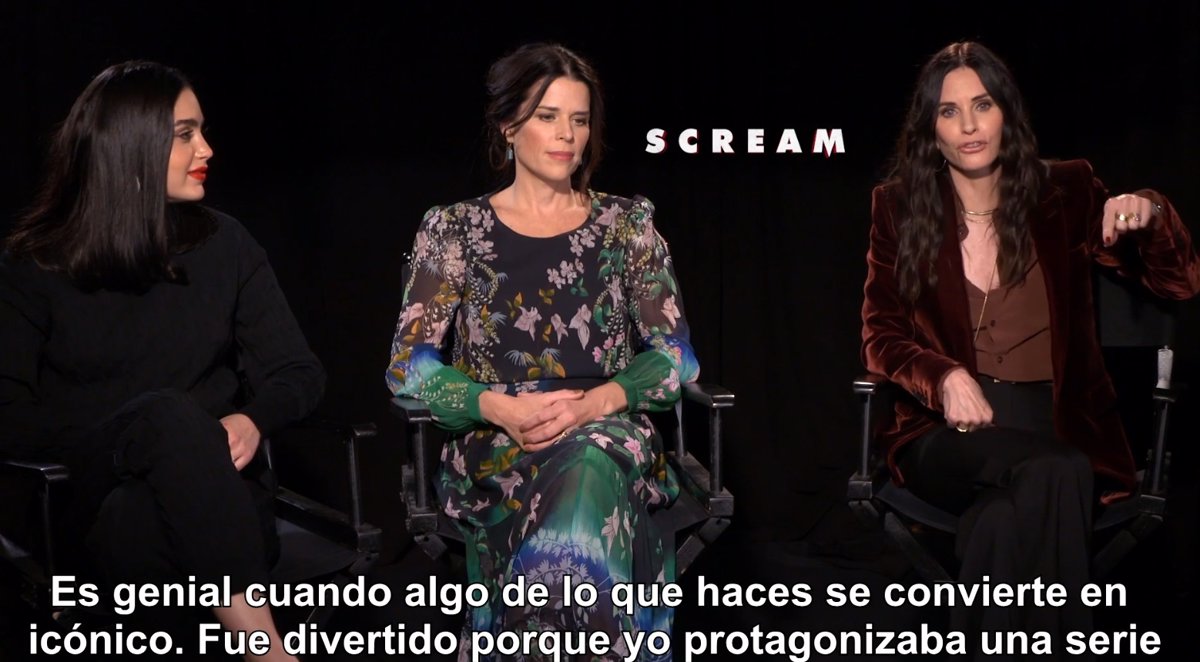 Since its premiere in 1996, Scream became a true phenomenon and a cult film. The franchise created by Wes Craven, one of the most popular horror sagas of all time, returns 25 years later in a film in which the actors Neve Campbell, Courteney Cox and David Arquette reprise their iconic characters. Scream, directed by Matt Bettinelli-Olpin and Tyler Gillett, opens in theaters this Friday January 14.

Neve Campbell, who plays Sidney Prescott, calls his return to the franchise a “crazy and wonderful” experience. “It is an honor to be part of these films. I am very grateful for these films and what they have done for our careers“Campbell said during an interview with Europa Press.

Courteney Cox was very excited and delighted to be involved in the franchise again. The actress fondly remembers the success of the first film. “It’s great when something you do becomes iconic. And the fact of being able to work with Wes Craven, Master of Horror. It was something very important for me”, affirmed the interpreter.

David Arquette assures, for his part, that Scream changed his life. “That movie had a huge impact on my life. It was the first film that made me known and opened many doors to other opportunities.. Also, I met Courteney and then we had a daughter. It really changed my life,” Arquette recalls.

Actors Melissa Barrera and Jack Quaid are part of Scream’s new cast of young faces. “I was a huge fan of the franchise. When I found out that they were going to make another movie, I just wanted to be part of the project. I met with the directors and fell in love with them,” says Melissa.

“Is an iconic franchise and when I had the opportunity to audition, I jumped at it. I am very excited to be here promoting the film with David Arquette. It’s fantastic,” explains Jack Quaid.

In Scream, twenty-five years after a series of brutal murders shocked the sleepy town of Woodsboro, a new killer has donned the Ghostface mask and begins to hunt down a group of teenagers to resurrect the secrets of the town’s deadly past. Actors Kyle Gallner, Mason Gooding, Mikey Madison, Dylan Minnette, Jenna Ortega, Marley Shelton, Jasmin Savoy Brown and Sonia Ammar complete the film’s cast.