The “No” shouted by Oliva Denaro for all women 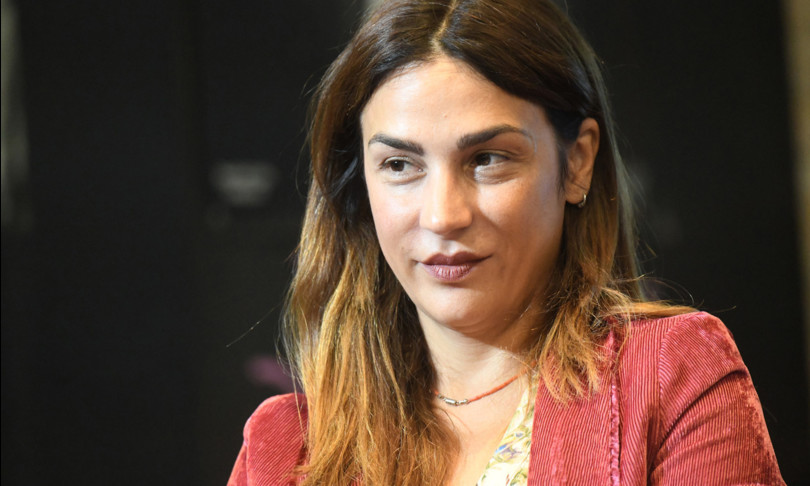 A girl runs across a sun-filled square. He does not play, he runs away. Try to leave behind her plural feminine being. Man is, they teach her. Women are only a function of the man next to them. That race will lead her to experience on her own skin the violence inherent in these statements and will lead her to say the first “No” of a long series. That girl is Oliva Denaro, protagonist of the novel by Viola Ardone (Einaudi Stile Libero, 2021), set in a small Sicilian town which, for certain social dynamics, alarmingly resembles the metropolises of 2022 or virtual and social media “squares” .

Why did you use the anagram of your name to give one to the protagonist? And the question related to this – taken for granted, I apologize – is: how much of Viola Ardone is there in Oliva Denaro?

Oliva Denaro is the anagram of my name and surname, I chose it because it suited the protagonist of this story and because I am convinced that the story of a woman somehow belongs to all of them ”, Ardone replies to . “Each one, in one way or another, has found herself in life experiencing episodes of verbal, psychological, physical violence … I gave Oliva the thoughts, fears, wonder and disturbances of my adolescence. In her there is a bit of my character, of my way of reacting to abuses and injustices. There is my sense of justice but also all my naivety.

Much of the story is set in the 1960s, in a small town in Sicily. Sixty years have passed, there has been the economic boom, the sexual revolution, the sixty-eight and the seventy-seven, the movements. Yet issues such as equality between men and women, gender-based violence, the right of women to dispose of their bodies have returned to the center of public debate. It seems that customs have changed in recent years, but that knowledge of the female world has remained the same. What was missing in your opinion?

The female question is still extremely topical: the debates on the “consent” of women in the love relationship, on the limit between courtship and harassment, on participation in political, social and cultural life are proof of this. To the point that there is a recently minted word in our vocabulary to indicate the murder of a woman by a man: “femicide.” This means that the idea of ​​possession (which is to be passed off as “love”) of a woman is still rooted in the imagination of some men, who are unable to accept “no” for an answer. That “no” still triggers the spring of violence today, the desire to physically eliminate the woman who has it pronounced, to literally erase it from the face of the earth. Faced with such complex phenomena there is no “one” road but many roads, which pass through the exacerbation of penalties for those who commit violence against a woman, for a correct sentimental and sexual education in the classroom, for a different paradigm in family education, for the school, which should encourage collaborative relationships between pupils and pupils and propose an educational model that is not based on gender. Perhaps because for so much you mpo the rights of women have been written by men: women have recently begun to actively participate in the political life of this country and have not yet reached top positions in many areas. Male power often tends to still want to lay down the law on women, on the body of women “.

In the book he alternates very different narrative models. At the beginning there is a use of redundancy is a direct, almost childlike language, which seems to underline the protagonist’s condition as a child. Immediately after the abuse it seems that the language becomes colder, less spontaneous. Finally, in the last part, he adopts the instrument of the epistle. What do these different narrative registers respond to? Who are the authors who have influenced you the most?

I wanted a personal language for Oliva, which belonged only to her, which remembered the cadences of the South but which did not fall into speck or stereotype. Oliva is someone who wants to learn to speak well, who looks for new words in her vocabulary to express herself better and to better understand the world around her. Hence, his is a literary language, not a mimetic one. I don’t like, as a reader, going into a narrative and discovering at some point that the author is bluffing. The language must make the character credible, adapt to his changes and his psychological development. The point of view, the characters, the voices of the protagonists must leave no doubt that it is “reality”, even if it is a reality of paper. For me, writing is a matter of “voice”, and this is also why I like to experiment with the voices of multiple characters throughout the story. From this point of view, Tolstoy is incomparable: even if the narration is in the third person, you can recognize the voice of each character even from a single line of text “.

Oliva becomes a teacher. She is a high school teacher. What impact does the school have on the topics covered in the novel? And how did it contribute to forming the social and political conscience of the student Viola and the teacher Viola?

The school is a fundamental laboratory for the creation of a civil and social conscience. It is there that one learns respect for oneself and for the other, coexistence among diversities, the existence of rights that we all must strive to protect even if we are not personally involved. The gender issue is deeply felt by boys but, paradoxically, they seem to me more advanced on gender fluid than on equality between men and women. It is a long job but which slowly pays off. For me, the school years were very formative, especially those of high school: I learned avidly even from the professors less willing to teach, those most jealous of their knowledge. I wanted to know, it seemed to me that this was the way to find my place in the world ”. ()

In the novel there are extremely negative male characters and extremely good and positive male characters. Women, on the other hand, are drawn using so many different shades. Was it a literary and narrative choice or does it respond to your perception of the male and female universe?

I hope I have also dispensed nuances in the male characters. Salvo Denaro, who is Oliva’s father, is certainly a good man, a father attentive to his daughter’s needs, yet he too is full of doubts. He is not sure that he has always acted in the interest of his daughter, perhaps he has made some mistakes too, is what he asks himself in the last part of the novel. In the same way Paternò, the “bad guy”, is perhaps someone who did not understand the gravity of what he did, because he simply followed the laws, written and unwritten of the time. In the end he arouses more pity than contempt in Oliva. I have no prejudice towards men, who are our friends, lovers, companions, children and fathers. I believe that many of them have come a long way on the path of equality and that for others there is still a lot of work to be done. But this also applies to us women “.

Among the characters that stand out from the others there is certainly Oliva’s father. A central figure in the novel, almost a co-protagonist. Were you inspired by anyone in particular? How was the character born?

I was inspired a little by my father, because he never imposed or forbade me anything, he never judged me, but accepted and loved me as I am. Salvo Denaro, however, is different in character: it is mild to the point of being unnerving, it is silent to the point of seeming apathetic. In the eyes of the country and perhaps his wife too, he is a loser, but in the course of history he will show a much more complicated psychology and some hidden implications. He is the man of doubts, one who cultivates doubt as a form of knowledge ”.

When did you think about the story? How was it born? How do you usually work on your books?

When I thought about telling this story I said to myself: “here, I’m getting into a mess. The issue is thorny, Sicily is complicated to narrate without falling into stereotypes and I will throw criticism at myself from everywhere, it will be a mess “. And then, I started writing. I wanted to let the protagonist, Oliva, speak, but through her voice I tried to make those of others, of her family, first of all, of her friends, of the wives, from all over the country, be heard. In fact, despite being a first-person novel, it is in some way unanimous “.

What space and how important does political commitment have in Viola Ardone’s life?

“Everything we do is” political “, our every private choice also has a public impact. Believing in school and expecting it to work well: it’s political. Paying taxes: it’s political. Get vaccinated: it’s political. Being present at school every day, despite the chronic lack of interest of “politics” in the world of school, and fighting for things to improve: it is highly political. Disengagement is also political because it feeds anti-politics and indifference, the great scourge of our days. And then there is writing, which is the most political thing in the world.