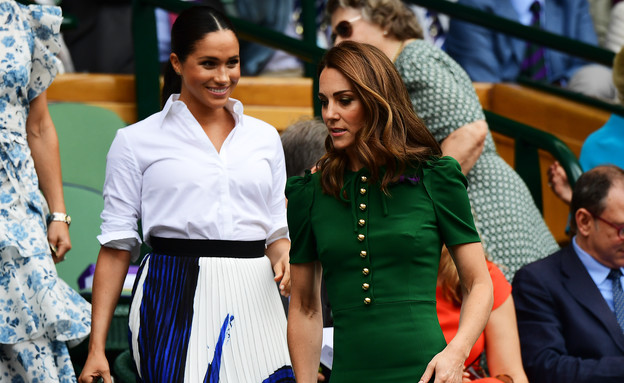 This coming Thursday the late Princess Diana was scheduled to celebrate her 60th birthday. About a year ago, her sons, Prince Harry and Prince William, announced that exactly on her 60th birthday, they would place a plaque in her memory at Kensington Palace in London. Now, just before the exciting event, it has been revealed that Kate Middleton has no plans to attend the event, and according to insiders the move says a lot.

The exciting event will take place in the presence of just 100 guests, including Prince Harry who arrived in the UK last week. After learning that Prince Charles intends not to attend the event, it is now known that Kate is also a breeze. “The claim that she’s not coming to keep the number of guests low is an excuse to keep her away from meeting Harry. William is tired of the drama and Kate should not be dragged into it,” an acquaintance told Page Six. “They are planning a private visit with the children at the statue, and it will be much more significant than the media event.”

Those close to him added that the reason for the absence was, as expected, the dramas that are taking place in the last year in front of Prince Harry and his wife, Megan Merkel. “William is determined that the Sussex drama will not overshadow this important moment of memory. It is a moment entirely devoted to his mother, whom he greatly misses, and he wants all the focus to be on her.”