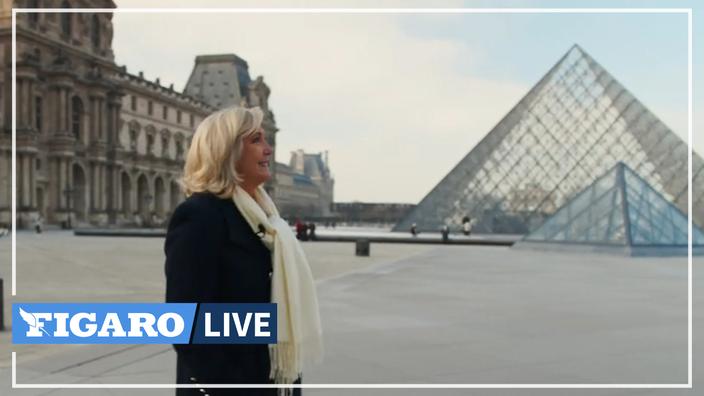 As for Éric Zemmour during his candidacy announcement, the museum asked the nationalist candidate to remove this image from his video.

The Louvre does not like Marine Le Pen’s campaign launch clip, broadcast this Saturday, in which the RN candidate is filmed in front of the Louvre pyramid. The information is revealed by our colleagues The Parisian.

Read alsoGuillaume Tabard: “Marine Le Pen, from retreat to resistance; and on the rebound?”

In this speech, the candidate of the National Rally (RN) wants to mobilize voters. And also to attack a strong symbol, that which is associated with the triumph of Emmanuel Macron in 2017, since it is there that the youngest president of the French Republic had come to celebrate his victory over Marine Le Pen. It is a way for her to reinstall her duel and try to step over the first round of the ballot, on April 10, 2022.

The museum, as the exclusive assignee of all the property rights relating to the pyramid, recalls that any use of the image of the monument designed by the architect Ieoh Ming Pei must be subject to “preliminary authorisation».

Read alsoAt the Louvre, Marine Le Pen calls for closing the parenthesis of a “toxic macronism for the country”

This is not the first time that the Louvre has experienced this problem. The pyramid also appears in Éric Zemmour’s candidacy announcement clip. The museum also asked him to remove this image from the video. In the event of refusal, the Reconquest candidate is liable to prosecution. The pattern is the same for Marine Le Pen.