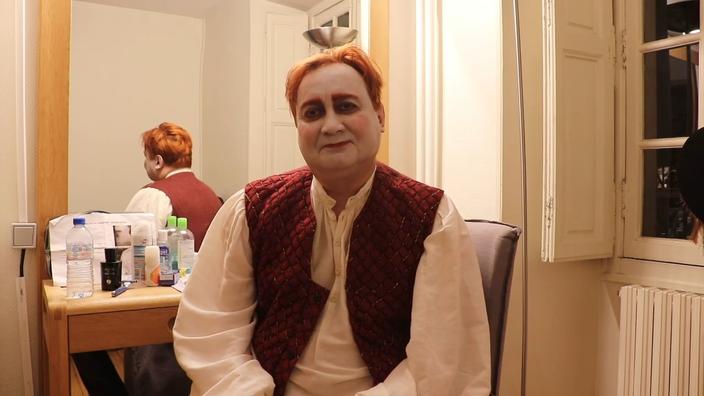 This production, which is leaving for a long tour, is an event because we rarely attend Molière’s play Georges Dandin or the confounded husband with original music by Lully. A great moment not to be missed.

For this Molière year, Michel Fau delivers a George Dandin or the Confounded Husband in all its authenticity, accurately translating the despair of this wealthy peasant, married to an unfaithful and contemptuous young countess. The words are raw and of a modernity that amazes, when we remember that this piece took part in 1668 in the celebrations of the Grand Divertissement royal given by Louis XIV to celebrate the peace of Aix-la-Chapelle, but also to dazzle the Marquise de Montespan. The other quality of this production is its “soundtrack”: Lully is fully present there as he was for the first shows. Molière’s piece was punctuated with musical interludes, essential counterpoints to the plot. The pieces sing the power of love when the verb proclaims the despair of the unhappy husband.

Lully had composed famous pieces of baroque music for this work, perfectly combined with this comic and grating comedy, hilarious and dark. Michel Fau here fully assumes this duality, between comedy of manners and moral charge. Between the naive illusions of George Dandin and the cruel reality of social pretensions.

The ensemble we saw at the Royal Opera of Versailles, musically impeccable, is provided by the Marguerite Louise orchestra under the direction of Gaétan Jarry. As for the superb costumes created by Christian Lacroix, they project us as if by magic into the Versailles of Louis XIV. These two hours without intermission of a very beautiful production are not to be missed. Especially since the show, as in the time of Molière’s Tréteaux, is going on a regional tour. With, in the lead, a Michel Fau who, if he excels in the staging, is just as dazzling as an actor.
January 25 and 26 in Compiègne, 28 and 29 in Massy, ​​1is February in Fréjus, 4 in Draguignan, 10 in Arcachon, 13 in Avignon, 17 in Neuilly-sur-Seine, 27 and 28 in Calais.