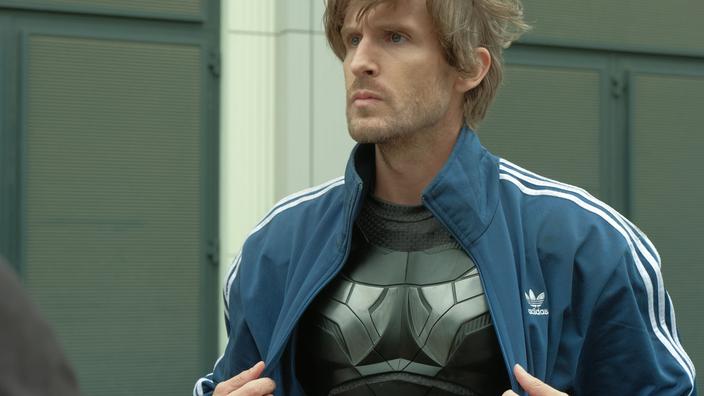 Despite himself superheroes, his new film, opens the event dedicated to French comedy. A homecoming for the actor and director, gang leader and new prince of French humor.

Back to basics: actor and director Philippe Lacheau, who had his first major success with Baby Sitting in Alpe d’Huez, opened the new edition of the comedy festival on Monday with his latest film, Despite himself superheroes.

The film, which is to be released on February 9 in France, once again brings together Philippe Lacheau and his accomplices, Élodie Fontan, Tarek Boudali, Julien Arruti, for an action comedy cut to please the greatest number, which makes fun of the marvel culture.

It kicks off a festival which aligns for its return to theaters, until Sunday, a skewer of essentials of laughter, as well as newcomers. Alpe d’Huez is “a clever mix of confirmed and emerging talents, with social, romantic comedies, big machines” and others more modest, according to the director of the festival Frédéric Cassoly.

The jury is chaired by Michèle Laroque, but she will officiate remotely: she has just tested positive for Covid. It also brings together actresses Mathilde Seigner and Joséphine Japy, comedian Malik Bentalha and director Ruben Alves.

The last edition had to be canceled due to the health crisis.

Among the films in competition, Irreducible by and with Jérôme Commandeur, accompanied by Laetitia Dosch, Pascale Arbillot, Gérard Darmon or even Christian Clavier and Valérie Lemercier. This comedy follows a transferred civil servant “in the worst corners of France” by an inspector.

For her third film as a director, Audrey Dana parodies a title by Almodovar with Men on the verge of a nervous breakdown and its cast of male actors, gathered for group therapy in the great outdoors: Thierry Lhermitte, Ramzy Bedia, François-Xavier Demaison…

Also on screen will be Audrey Lamy and François Cluzet in Squad, on the adventures of a canteen “in a home for undocumented minors”, or even a film that could make the link between the generations, Retirement home, with Kev Adams facing Gérard Depardieu, Liliane Rovere or Mylène Demongeot. Also on the program is the continuation of Glitter Shrimps .