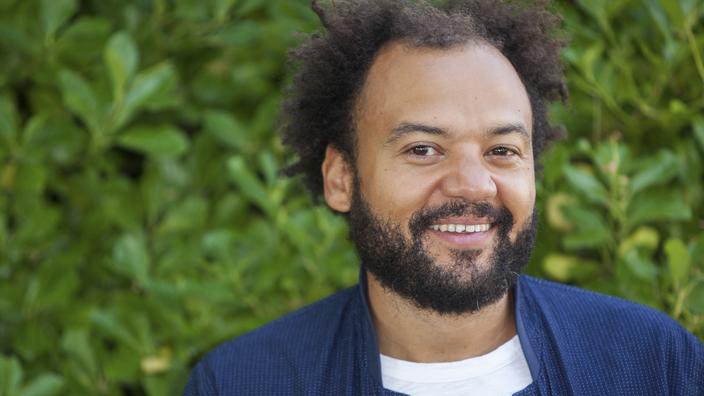 In his new one man show, Farewell yesterday the comedian willingly tackles the subjects that fuel this presidential election. He will play from January 19 at the Déjazet Theater in Paris.

In Barbaque , a comedy where butchers hunt vegans, Fabrice Éboué dealt with an activism accepted for some, more contested for others. For his fourth and new show, goodbye yesterday, the actor is nostalgic for this time without Covid and feels overwhelmed by “the emergence of a new world”. And don’t skimp on the politically incorrect. In nearly an hour and a half of performance, the news is brewed against a backdrop of black humor. : cancel culture, terrorism, Black Lives Matter, LGBT rights, nothing is left out.

If it is also a question of equality between men and women, the comedian “don’t hit on feminism” but rather “on an exacerbated and systematic militancy, which becomes counterproductive“, he explains for our colleagues from Parisian . “On this subject as on others, some derive a business, an ego. There are people who live to be in systematic opposition and swim in a permanent hypocrisy as soon as it affects their cause. We are in a Manichean society where you are asked to choose your side. There are no more debates, only fits of hysteria that create buzz but have no intellectual interest.»

“To caricature the extreme, you have to go even further”

A few months before the presidential election, it is impossible not to mention the head of state. In goodbye yesterday, Fabrice Éboué even delivers a few anecdotes. “We were born the same year, and we went to the same school [Le lycée La Providence, à Amiens, NDLR]. I did not know him there but my roommate at boarding school had repeated a year, like me, and the year before, he shared his room with Macron..

The rise of the far right in the polls pushes the comedian to mock the theory of the great replacement. “To caricature the extreme, we must go even further. It’s enjoyable. On the sets, rather than always inviting the same people, we could have the testimony of people who leave their country, as was the case with some of our parents. Never, they said to themselves “great, I’m out of my house, I’m delighted”. I would like us to ask them what they hoped for us rather than always hearing the same people say that we would organize to kick them out.

The pandemic is briefly mentioned. A choice that the comedian assumes.

I can’t pretend it doesn’t exist. But people are so bludgeoned every day with that… Theater is above all a moment of oxygen. It is our role to extricate from everyday life

“The Covid has accelerated a mode of consumption that was already changing”, he believes. His last movie, Barbaque, recorded only 250,000 entries. “People are going to see the last Star Wars Where Spider Man on the big screen but for movies like Barbaque, they are waiting for it to be on TV. I understand…” But Fabrice Éboué remains optimistic. “That my little films are now on a platform, you have to accept it. And maybe one day I’ll make a bigger movie and we’ll take the risk of going to the cinema.”. Before returning to dark rooms, the actor will go on stage from January 19 at the Déjazet Theater in Paris, before performing throughout France until 2023.