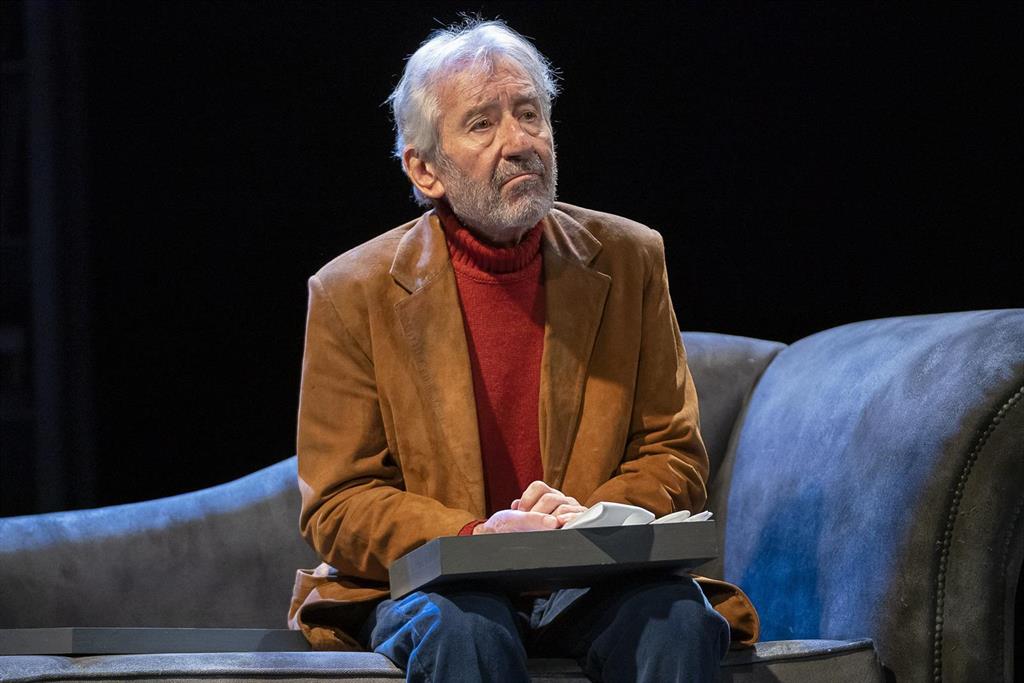 The jury of the 2021 National Film Award has unanimously decided this Friday, July 2, to award the award to actor José Sacristán. “Congratulations, dear Pepe,” said the Minister of Culture and Sports, José Manuel Rodríguez Uribes.

This is what the minister announced this Friday in a publication on his Twitter account picked up by Europa Press: “The 2021 National Film Award has just failed. The jury has unanimously decided that it be awarded to the great José Sacristán. Congratulations dear. Pepe, also around here “.

The minister has highlighted that, in the Berlanga Year, which will be held until June 2022 in tribute to the film director, they recognize “one of the greatest actors” in the history of Spain.

“In the Berlanga Year, we recognize one of the greatest actors in our history. I have telephoned him and, of course, I have caught him filming, at the foot of the canyon. Thanks Pepe for so much, for everything! A huge hug”, he has celebrated Rodríguez Uribes.

The 83-year-old actor has participated in more than a hundred films, as well as plays and television series; and has been awarded on several occasions, with recognitions among which are a Goya award, two Silver Shells, ‘A toda una vida’ award from the Union of Actors, Feroz de Honor, five Silver Photogramas, Pepe National Theater Award Isbert, Ceres Award of the Merida Festival, TP de Oro, an Ondas award and an Argentine Silver Condor.

AWARD FOR “REPRESENTING THE LIVING HISTORY OF SPANISH CINEMA”

The jury of the National Film Award for 2021 has unanimously awarded the award to José Sacristán “for representing the living history of Spanish cinema of the last sixty years and for having embodied like no one else the contradictions, vicissitudes and idiosyncrasies of a society in transformation “.

The jury has indicated that they have worked with some of the most relevant filmmakers, including Luis García Berlanga and Fernando Fernán Gómez, and with active filmmakers such as Carlos Vermut, Isaki Lacuesta or Javier Rebollo, “connecting with different generations and sensitivities “.

“A tireless, curious, passionate and versatile worker, he has gone from the popular comedy of the sixties and seventies to starring in films of a social nature or thrillers, also personifying the evolution of our cinematography itself. And he has not only stood out in the cinema but in the theater or the musical. A reference and indissoluble personality of the cultural imaginary of our country “, has pointed out the jury.

The National Cinematography Award rewards the most outstanding contribution in the Spanish cinematographic field, preferably shown through a work made public or professional work carried out during 2020, or, in duly motivated exceptional cases, it is awarded as recognition to a career path.

Awarded by the Institute of Cinematography and Audiovisual Arts (ICAA), a body attached to the Ministry of Culture and Sports, it is endowed with 30,000 euros.

SACRISTÁN DEBUTED IN THEATER IN 1965

The actor made his professional debut in the theater in 1960, a work that, since 1965, he has combined with cinema and television until today.

In the 1970s, he participated in some of the most representative comedies of the time, at the same time that he revealed himself as an excellent dramatic actor in works such as ‘A Man Called Autumn Flower’, by Pedro Olea, ‘La colmena’, by Mario Camus or ‘The bird of happiness’, by Pilar Miró.

He has worked with the vast majority of the country’s filmmakers of different generations, standing out in all kinds of genres, and in recent times he has participated in films with new directors such as Javier Rebollo (‘El muerto y ser feliz’, 2012), Carlos Vermouth (‘Magical Girl’, 2014) or Kike Maíllo (‘Toro’, 2016).

Sacristán has also developed a part of his professional career in Argentina, where he became popular in 1978 as a result of ‘Solos en la madrugada’. In that country he starred in a title of great relevance such as ‘A place in the world’ (1992).