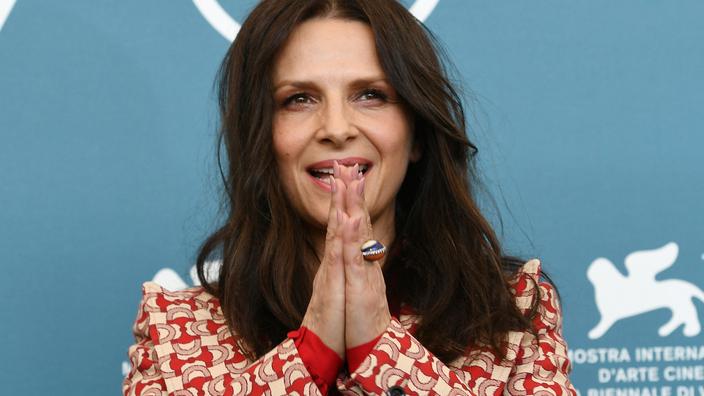 In a petition published in The Inrocks, the actress associated in particular with the director Stanislas Nordey, with the actors Jean-Pierre Darroussin or Charles Berling, believes that the union is the only way to make the left win. And calls on candidates to take an interest in culture “great forgotten debates and programs” of the presidential.

“In April, it will be too late”. One hundred personalities from the world of culture, including actress Juliette Binoche and director Jean-Marc Barr, are calling on left-wing parties to join the People’s Primary, a citizens’ initiative that pleads for a joint left-wing presidential candidacy.

“The competition which is announced between the candidates and the candidates of the left and ecology is not with the height of the stakes of the next presidential election. (…) To lose five more years would be insane”, write these personalities, including the director of the National Theater of Strasbourg, Stanislas Nordey, or the actors Jean-Pierre Darroussin and Charles Berling, in a column published in the magazine The Inrocks.

Three months before the first round of the presidential election, they call on the seven candidates from the left to submit to the vote of the Popular Primary, “best possible way to win what we have in common, the fight against climate change and inequality”.

The organizers of this initiative claimed Wednesday 311,000 registered for this vote of “investiture”, scheduled for January 27 to 30 and which must decide between seven pre-selected personalities. But Jean-Luc Mélenchon, Yannick Jadot and Anne Hidalgo refused to participate, and find themselves registered in the ballot despite themselves.

The signatories also call on the candidates to take a greater interest in culture, “great forgotten of the debates and the programs of the candidates”, and to defend the French cultural exception.