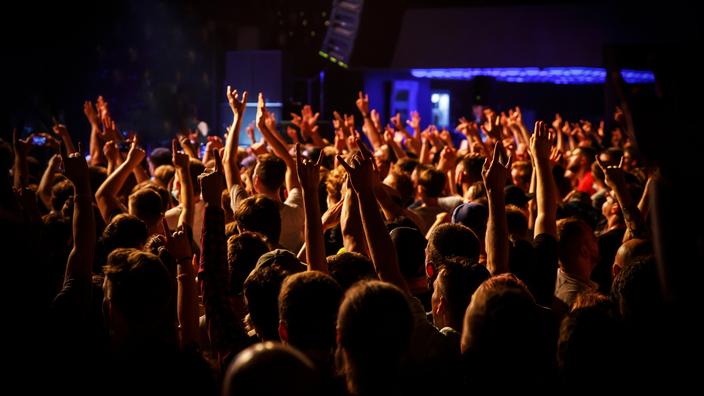 “I am very happy tonight. Very happy for me, for my team. You have to know how to recognize it when it’s good news, since you will be able to perform in rooms with more than 2,000 seats. I think they are doing very well and I think it’s a wise decision“, rejoiced Thursday evening Gad Elmaleh on BFMTV.

The object of his satisfaction? The new health frameworks facing Covid-19, in particular the return of standing concerts from February 16, announced by Jean Castex. A news also well received by the unions of the musical sector, even if some still note some false notes.

The Prime Minister announced Thursday that the seated gauges (2000 people maximum) will no longer be in place from February 2. And from the 16th, standing concerts will reappear. “Our key word was “visibility”, to project ourselves, the message got through, was heard, and Mr. Castex’s speech is more hopeful than that of December 27 with the previous constraints“, commented for AFP Malika Seguineau, of Prodiss (national union of musical entertainment and variety).

«It frees us for tours of artists who could no longer work, with, from February 16, the resumption of all gauges and the return of real life in all concert halls. We hope to see the light at the end of the tunnel, I hope it will regenerate confidence among the spectators to go to the show, because the confusion was the most total“, she added.

Aurélie Hannedouche, of the Sma (Syndicat des musiques contemporaines) is also satisfied that the “government, at least, has understood our need for visibility. We can congratulate ourselves on having been heard“, Continues the voice of this body which brings together small and medium rooms. “But, on the other hand, we completely disagree with this far-fetched decision, to blow up the seated gauges on February 2, before reinstating standing concerts on the 16th: it is scientifically unfounded, how the virus would be more offensive when we are standing than sitting?“, laments Aurélie Hannedouche. “It’s stigmatising, we’re going to carry around an image of dangerous places, it’s already having an impact on ticket sales, in jazz and song clubs, we don’t sell anything at the ticket office level, the public is lost in it“. The Sma had launched a petition on Monday “seated concerts still don’t hold up(more than 12,000 signatures Thursday evening).

The announcements of December 27 had plunged the sector into disarray, in particular forcing Orelsan to postpone, in April, the first four dates of his new tour. But it’s a comfort that not all artists can afford. Benjamin Biolay, at the same time, had announced the cancellation of four concerts.