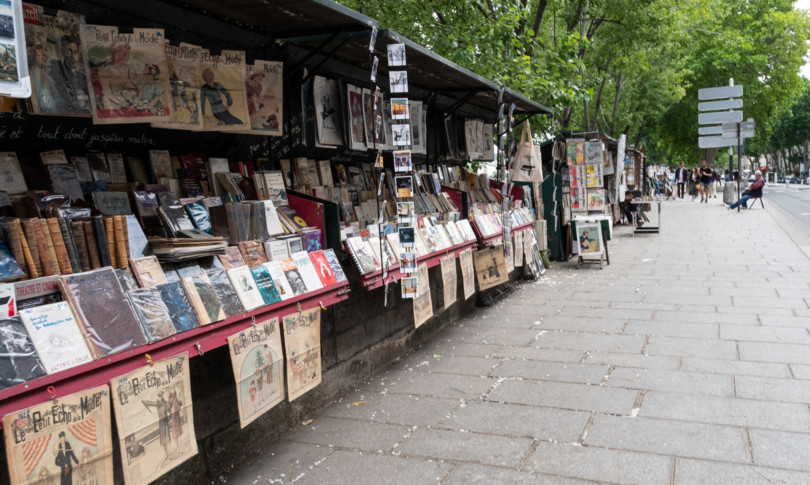 In Paris the ‘bouquinistes’ are part of the landscape. These used book sellers on the banks of the Seine, more precisely on the ‘quais’, they have been there for centuries and are often associated with the Latin Quarter, the Louvre and Notre-Dame, also for the numerous postcards produced and photographs published in magazines all over the world. With Covid they too are not doing well, above all due to the lack of tourists, who represent the most important slice of the clientele.

“Some of our colleagues don’t open much anymore, they have surrendered to the current situation”, one of them, Jean-Pierre Mathias, explains to France Soir. His ‘boite’, that is the ‘boxes’ resting on the parapet of the embankment that contain the volumes, “are 100 years old and still open,” says the 74-year-old.

“They allow me to stay healthy and a bouquiniste only stops when he cannot really open them anymore.”

Few bouquinistes have been open for a couple of months: “We make a lot of presence, we have to hold on”, says Jerome Calais, president of the cultural association of the category, specifying that “only a quarter of our customers come from Ile-de-France”, the Paris region. In this month of January there are 18 free positions on the quais. The Paris municipality has launched an appeal to submit applications until 18 February.

“We are looking for book specialists to keep alive the largest open-air bookstore in the world “, explains Olivia Polski, deputy mayor of the capital with responsibility for trade. For the moment only 25 applications have arrived, while there were about sixty in the past years for the same number of positions “But there is still a month left”, observes Polski trying to be optimistic.

To give a new impetus to their business, the bouquinistes, together with the Municipality, have filed a candidacy for Unesco to be included in the list of intangible heritage of humanity.

“We are an important symbol of Paris, a unique symbol in the world. We have been here for 450 years”, continues Calais proudly. Despite the cold weather, the rare open boites attract onlookers and amateurs. “Here it is different, there are particular books, which have a history and which are sometimes even annotated”, explains a retiree with a passion for books. “But now it is more and more difficult to find them open,” adds the man. Many bouquinists have faced the pandemic trying to improve the offer with ancient and rare editions and with original vintage prints, to attract a more sophisticated clientele. At the moment, however, it does not seem to be enough.