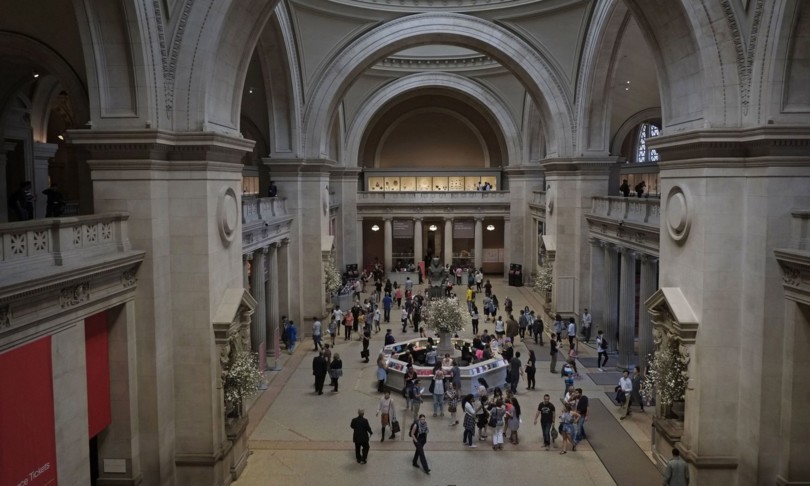 Seven years after announcing a plan for the birth of the contemporary and modern art pavilion, the Met, Metropolitan Museum of Art, is ready to unveil the new, ambitious project, backed by a record donation of 125 million dollars. It is the richest “gift”, announced in November, and confirmed in recent days, ever received by one of the most famous institutions in New York and in the world.

Donors are known to the museum board: Former 83-year-old director Oscar L. Tang, a Shanghai financier who grew up in the United States, and his wife, Agnes Hsu-Tang, 50, an archaeologist and art history scholar. In return, the future wing of the 7,500-square-meter museum will bear their names for at least fifty years.

In this episode of #MetKids Microscope, learn about the science of crystals and salts, and how Met scientists use this knowledge to protect art. pic.twitter.com/OQnbP02eRh

Speaking to the Argentine newspaper ‘Clarin’, the director of the museum, Max Hollein, confirmed the donation: “It comes from inside the Met, and testifies to the trust that the museum places in this very important project”.

The project – which will be presented soon – involves the complete transformation of the Lila Acheson Wallace wing, to create galleries and public spaces in place of a labyrinth considered, over the years, one of the great problems of the New York museum. The total cost of the interventions will be around half a billion dollars. A record investment, which now seems less impossible to make.

“The Met – commented Oscar Tang, the first American of Asian descent to join the board – has the special opportunity to become more global, in a modern and contemporary context”. With this donation, the Tang entered a small circle of philanthropists, who have donated at least one hundred million dollars to finance large-scale interventions on the most prestigious cultural buildings in New York.

Where do you find inspiration? Some look to the supernatural ✨

Secondary Boghossian discovered #Surrealism while living in Paris and London, and through the cultural leaders of the Black self-affirmation movements of Négritude and Pan-Africanism.

Among them, the oilman David Koch, who financed the renovation of the Lincoln Center dance theater; financier Stephen Schwarzman, who financed the work for the Public Library, and film producer David Geffen, who covered all costs for the restyling of the Avery Fisher Hall, also at Lincoln Center. The Met is not the only one to benefit from the generosity of the Tangs: millions of dollars have been donated over the years to the New York Philarmonic, the universities of Yale, Duke, Harvard, Berkeley and for the creation of the Tang Center for Chinese studies. at Columbia.

In 1997, the financier had donated 14 million to the Met for the purchase of Chinese art. Another fifteen were given in 2015 to create an event linked to Asian art. The record-breaking donation arrived in November. Now all that remains is to see the project revealed, to discover the new direction that the Met intends to take.