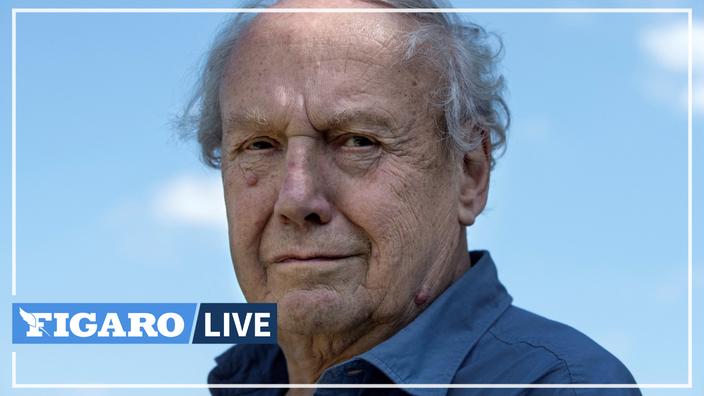 DISAPPEARANCE – The designer was 83 years old. His work has inspired generations of science fiction writers, Star Wars at Avatar.

He is a comic book legend who has bowed out. The father of Valérian and Laureline Jean-Claude Mézières, co-creator of the famous saga, died on the night of Saturday to Sunday, announced his publisher Dargaud to AFP.

“The name of Mézières is first associated with the characters of Valérian and Laureline, of which he was the co-creator and which he drew for more than 50 years alongside his scriptwriter and childhood friend, Pierre Christin“recalls the editor. Appeared in Pilote magazine in 1967, Valérian and Laureline are two space-time agents who live in the future, in Galaxity. Their adventures spanned 22 albums, including the latest OpenTime was released in 2010. During their space adventures, the duo lost their planet and sought to return to their time. To do this, they had to obtain the OpenTime, a metaphor for Pandora’s box.

With this climax, Jean-Claude Mézières and his accomplice Pierre Christin wanted “come full circle in style, while we’re still in good shape. Valérian is a great space opera whose ferment is finally the couple of Valérian and Laureline“, they confided at the time to the Figaro. The temptation to return to it had pushed the accomplices to finally design a special album The future is advanced. The second and last volume was released in 2019. Jean-Claude Mézières admitted certain signs of weakness that he feared so much. “I have less and less (…) grace, spontaneity,” he pointed to BFMTV.

Their emblematic tandem had the right to a film adaptation under the leadership of Luc Besson, with Dane DeHaan and Cara Delevingne. But their Valerian and the City of a Thousand Planets had not found the expected public and critical success. This failure had further weakened the studio of the director of Big Blue, EuropaCorp.

However, Jean-Claude Mézières influenced many authors after him. By George Lucas and his Star wars to James Cameron and Avatar. ” From The Empire of a Thousand Planets at Welcome to Alflolol, remarked Mézières, we have become accustomed to cinema, this great vampire, borrowing our themes and the imagery of the future that we have put in place over the past forty years. But we will say that it is the price of success. »

Born on September 23, 1938 in Paris, and having grown up in Saint-Mandé, Jean-Claude Mézières had known Pierre Christin during a bombardment in 1944, during which the families of the two children had taken refuge in the same cellar. . This fan of drawing and Tintin, who tried his hand at comics from the age of 15, studied at the School of Applied Arts in Industry and Commerce (“Arts’a”), specializing in “fabrics and wallpapers” . It was published for the first time in 1955, in the weekly Coeurs vaillants.

After his military service, where he was sent to Algeria, he was hired as a model maker then illustrator at Hachette, then assistant photographer in an advertising studio. He leaves for the United States, where he will practice as a cowboy, and there meets his wife, Linda, a student of Pierre Christin who teaches in Salt Lake City.

Jean-Claude Mézières has also worked in illustration, photography, cinema, in particular on The fifth Element by Luc Besson, and television. “His high standards, his energy, his strong personality, his benevolence, his simplicity, his joie de vivre, his curiosity, made him a precious and deeply endearing being”, greeted Dargaud.