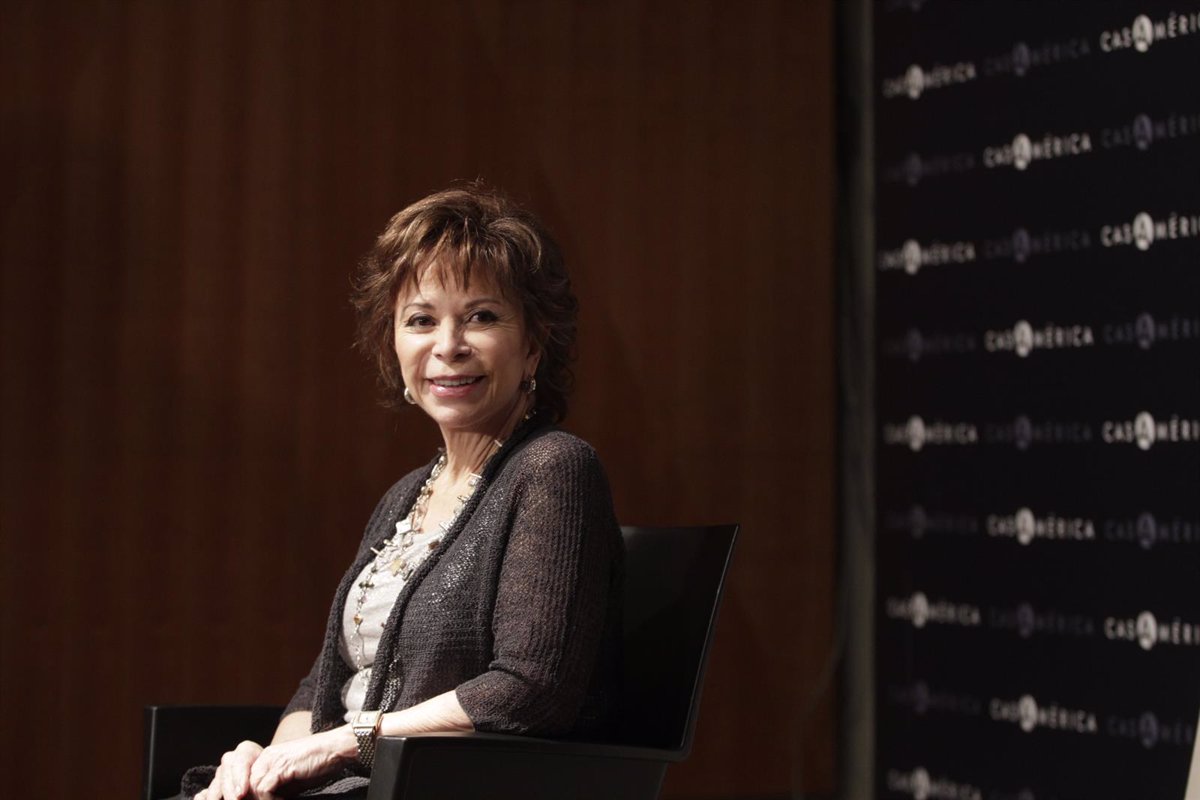 The author of ‘The House of the Spirits’ supports the new Chilean government: “A ‘Venezuelanized’ Chile is not going to happen”

The writer Isabel Allende, who is publishing her new novel ‘Violeta’ (Plaza & Janés), considers in relation to the demolition of statues that, although history “should not be eliminated but revised, the wisest thing would be for it to be taught as it should be teach: not only as the victorious white man tells it, but with the version of the defeated”.

“You cannot always eliminate those symbols that remind us of that past, but you have to review it. Now there is a whole controversy in Chile because Neruda confesses in his memoirs that he raped a woman and Chilean feminists want to eliminate it. But one thing is the failed man, that we are all failed, and the work is another,” Allende pointed out when asked about this practice.

“If in the case of an artist like Neruda we are going to keep what he did and review his private life, no puppet may be left without a head,” warned the author of ‘The House of the Spirits’ during the press conference presentation of his new novel.

Allende has been “delighted” with the new government announced by Chilean President Gabriel Boric, in which there is “a solid intention to have parity” and a commitment to young ministers, and with which he sees it impossible for “a Chile ‘Venezuelanized'”.

“It’s time for the old goons to go home and play bingo,” said Allende, who went into exile from Chile more than 40 years ago. The writer has acknowledged that despite living outside her country of origin, she carries it “under her skin and it reappears” in many of her novels.

Also in ‘Violeta’, where its protagonist would see this new Chile “with good eyes despite coming from a social class that would not vote for Boric.” “In Chile there has also been a campaign of fear directed at those social classes that was based on insecurity, greatly exaggerating something that happens in all countries and creating a campaign of terror, warning that the country would end up like Venezuela. And a ‘Venezuelanized’ Chile is not going to happen,” the writer settled.

Allende does not believe that this 21st century is “worse” than the last century, among other reasons because he distrusts society’s “kind of illusion” regarding the past. “No time in the past was better, I know that because I write historical novels: the world moves forward, but not slowly or in a straight line,” the Chilean author acknowledged.

In fact, Allende believes that this pessimism is motivated by an excess of ‘over-information’. “It is true that the world we live in is very complicated and we know what is happening everywhere, that is why we are overwhelmed, because everything is bad news. But a lot of good is being done and progress is being made and for every horrible thing that happens too there is another good thing”, has defended.

In ‘Violeta’ Allende bets on telling the “turbulent” story of a woman who begins in 1920 –with the so-called ‘Spanish flu’– and dies with the 2020 pandemic. Despite admitting that it could be inspired in part by her mother, Allende, has lamented that she could never “live alone.” “My mother did not have an extraordinary life because she never had the economic freedom that I always wanted for her. And there is no feminism without economic independence.”

“I live very up to date with the situation of women because I have a foundation in which we work with women more and I am in contact with their problems. I am delighted with the feminist wave of now, with extraordinary women, and that is being incorporated into what I write: I have not stayed with an idea of ​​feminism from the 80s”, she concluded.