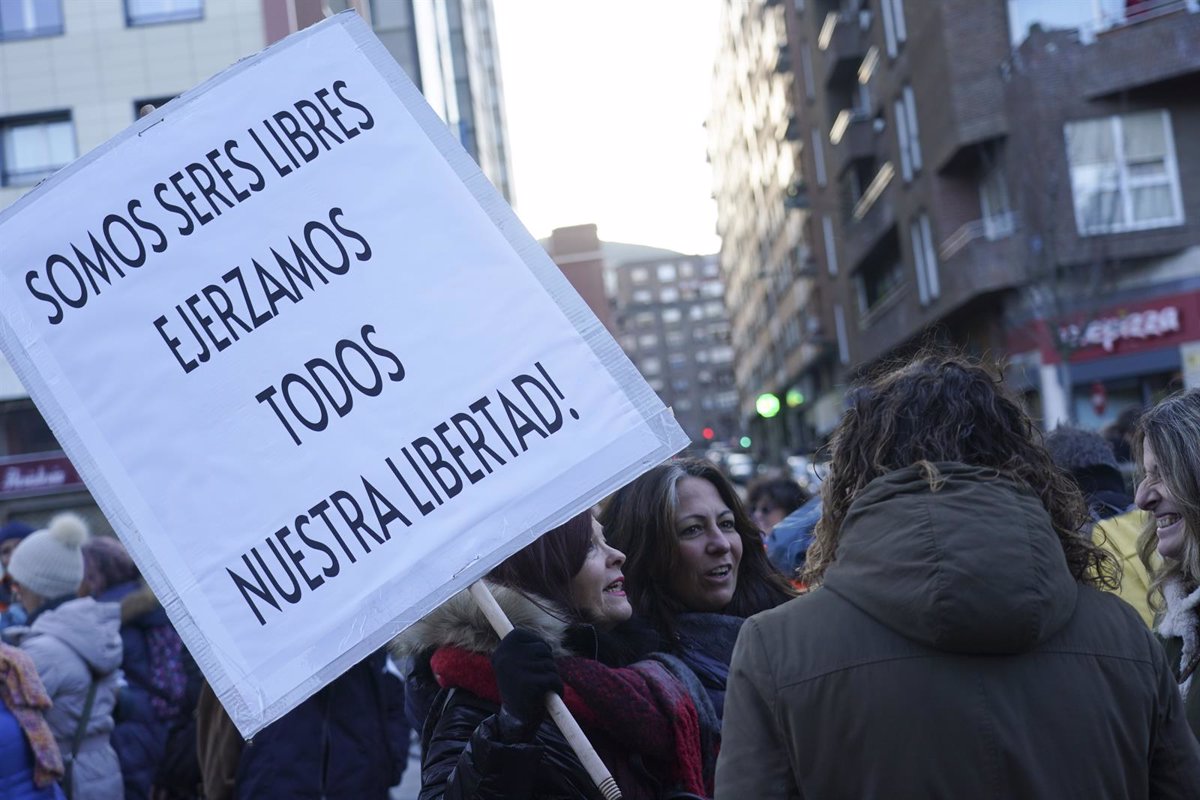 The philosophers Javier Gomá, Victoria Camps and Francisco Savater have reflected on the ethics of the measures imposed by the pandemic and the movements contrary to them, such as the anti-vaccines, who have been warned that the defense of the “freedom of the individual no matter what pass” is an “extremism that is never good”.

Within the framework of the current situation of the pandemic and before the groups opposed to the restrictions, Camps has defended that the measures have been “proportionate” to the “danger” and the “uncertainty” that the Covid-19 has generated.

“In the pandemic, it has been perfectly justifiable to give priority to other goods and realize that they had more value than individual freedom,” he said, in statements to Europa Press, referring to the value of public health, security and protection. of health systems.

“It is fully justified to restrict freedoms, let alone vaccines, which have been shown to be effective,” he continued, while describing the movements against restrictions and anti-vaccines as “strictly politicized”.

In her opinion, these, “associated with negationism”, show rejection of any imposition “without reasoning, without thinking, without even relativizing the needs of each moment”.

“It is an expression of an extremely neoliberal conception of freedom, the freedom of the individual no matter what happens and regardless of the consequences. That position is not logical, it is absurd. It is an extremism that is never good, and in the long run it shows that they are not positions that can be universalized either because they do not lead to a collective good”, he asserted.

However, she has urged to assess all measures from the perspective of the situation at any given time and based on what should be favored “in the first place”.

“It cannot always be said that freedom, economic recovery or health protection must go first, it all depends. And that depends prevents us from giving answers a priori and forces us to discuss the necessary differing points of view,” he stressed. her.

In this way, he has appealed to the “civic spirit”, which, from his point of view, is “trying to dispense with individual, partisan, partial and politicized interests, in the worst sense of the word, and reflect on what is best for out of the current crisis”.

The philosopher Fernando Savater has underlined, for his part, the morality of the measures taken in the pandemic “in the sense that they are the ones that the Administration has the obligation to take because it offers services to treat people.”

“Since it is a responsibility of the State to offer this service, it also has the right to demand certain behaviors to avoid, in this case, the saturation of hospitals”, he has pointed out.

Likewise, he has made it ugly to go against the measures under the banner of respect for fundamental rights, since these “are constantly restricted” to allow “coexistence.”

“The right to roam freely is restricted every time we reach a traffic light and we have to stop, because circulation is thus established (…) or the freedom of parents with the obligation to educate their children,” he exemplified. upholding these standards. And it is that, in his words, “fundamental rights are accompanied by fundamental obligations.”

On the anti-vaccines, he has called their behavior “irrational” and has referred to the current movement as a set of “nuts.” Likewise, he has reminded them that actions have “consequences.”

“One cannot want to take actions against what society asks for, such as not getting vaccinated or even getting infected, and then expect others to follow one by caring for oneself as a free and responsible person.” “Logically, they will take him for someone who is acting in a dangerous way for him and above all for others,” he warned.

For his part, the philosopher Javier Gomá has acknowledged feeling “surprised” by the vaccine apprehension movement. “He has surprised me as much as if they told me that there is a sector of society that conscientiously objects, even putting their lives in danger, taking a shower in the morning or putting on leggings,” he added.

Among the objectors, he has divided those who adduce “prudence” or “fear” due to possible sequels, which “could be understood”, and has pointed out that they are the ones who, subsequently, “consider that what is at stake is life and, For the most part, they overcome that first objection.”

The “second class” of objectors are the “lunatics” who believe that with vaccines some wicked intend to dominate consciences and become masters of the entire world. These, in his opinion, are “childish and superstitious mentalities that need emotional and mental maturation.”

For Gomá, vaccination has now made the disease “more annoying than dangerous.” “Therefore, the risk of contagion is now much less dangerous and the ethical reproach, consequently, is less”, he asserted.

Regarding other measures such as restrictions, he has called for evaluating them from the “temporary opportunity” and has indicated that those at the beginning of the pandemic, at a “deadly” moment, were “justified”.

“Because of the value at stake, human life, especially of the most vulnerable, the legal corresponded to the moral,” he defended. Likewise, he has warned that “developing negligent conduct” that encourages the contagion of a third party could even “be interpreted as collaborating with involuntary manslaughter.”

Regarding the perspective of fundamental rights, he has urged “not to forget” that the Constitution “allows its limitation by states of exception and alarm”, but has regretted, as he did when it was agreed, that its application “for months “, as was done in Spain, is “illegal” and “contrary to a democratic society.