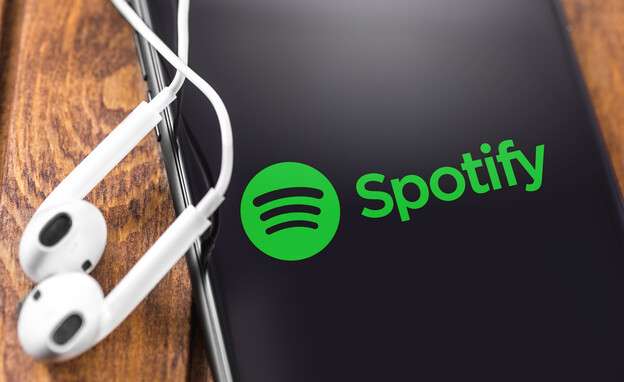 The meeting at which Spotify executives decided to remove Young’s music, if any, was particularly brief. Liang has 6 million monthly listens, Rogen has a $ 100 million contract with the company. On paper, Rogen takes over. But there is a but

If there is a decision that Spotify executives did not give it any further thought, it was probably the decision to give Neil Young what he wanted and remove his music from the platform.

Spotify has faced harsh criticism several times in its history. Taylor Swift and Tom York (Radiohead) protested the low commissions she pays to artists and temporarily boycotted it; In 2017 there was a kind of scandal surrounding nationalist content in the service and last year she had to download an episode where Joe Rogen (yes, the same one) interviews the sleepwalking right-wing man and instigator Alex Jones. But the world’s largest music services giant probably did not think she would get the really painful blow of a 76-year-old Canadian folk singer.

Apparently the beginning of the current entanglement last week, when Young released a public ultimatum to Spotify: Rogen or me. Young claimed, rightly and not for the first time, that the famous podcaster disseminates fake information about vaccines and stated that he refuses to share a platform with him. Two days later Spotify issued an official reply saying she was sorry for Young’s decision but would accept his request.

She probably did not expect a crisis that came 24 hours later. Spotify, Neil Young and the combination of them jumped to the top of the list of trends on Twitter and subscribers simply voted with their hands – according to online reports from the last few hours, the company’s service center collapsed due to a surge of cancellations.

The meeting at which Spotify executives decided to remove Young’s music, if any, was particularly brief. Liang has 6 million monthly listens, Rogen, on the other hand, has a $ 100 million contract with the company, first place on the list of the most played podcasts in 2021 and mostly sponsorship contracts of millions of dollars from advertisers. On paper Rogen takes.

A few months ago Netflix executives chose to side with Dave Shappel and left his transphobic content on the platform. They experienced a very loud public protest that lasted several weeks but as far as is known, not something that hurt their profit line. Spotify must have thought that if issues like copyright, artist fees and sound quality did not drive users away, a protest of an aging rock legend is probably not even a light blow on the wing. As of today, they seem to have been wrong.

Young’s wing farm became a hurricane, the perfect storm. First, in the midst of a fifth wave and omicron the entire vaccinated world probably has very little patience for Pike News around the subject of vaccines. We all just want to get out of the house already. Second, Spotify may be mega-popular (with 318 million subscribers worldwide, 172 million of them paid, it has more users than Netflix boasting 222 million subscribers) but it is also a replacement and for most of its users is a nice to have and not a must have service.

And finally, the moral hand-washing of technology companies and the excuse of freedom of expression regarding incitement just do not catch on here. For years Facebook has been telling us that it’s not her, it’s her users who upload the information and she’s helpless (until it comes to breast pictures, somehow her algorithm eliminates her with suspicious speed), but here Spotify really pays for the right to post Pike News. When Spotify signed without him with Rogen in 2020 she knew exactly what she was getting – a loud and mass comedian with a big mouth, who does not think before he emits, but with tens of millions of listeners. The deal was part of the company’s attempt to offer exclusive content, similar to Netflix’s move a few years ago to original productions, in order to differentiate itself from competitors. But with originality also comes responsibility and it seems that this part of the deal Spotify prefers to ignore.

The company said in response to Liang that they had removed from the platform 20,000 podcast episodes that contained incorrect information, but not Rogen’s episode in question. This is despite the fact that a group of hundreds of scientists and health researchers have signed a petition to download the materials, claiming that they are “promoting lies” about the corona. It is likely that in the coming days the problematic episode will be removed from the platform and the company will try to convey responsibility and an atmosphere of return to routine, but the border has already been crossed.

Spotify has flirted so far with problematic issues but somehow seemed to be harnessing the technology for the benefit of the users. Its year summary list for example is a masterpiece of how monitoring and information gathering become a popular feature. This week she joined a disrespectful line of tech giants that consciously promote and select content that offends users and all she had to do was let us put on Apple and turn up the volume.