The picture of Prince Charles excites the web 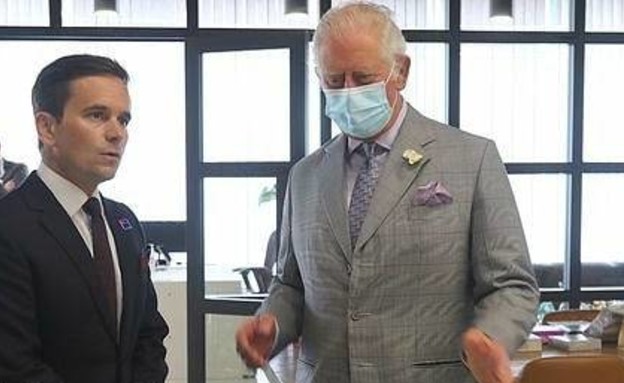 Storm following Prince Charles’ visit to the United Kingdom: Prince Charles, the father of Prince William and Prince Harry, visited the headquarters of Iceland Foods in Wales this week, and in the photos you can see the prince talking to maskless workers. As you may recall, Prince Charles (72) fell ill in Corona and recovered last March.

The British prince visited the main headquarters of Iceland Foods, wandered around the store and talked to the employees. In most of the photos from the visit, it can be seen that all the employees are wearing masks, but in the photos posted in which Charles talks to one of the company’s executives, Richard Walker, it can be seen that the young manager does not follow the instructions, while Charles does.

People involved in the details and talking to the British Mirror told of the bizarre visit, during which the company’s businessman and owner, Malcolm Walker, demanded that employees not wear a mask. “Before the prince’s visit there was a management conversation about the masks, and Malcolm did not like it,” said one of those present at the scene. “Everyone warned him that it might damage the company’s image – but it did not change him. Some of the employees wore a mask and some did not, but it was clear that between the lines the management was told that they were not supposed to wear them.”

Later in the visit the prince dined with a mole in the restaurant, and the businessman also demanded from the staff instead of not wearing masks. “He turned to the chef and told him to take off his mask,” said the man involved in the details. “He told the chef that Prince Charles should hear him speak. The whole visit was bizarre, especially given the fact that all employees were issued branded masks before the visit.”