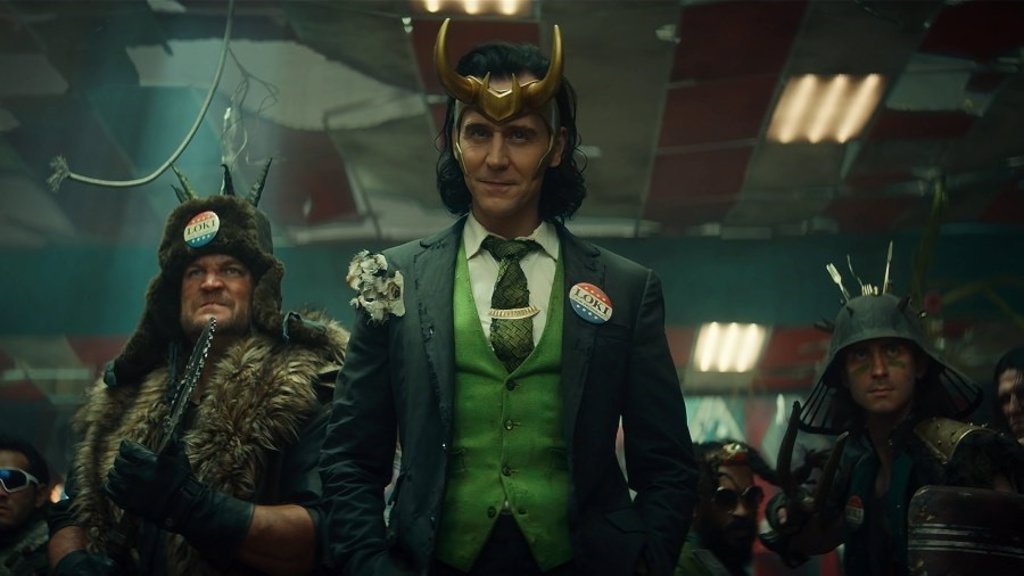 This Wednesday, December 9, comes to Disney + ‘Loki’, the new series of Marvel Studios. Tom Hiddleston reprises his role as the charismatic God of Deception who He has played in up to six films in the Marvel Cinematic Universe blockbuster in this six-chapter fiction marked by time travel and alternative realities.

“I have no doubt that if they continue to allow me to play Loki it is because the character means a lot to many people“, said Hiddleston while reviewing his career within this franchise, which extends beyond a decade, during the press conference to launch the series.

A virtual meeting with the media in which the actor was accompanied by the president of Marvel Studios, Kevin Feige, screenwriter Michael Waldron, director Kate Herron and several cast members, including one of Marvel’s latest big signings, Owen Wilson.

‘Loki’ is the third series set in the Marvel Universe that premieres on the platform after the successes of ‘Scarlet Witch and Vision’ and of ‘Falcon and the Winter Soldier’. On this occasion, the villain will be forced to collaborate with the Temporal Variation Agency in an investigation that will take them to visit different times and diverse places.

The British interpreter, who is currently nominated for a Tony Award for his performance in the play ‘Betrayal’, has confessed that when he started his work at Marvel ten years ago “he did not even know who Loki was”. “I love doing this character and have always loved him, I feel very lucky to be here.”, Hiddleston pointed out before adding that with a role like this there is “an enormous range of possibilities” that makes it come to life “never be the same twice“.

The charismatic antagonist is joined this time by Owen Wilson to play Mobius, an honest and disciplined civil servant. Temporal Variation Agency that, with its dialectical ease, will serve as a counterpoint to the ‘God of Deception’. “Tom was very kind to introduce me to all the Marvel and Loki mythology, answering my questions and helping me understand everything once we had started filming, “says Wilson.

In this sense, Hiddleston has recognized that it was a challenge to remember his career throughout the six Marvel films in which he appears. “Mobius is an expert on Loki, he knows more about him than Loki himself“, said the Briton, who helped Wilson by sharing with him all his personal experiences and experiences within the franchise. To do this, Hiddleston had to answer questions that made him rethink aspects of the character that he had never considered.

A PROJECT THAT HAS TAKEN SHAPE OVER TIME

The truth is that the actor who gives life to this villain is not the only one who had to rethink some aspects of the character. Own Kevin Feige has recognized that when they filmed ‘Avengers: Infinity War’, they thought Hiddleston’s involvement in the MCU was over. “We knew we were going to do the series when we started filming ‘Endgame’,” explained the president of the studio, who also recognized that one of his favorite things about this film was “hearing how people came out saying that we had forgotten to explain what happened to Loki”.

Although the project was already underway at the time, the first ideas around the series were very different from what has finally materialized. “Our idea was to make a short film that would follow Loki running the Studio 54 nightclub for a decade in the 70s.“, Feige has confessed, who has clarified that the project changed radically after the incorporations of Michael Waldron and Kate Herron.

Herron has recognized that the investigation plot, central axis of the series, is “heavily influenced by film noir, specifically by films like ‘Seven’ and ‘Zodiac’ by David Fincher or ‘Silence of the Lambs’“.

A statement to which Feige points out that “the true influence has been Kate”, since the Marvel director has confessed to feeling somewhat lost with the project before the incorporation of the director. “The meetings with Kate were the ones that allowed us to have a way forward“, says the president of Marvel Studios.