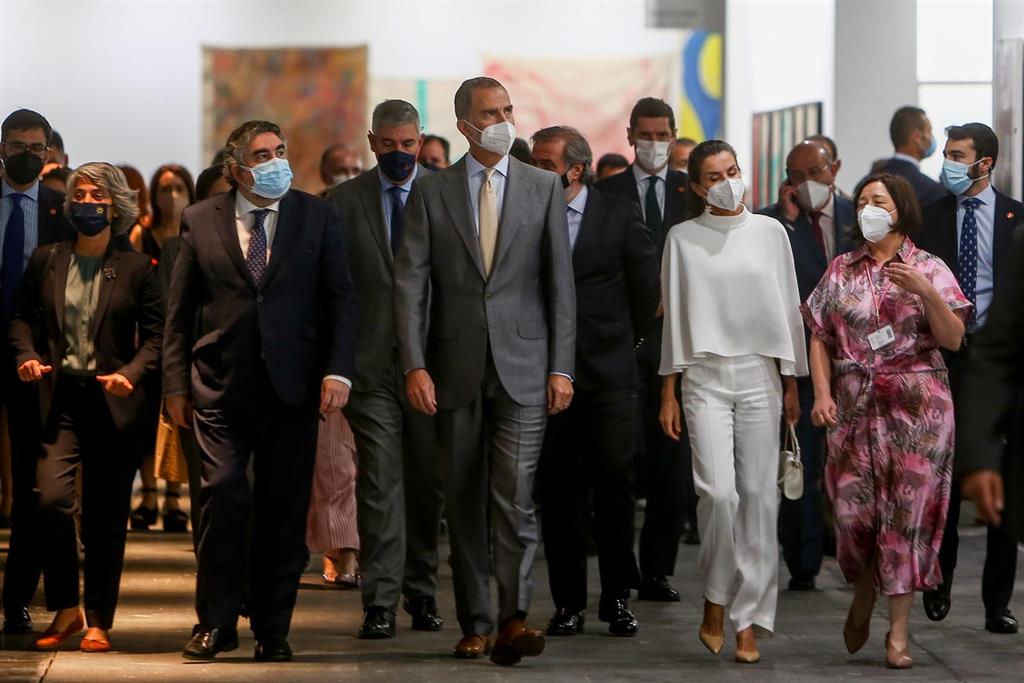 The Minister of Culture and Sports, Jose Manuel Rodriguez Uribes, has stated this Thursday, July 8, that the signing of the contract for the collection of Baroness Thyssen to remain in Spain for a period of 15 years and with the inclusion of ‘Mata Mua’ it is “a matter of days” it is only in the absence of “closing fringes”.

“It is going very well and we are closing the fringes of the contract, there is no problem. The point is that you have to finalize a contract and you have to make a rule, which passes through the Council of Ministers, and that requires a formal contract. But it is a matter of days, there will be news soon, “said the minister in statements collected by Europa Press during his visit to the ARCO fair.

Uribes has reiterated that he is “very satisfied after 20 years of uncertainty” regarding a collection that is “fundamental.” “This means bringing the two large collections together and gives us stability and legal security for the next fifteen years.“, has pointed out.

At the end of last June, Cultura and Carmen Thyssen agreed to extend the signing of the contract for the third time. In previous deferrals of the signature both parties have already clarified that “there is no problem” and attributed these extensions for the signature to “bureaucratic procedures”. “They are technical nuances and at the moment the important issues were already in the pre-agreement. It is only a matter of time,” they assured.

“The matter is going well and the agreement is made. The central elements are and now are the lawyers of one party and the other finalizing the details of the contract,” said the Minister of Culture and Sports, José Manuel Rodríguez Uribes, in statements collected by Europa Press during an official visit in Rome last May.

The minister advanced that when the document is ready “From the legal point of view” will be signed in an act in which the son of the baroness, Borja Thyssen, will also be present., which is co-owner of part of the collection.

This is the third extension given to sign this agreement, originally scheduled for last March. The agreement with Baroness Thyssen was reached on January 29 and contemplated that her collection would remain in Spain for a period of 15 years and with the inclusion of Paul Gauguin’s ‘Mata Mua’, which left the museum in June last year.

The agreement would entail the payment of 6.5 million euros per year to the baroness, although both parties gave themselves two months to negotiate the final contract, finally extended for three more months.

In the Informative Breakfasts of Europa Press held on March 8 in Madrid, the minister referred to the aforementioned agreement, highlighting their “commitment” to include the return of ‘Mata Mua’, that along with the other works he had left Spain “because he could.” “Until we have reached this agreement, the works belong to the baroness and she had the right to remove them,” said Rodríguez Uribes.

The loan of the 429 works in the collection owned by Carmen Thyssen was signed in 1991 for a period of ten years and, since then, It has been renewed annually since 2011. At the beginning of 2017, the baroness demanded a new framework for relations with the State from the Ministry of Culture, understanding that the contract was “obsolete.”

Since then, the Ministry, initially with Íñigo Méndez de Vigo, then with José Guirao at the helm and now with José Manuel Rodríguez Uribes, have held negotiations with Carmen Thyssen for the signing of a new contract that has made it necessary to periodically renew the State guarantee of the works.