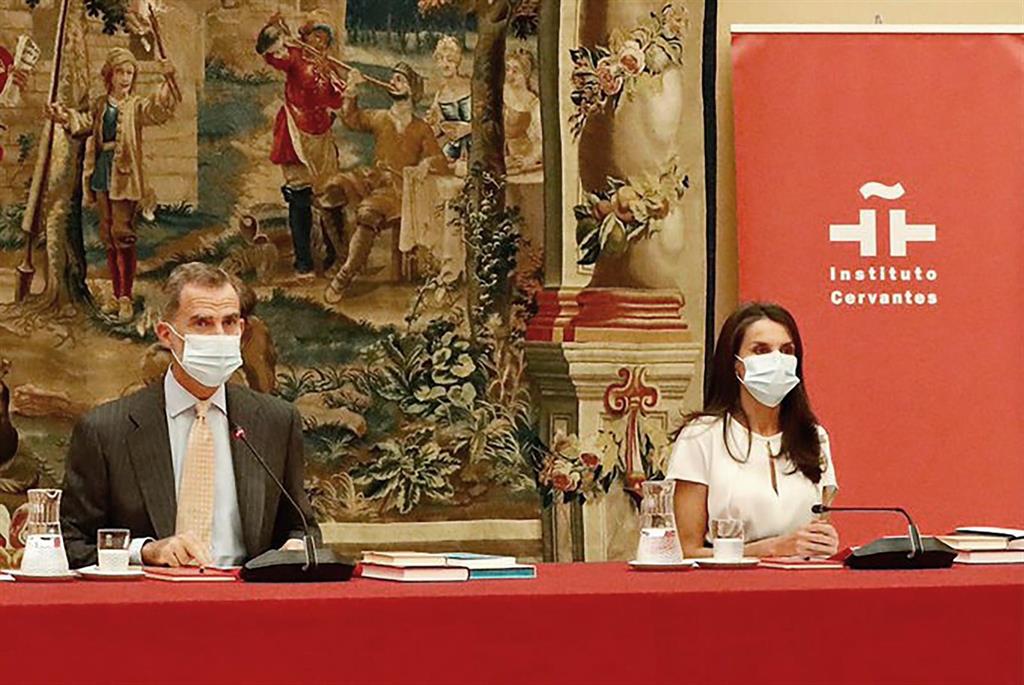 The Cervantes Institute has launched, on the occasion of its 30th anniversary, the ‘Ñ’ Award, which will be delivered by King Felipe VI and will distinguish prominent personalities for their work in the international dissemination of the Spanish language and that in its first edition it has fallen on the teacher Barbara Fuchs.

Professor at the University of California (UCLA), in Los Angeles, Fuchs is the author of numerous books and founder of an initiative for the knowledge of the Spanish Golden Age. President Pedro Sánchez, which will begin an official trip to the United States on the 20th, will deliver the diploma accrediting the award on July 22 at said university.

The ‘Ñ’ Award may be awarded to individuals or legal entities, public or private, who have promoted the Spanish language in the world or have a history of special dedication to its international promotion.

The election of Barbara Fuchs – out of three candidates proposed by the director, Luis García Montero – was approved at the Cervantes Board of Directors meeting held on May 19.

This new honorary distinction, whose first step dates back to the year 2005, is now being launched within the framework of the 30th anniversary of the birth of the Instituto Cervantes (March 1991) as an institution for the dissemination of Spanish and the culture of Spanish-speaking countries.

Barbara Fuchs is a professor of Spanish and English at the University of California (UCLA), Los Angeles, where she has also been director of the Center for 17th and 18th Century Studies and the Clark Memorial Library. Before that, she was a professor at the universities of Washington and Pennsylvania. He has earned numerous postdoctoral fellowships, including from the Guggenheim and Andrew W. Mellon Foundations.

In 2014, he founded the Diversifying the Classics Project, an initiative that aims to foster knowledge and interest in the Spanish Golden Age and provide theater professionals with the materials and tools to explore its rich tradition.

Fuchs is the author of numerous books, a co-editor of works such as The Golden Age of Spanish Drama (2018), and a translator of plays into English. He has published multiple articles on European literature and culture in the Modern Age. She was editor of Hispanic Review (2007-2009) and since 2017 is editor of the series The Comedia in Translation and Performance.