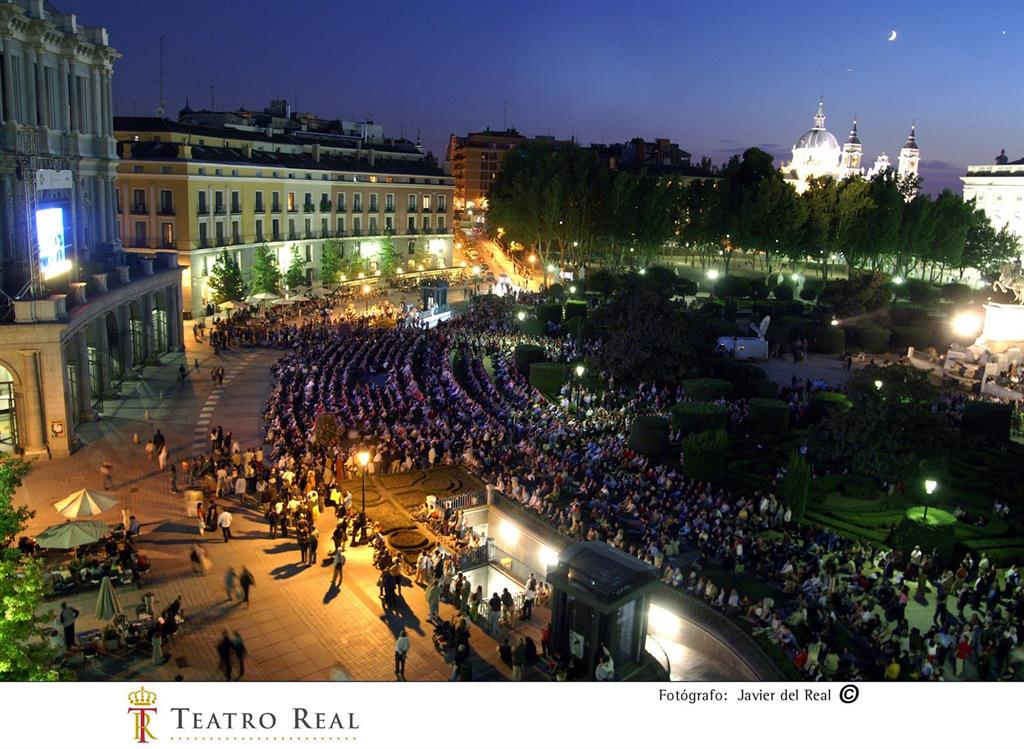 The Royal Theater will install two screens outside for the broadcast this Saturday, July 10, of the opera ‘Tosca’, by Giacomo Puccini, production that closes the opera season at the Teatro Real in a scenic version by Paco Azorín.

The screens will be installed in Plaza de Oriente and Plaza de Iabel II, with a capacity limited to 1,000 seats (500 in each square) and in accordance with the health safety regulations of the Community of Madrid.

The lag of an hour and a half in relation to the start of the opera on the stage of the Real It aims to avoid the heat and excessive light that can occur at 7.30 pm, time for the start of the show. The screening will begin at 9:00 p.m. The concert directed by Dudamel will be screened from 12 noon.

This Tosca broadcast can be followed, at the same time, on the Teatro Real’s YouTube channel (https://youtu.be/2g1NExVB5so) and will also be offered, free of charge, at 9:00 p.m., on MyOperaPlayer (https: // www.myoperaplayer.com/directos/tosca). La 2, of TVE will offer the opera on Sunday, July 11, starting at 11:00 p.m.

In addition, The broadcast of the concert commemorating the 250th anniversary of the birth of Ludwig van Beethoven is also scheduled for this Saturday., with Gustavo Dudamel at the head of the Orchestra of the Teatro Real, which was held in September. The concert can also be seen on the screens in the Plaza de Oriente and Isabel II from 12 noon.