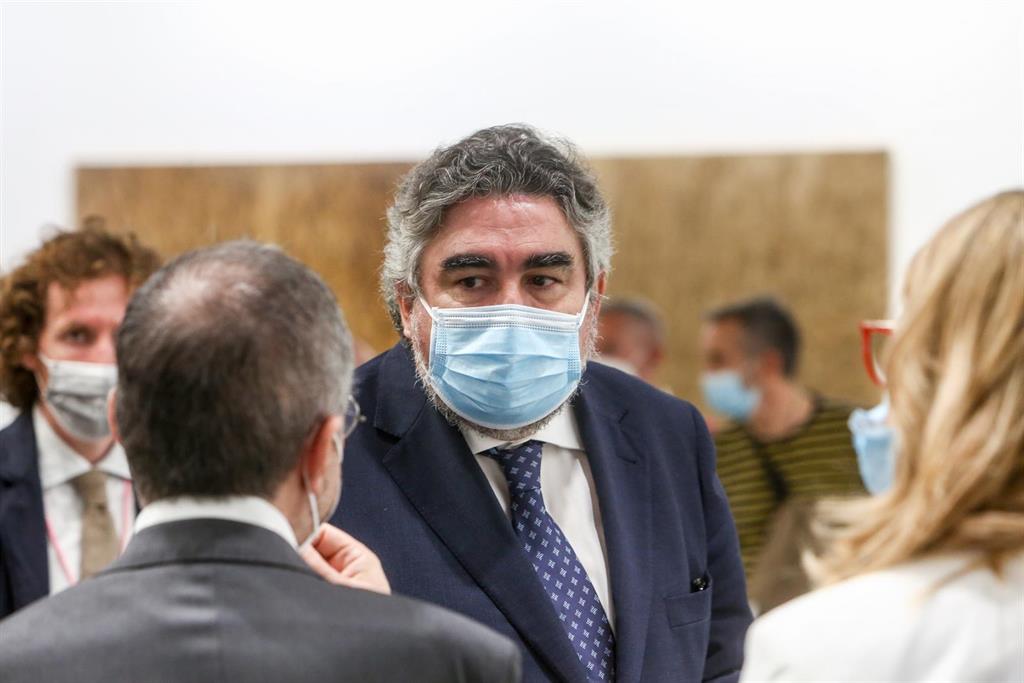 The Minister of Culture and Sports, José Manuel Rodríguez Uribes, during the inauguration of the ARCO contemporary art fair – Ricardo Rubio – Europa Press

Latest news on the reshuffle of the Government

The new Minister of Culture and Sports, Miquel Iceta, assumes a portfolio that has been marked by the difficulties in management caused by the coronavirus pandemic and with key issues that continue to be on the air, such as the Artist’s Statute or close the signature to Baroness Thyssen for her collection.

In the legislative section, the Statute of the Artist has yet to be developed, an initiative agreed in previous legislatures and which, as the outgoing minister has been reminded on numerous occasions, would have been ideal to pay for some financial aid due to the intermittency of the workers.

For the moment, since last July the Interministerial Commission has already been created that will work to outline the future Statute of the Artist. Uribes wanted to leave it closed “before vacations” with the participation of all the ministerial portfolios concerned in the text, with a leading role for the Treasury and Social Security.

The art sector has also played a special role, especially due to the agreement with Baroness Thyssen for the rental of her collection, reached three months ago and which has been extended several times. Precisely, in the last Arco fair, Uribes advanced that the signature was already “a matter of days”, which would mean a 15-year rental of more than 400 works – including the ‘Mata Mua’ – and put an end to ” 20 years of uncertainty “.

The Cinema Law will be another of the challenges that Iceta has to face, since at the moment this legislative text is in public consultation that will end on July 25. The objective of Culture was to have the process completed in the last quarter of 2023 to “update” the scope of the Law and adapt incentives and aid to cinematography and audiovisuals.

The transposition of the European copyright directive, which has confronted publishers with platforms such as Google, was scheduled for this June and is finally still pending. There has also been talk in this legislature of a Patronage Law of which, for the moment, there is no news.

The outgoing minister is credited with the launch of an Audiovisual Hub, or the recent approval of the draft Law for the Reform of the Spanish Historical Heritage Legislation –with cinema included–, which will now have to develop the new Minister of Culture.

LIGHTS AND SHADOWS OF URIBES

José Manuel Rodríguez Uribes took office in January 2020 and just a month and a half later the pandemic broke out, also hitting the cultural sector hard due to the forced closures. The leader himself has recognized on several occasions that this situation has limited his radius of action, apart from the criticism that his initial action aroused.

A phrase in his first public appearance with the coronavirus – “first comes life and then cinema, but life, without cinema and without culture, has little meaning and is not very human” – attributed to Orson Welles, he assumed the first criticisms of the sector, which considered that its economic contribution was being neglected.

However, shortly after, the first cultural financial aid began to arrive – with the Royal Decree of May 5 – and it managed to straighten the situation, at least with most of the cultural representatives. Although bullfighting felt displaced at the beginning of these aid, later they were included in a second batch and there have even been winks during Uribes’ mandate to the bulls, with the Gold Medal of Fine Arts to the Real Maestranza, for example.

Throughout these months, it has taken off as Spain is one of the countries known as a ‘cultural exception’, thanks to the fact that theaters and cinemas have been open since June last year. It has not been the same for music and, especially, for concerts, whose workers have felt displaced from the minister’s focus of attention.

In fact, through the movement known as Red Alert, several mobilizations have been called in the last year due to restrictions that were “endangering the way of life of hundreds of thousands of families in the events and entertainment sector.”