The exciting reunion of Gal Gadot in Los Angeles 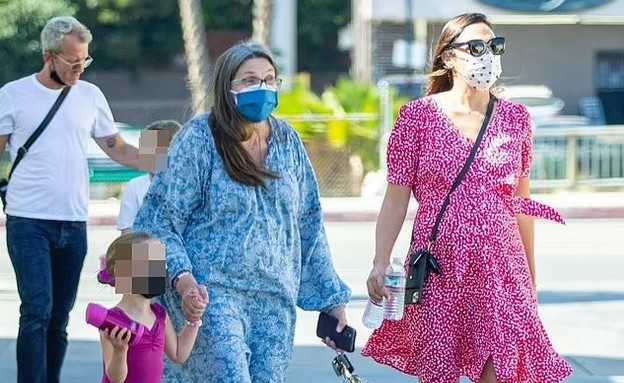 We in the system count the days until Gal Gadot, after all she is our Wonder Woman overseas, will increase the family and become a mother of three. Gal announced to the world that she was pregnant again about three months ago, and since then we in Israel have been waiting in anticipation for the exciting birth. When the paparazzi photographers caught the star on a family trip especially to Los Angeles – we had to tell.

Gal (36) was photographed in a rare and especially family.friendly tour of Los Angeles. Gal marched with her husband, Yaron, their daughters, Alma (9) and Maya (4), and was joined by a significant reinforcement actress, Gal’s mother – Irish. The group walked around the city equipped with masks but especially smiling, and made us want more pictures of the most beautiful family in the world.

Gal’s mother came to visit after a long period in the country, during which we spent many months with the corona virus that ended in a vaccination campaign, and after a few days of routine – the “Wall Guard” operation began. Apparently the planned flight was scheduled and canceled many times, and now we can not hide the excitement from the happy reunion of the whole family.