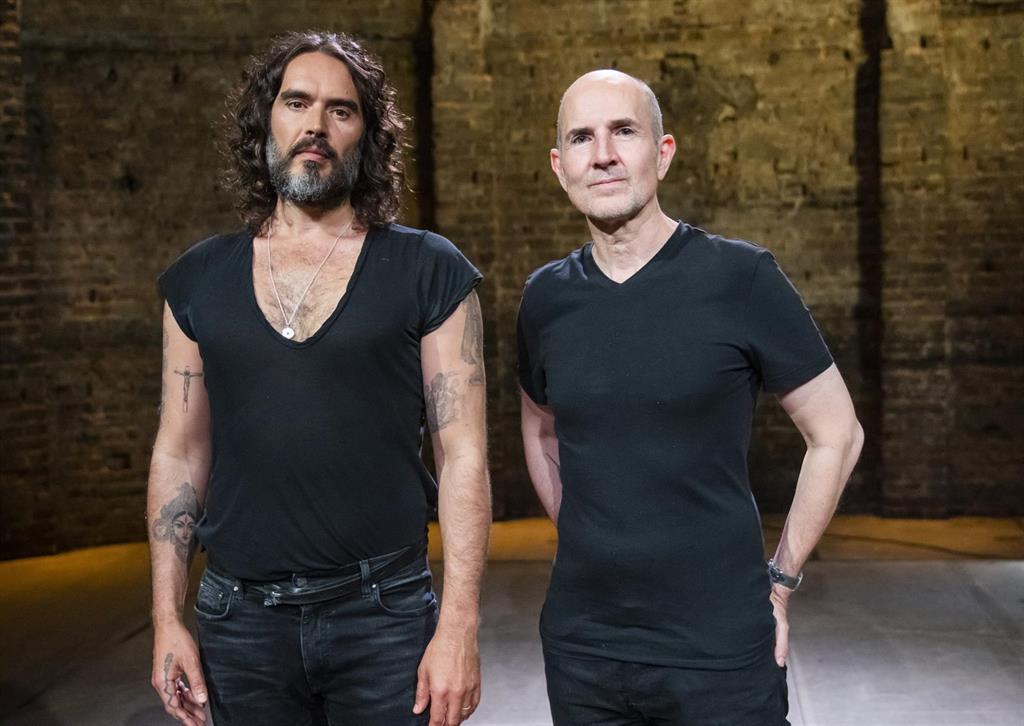 Russell Brand endorses the vital lessons of the enormous literary collection of William Shakespeare en ‘Our Little Lives: Shakespeare & Me’, the play in which it promises humor and moments of reflection and of which the public from all over the world you can enjoy streaming through LIVENow. It will be the July 14 when this filmed version of the montage directed by Ian Rickson whose tickets are already on sale on the platform.

The play was conceived by Russell Brand with Ian Rickson, which was originally developed in collaboration with theater producers Playful Productions at the Bush Theatre de Londres. It was also subsequently performed at the Bristol Old Vic and Royal and Derngate, Northampton in 2018. The production was scheduled for a season in London’s West End, but plans were cut short due to the pandemic. A context of closed scenarios that LIVENow and Remedy took advantage of to create a filmed version of the work and to give the public the opportunity to see it before its return to the London stage.

‘Our Little Lives: Shakespeare & Me’ addresses the life of the actor of ‘Artur, el bachelor de oro’ or ‘Paso de ti’, through Shakespeare’s code in a demonstration of how the author’s language of ‘Romeo and Juliet’, ‘Macbeth’, ‘Twelfth Night’ or ‘Hamlet’ can be applied to modern life. In this work, Brand makes use of the famous soliloquies of the most universal works of the British master to reflect universal problems through the prism of his personal experience of Russell.

“We have created a play that explores the meaning, ritual, theater, shamanism, power and ownership of language and the potential of culture to drive real change. Also, a dog also acts (my dog)“, says Brand. For his part, director Ian Rickson emphasizes that it is” a play about Russell’s life, shown through Shakespeare’s dynamic code “that also”is closely related to language“.

“Who owns it? Who has access to it? Who has a voice and who doesn’t? Also, how is it ‘portrayed’ with it and how does it affect conscience. Its central axis is Russell’s own story, in which exciting moments in his life are captured to illuminate and contextualize text choices“reflects Rickson who has directed plays at the National Theater, Young Vic, in the West End and at the Royal Court where he was Artistic Director. While there, his productions included ‘Jerusalem’, ‘The Weir’ and ‘The Seagull’ Most recently he directed ‘Walden’ in the West End.

‘Our Little Lives: Shakespeare & Me’ will be filmed before the public, respecting all sanitary security measures, at the Almeida Theater in London and will air in Australia, the US and the UK on July 14 starting at 7:30 p.m. (local time) and Each ticket offers the possibility of viewing the work for a period of 24 hours.

Tickets are already on sale at LIVENow and there are three modes available: Simple entry that, at a price of 15 euros, gives access to the work that will be available for 24 hours; a pase premium that, at the price of 20 eurosAlong with the viewing of the play, it includes a subsequent conversation between Russell Brand and the director and access to exclusive behind-the-scenes images; and a VIP pass from 30 euros that to all the above adds an exclusive program and a digital poster of the show.