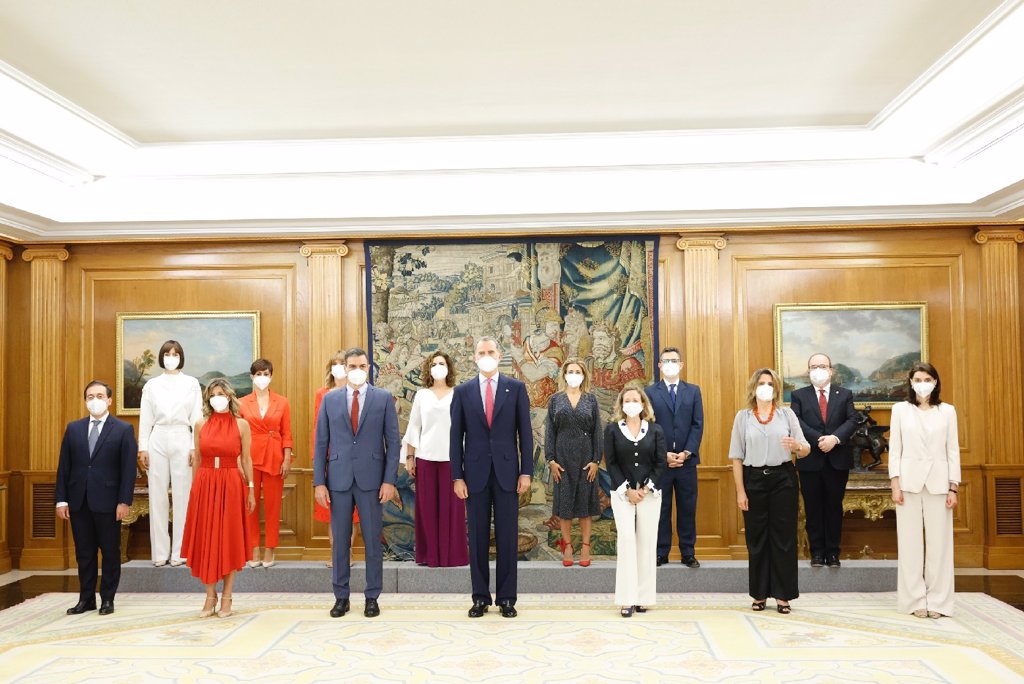 The new ministers and vice presidents of the Government of the PSOE and Unidas Podemos have promised their positions this Monday in the Audience Hall of the Palacio de la Zarzuela and the second vice president and minister of Labor and Social Economy, Yolanda Díaz, has resorted to the formula “Council of Ministers “.

In a ceremony held before Sánchez and before King Felipe VI, Nadia Calviño, Yolanda Díaz and Teresa Ribera took office as first, second and third vice presidents, respectively. They have done so before a facsimile copy of the Constitution edited by the Cortes Generales in 1980, opened by Article 100 of Title IV, which deals with the Government and the Administration.

Until now, Carmen Calvo was the first vice president and Calviño, Díaz y Ribera held the Second, Third and Fourth Vice Presidencies, but the departure of the Government of the until now Minister of the Presidency, Relations with the Courts and Democratic Memory has led to these changes.

In the case of Díaz, he has distanced himself from the rest of his colleagues because he has finished his promise by saying that he will keep “the secret of the deliberations of the Council of Ministers”, instead of the “Council of Ministers.” After the departures and appointments announced last Saturday by Sánchez in the remodeling of the Executive, it is made up of fourteen ministers (64.6% of the total) and eight ministers.

THE TWELVE PROMISE THEIR POSITIONS

The first to assume her new position this Monday has been the Minister of Justice, Pilar Llop – formerly president of the Senate -, who takes her place as Notary Major of the Kingdom, and has been followed by Calviño, Díaz and Ribera.

To end the ceremony held in Zarzuela, the twelve ministers and vice presidents posed for a group photograph with the head of state and Sánchez. In the first row were the president, Felipe VI, the three vice presidents, Pilar Llop and Félix Bolaños, and the other members of the Government lined up in a second row.