The image of Prince George broke the hearts of millions 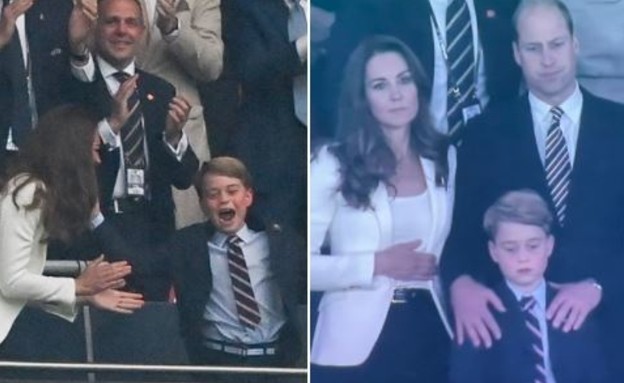 Prince George is Me, when a new episode of #Loki starts

… and Me, when an episode of #loki ends pic.twitter.com/ct6C7EQZyD

Yesterday (Sunday), after a particularly tense game at Wembley Stadium, Italy picked up the European Football Championship, defeating England at its home ground. The thrilling game was attended by all the brightest stars in England, including David Beckham, Tom Cruise and Kate Moss, but the one who stole the show again was Prince George, the seven-year-old son of Prince William and Kate Middleton, who broke our hearts in front of the cameras.

The young prince arrived with his father and mother in the VIP booth of this year’s game, and watched him in concentration throughout. When England scored the first goal and overtook Italy 1-0, the young George jumped in his place excitedly and hugged his excited father and mother, but in the penalty shootout, as the situation worsened for the English, George’s excitement faded, until she became sad. Heartbreaking.

Prince George having the time of his life. pic.twitter.com/JtukgtRQ63

I can’t, this is the cutest, I’m melting
Prince George hugging his mom The Duchess of Cambridge at Wembley tonight pic.twitter.com/IM2wEE4JGc

Excited George also came with his parents to the Euro quarter-final match, in which England defeated Germany 2-0. In that game, George actually left Wembley Stadium excited, which was clearly not possible after last night’s crushing loss. “George’s face sums up my feelings and those of millions more right now,” wrote English politician Peter Wheatley. “But the fact that we have to make it to the finals brings so much happiness and pride to the country. They deserve appreciation and admiration.”

The sadness on Prince George’s face represents all of England: pic.twitter.com/zkUiHL0i3A

Prince George’s expression sums up how I and many millions must be feeling now.

But getting to the final and bringing the country some much needed joy and pride
are things so worthy of admiration. Onwards and upwards ⁦@England⁩ pic.twitter.com/CWIOd5i9gG