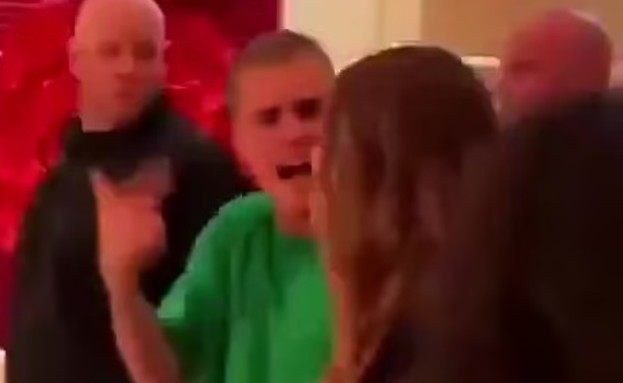 Justin Bieber and Haley Baldwin radiate a good and stable love affair on the outside, but the last video of the two posted on the networks manages to provoke quite a stir.

Justin performed yesterday (Tuesday) in Las Vegas and was filmed a moment after getting off the stage. The star and his entourage marched on their way to the locker rooms amid dozens of avid fans, and then the young star was caught screaming at his wife, Hailey Baldwin.

there’s a different video of justin bieber yelling at his wife in public every week, that boy does not like that girl

” justin Bieber yelling at his wife again.” He wasn’t yelling, he was talking out of excitement. Y’all will do anything to try and cancel him. They were holding hands, btw.

Since the publication of the documentation, dozens of tweets have surfaced regarding the filmed couple incident. “Every week a different video of Justin yelling at Haley comes up. This guy doesn’t like her,” one surfer wrote, and another surfer suggested another option. “Justin did not yell at Haley in this video, he spoke out of excitement. You’re just trying to undo it.”

Another person who was staying at the place gave his angle to the events. “He did not shout, I saw what happened there. He was full of adrenaline. It does not matter how fucked up it seems to you, do not spread false information about someone, especially when you understand that it is not just what you see. It is defamatory.”

He was not yelling and we were there to witness what went down. He was all adrenaline. It doesn’t matter how the fuck it “appears” to you. Dont spread false information on someone especially when you acknowledge that’s just what it appears to you. That’s defamation of character. https://t.co/JDFHzjqXFu