Cheers and applause for Plácido Domingo on his return to Spain 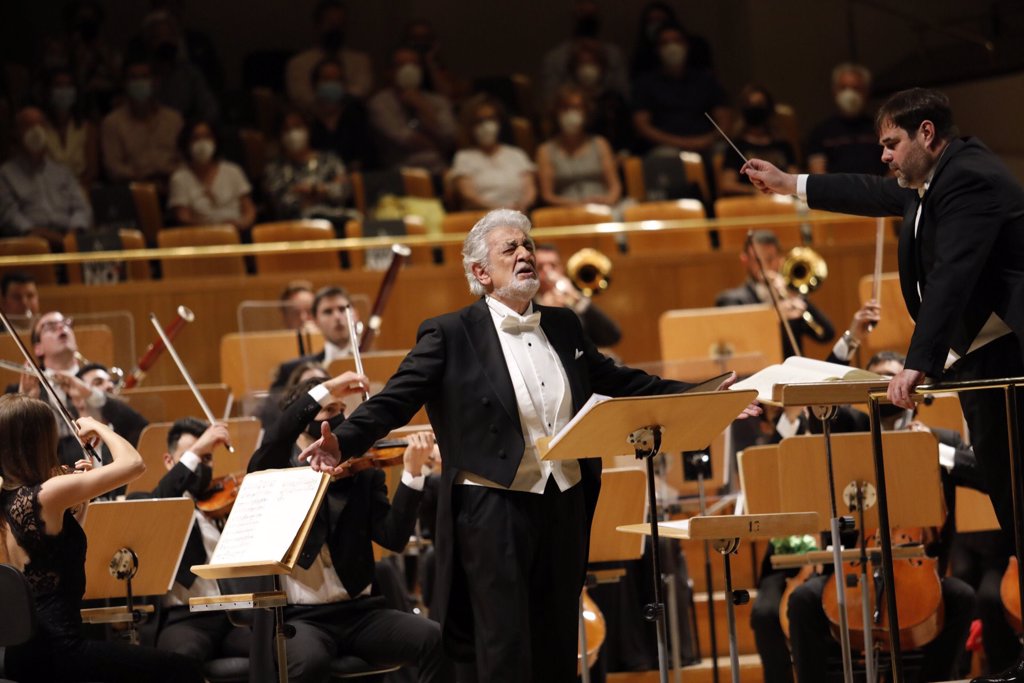 The Spanish tenor Plácido Domingo has returned to the Spanish stages this Wednesday, June 9, with a benefit concert at the National Auditorium in which he has been widely applauded for his appearance on stage.

Plácido Domingo’s last performance in Spain was in December 2019 at the Palau de Les Arts in Valencia, where the tenor participated in the opera ‘Nabucco’. Since then, the tenor had not returned to any Spanish stage, with performances canceled in between – the most striking, those related to the Ministry of Culture – and even changes in the name of centers such as the Les Arts Perfection Center itself.

For this return, Domingo has prepared a charity gala, organized by the Excellence Foundation in favor of ‘Red Cross Responds’, in which he has been surrounded by some prominent friends and artists. At 7.30pm, punctually, the prelude to Bizet’s ‘Carmen’ has prepared the atmosphere for the ‘maestro’ to emerge.

The first piece chosen for the repertoire was ‘Nemico della patria’, from the opera ‘Andrea Chénier’, with music by Umberto Giordano. Domingo has appeared on stage in what has been the first of the applause of those who are predictably to come at night.

The people present – a full capacity of 1620 people, the maximum allowed for the Auditorium in the current health situation – have stood up with the appearance of Domingo and between ‘live’ and ‘bravos’ they have given him a standing ovation. almost three minutes. ‘You are the greatest’, they have shouted to the tenor before starting, who has received these expressions of affection visibly moved.

Before the start of the concert there was also a loud ovation and applause for the president of the Community of Madrid, Isabel Díaz-Ayuso, who has attended this musical event at the National Auditorium.