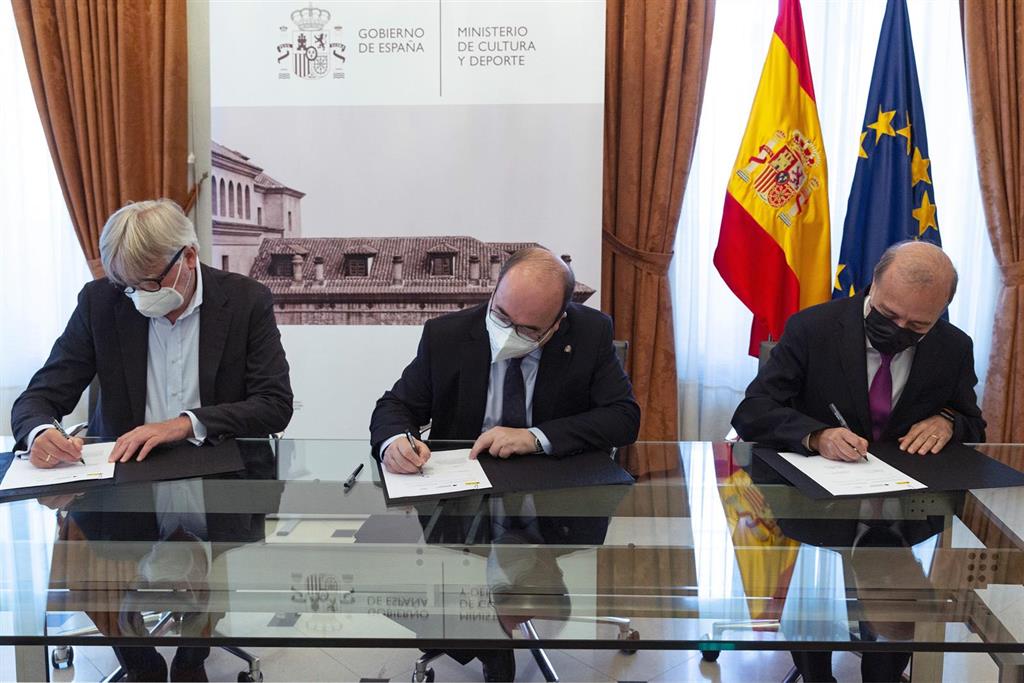 The Minister of Culture and Sports, Miquel Iceta, has signed the modification to the agreement of Guest Country of Honor with the president of the Frankfurt Book Fair and with the president of Spanish Cultural Action, with which the date of participation of Spain from 2021 to 2022 is formally modified, due to the pandemic.

Iceta has held a working meeting at the ministerial headquarters with the president of the Frankfurt Book Fair, Jürgen Boos, together with the general director of the Book and Promotion of Reading, María José Gálvez, and José Andrés Torres Mora, Executive President of Acción Cultural Española (AC / E).

The objective of the meeting has been to prepare the institutional events for next October, when Spain will take over from Canada as Guest Country of Honor with the slogan ‘Overflowing Creativity’.

As Culture has pointed out, there are two key dates on the institutional agenda for this coming October: the press conference of Spain as Guest Country of Honor on Thursday, October 21 at the Festhalle and the handover ceremony on Sunday October 24 with Canada.

Iceta has stated that Spain’s participation in the 2022 Frankfurt Book Fair as Guest Country of Honor is “a State project that places books and literature at its center.” “The opportunity that this represents for the book sector is extraordinary and its strength will amaze“, added the minister.

According to Jürgen Boos, president of the Frankfurt Book Fair, the Spanish literature that will arrive at the event is “rich in tradition and has a lot of vitality in its different languages“.” Spain has developed an extensive program to promote translations and I am sure that we will discover many Spanish authors next year, “he indicated.

The working meeting was also joined by the president of the Federation of Publishers Guilds of Spain (FGEE), Patrici Tixis, to transfer the results of the meetings of Spanish and European publishers and agents organized by the FGEE with the support of AC / E and the General Directorate of Books and Reading Promotion during the first semester of 2021, as well as to advance in the professional program of the fair.