“It is inspiring to see powerful women in fiction” 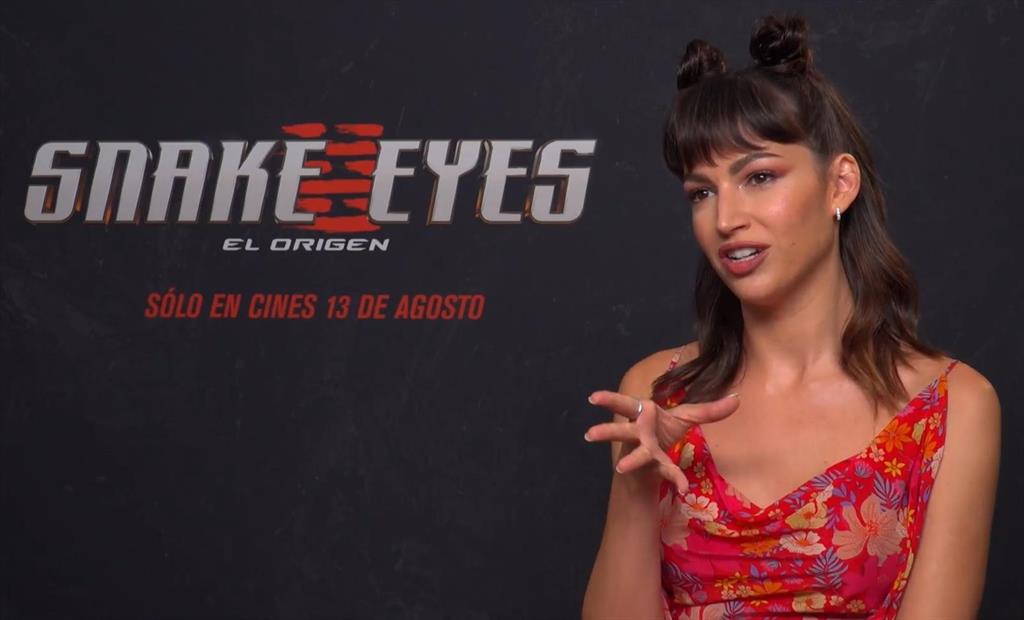 Úrsula Corberó transforms into a fearsome villain in ‘Snake Eyes: El origen’. Reboot and new installment of the ‘GI Joe’ franchise, which will hit theaters Friday August 13, looking to become one of the ‘blockbusters’ of the summer. The actress of ‘La casa de papel’ is the Baroness, high-level member of Cobra, a dangerous terrorist organization. A villain with a lot of influence, “disheveled” and of great strength. “It’s inspiring to see powerful women in fiction“, highlights the interpreter.

‘Snake Eyes: The Origin’ delves into the past of one of the protagonists of the ‘GI Joe’ franchise, an enigmatic lonely ninja who goes by the pseudonym of Snake Eyes (Henry Golding). The mysterious individual is greeted and trained by an ancient Japanese ninja clan named Arashikage, but finds that his loyalty is put to the test when secrets of his past are revealed, which will lead him to become the famous hero of the GI Joe.

Corberó gets into the skin of one of the most iconic characters in the franchise, the Baroness, who was already played by Sienna Miller in the popular 2009 film directed by Stephen Sommers and starring Channing Tatum. “It has been a challenge, it has made me leave my comfort zone”, explains the actress in an interview with Europa Press.

“She is a disheveled woman, she is bad, but that does not prevent her from having a sense of smoker. It has been good for me to have a less suffered role, because I come from being Tokyo in ‘La casa de papel’, which, although I love her very much, she is very intense, she is very tormented and lacks security. The Baroness is the opposite and that fascinated me, “he continues.

YOUR FIRST PROJECT IN HOLLYWOOD

Turned into one of the Spanish actresses of the moment, Corberó has embarked on her first project in Hollywood. “I have always felt vertigo before starting every project I have done, it has happened to me with everyone, including this one. […] It has been a challenge, it is my first film produced in the United States, my first villain and the first time that I work so far from home to do a project with outsiders “, he details, highlighting that the experience has been like” making a master “.

The actress considers that the portrait of the female characters in ‘Snake Eyes: The origin’ is a new example that in the Mecca of Cinema they continue to bet on “strong female characters, complex and powerful. “” For me, it is an honor that I am given the possibility of interpreting women with a lot of power and strength, “he says, also emphasizing that space must be given”to those female roles that show that, in fiction, women have the right to be wrong“.

“It is necessary to allow female characters to make mistakes without preventing them from continuing to love them and being able to empathize with them,” he adds. “Hopefully all these roles of powerful women serve as inspiration to other women. I think we all have that power, “he continues.

Although it is a Hollywood production with great commercial aspirations, ‘Snake Eyes: The Origin’ is a commitment to diversity and the representation of minorities. “TO despite being a full-blown Hollywood blockbuster, a popcorn bet, none of the main actors was of American nationality, we all came from different parts of the world. I think it is an example of change“, he says.

“It has been wonderful to live this adventure and this experience with professionals of various ethnicities and nationalities. It also shows that there are meanings, such as love and friendship, that lack cultural and language barriers, “she argues. On whether she will continue to work in American productions, the interpreter is cautious.” We’ll see, “she says.

“I FELL IN LOVE WITH JAPAN”

The production was shot mainly between Canada and Japan, with the Far Eastern country being the main setting for the film’s plot. “I was filming there for two months. It was incredible, because, in addition, I recorded in Japan for my first big project for the United States. I did not know who was going to find me, they had told me that it was very different from Spain in every way, “he details.

“It gave me a bit of vertigo to get there. At first, I was alone, because my colleagues had already started recording a few days before. But I managed to find my site. I fell in love with the country. Also, we had Japanese people in the team who showed us incredible places and very authentic, away from the touristy. I can’t wait to go back, “he continues.