The Mona Lisa of Montecitorio has sparked a war between critics, experts and politicians 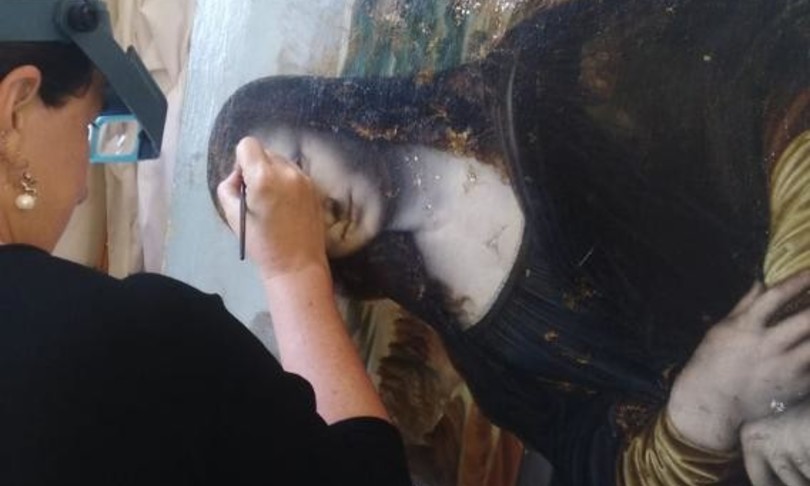 There is no peace for the ‘Mona Lisa of Montecitorio’. This is how the painting that hung for years on a wall of a deputy office, moreover above a radiator, was renamed. The diatribe has been rekindled in recent days: is it a painting that even Leonardo da Vinci could have given some brushstrokes or a copy made by a follower of him at least two hundred years later?

The case was raised last December by the newspaper Il Tempo, which has unearthed the history of the painting which is currently located in the Aldo Moro room on the first floor of Palazzo Montecitorio. Until a few months ago he was in the study of one of the Quaestors of the Chamber of Deputies, the grillino Federico D’Inca, now minister.

Era considered one of the many copies of the genius masterpiece. At least until it was restored, especially due to the commitment of the then Undersecretary of the Interior Stefano Candiani: “They were looking for the work for the exhibition at the Accademia dei Lincei but it couldn’t be found. I remembered seeing her in the commissioner’s room, ”Candiani explains to AGI.

The painting was restored in the Viminale “right next to my office”. This is how the Mona Lisa of Montecitorio, which came from a Torlonia collection, later sold to Palazzo Barberini, ended up in the hands of Cinzia Pasquali, restorer of Leonardo’s works at the Louvre. And here came the ‘discovery’.

Although it is not possible to say whether Leonardo put his hand to the painting, the restorer claims that the work comes from his workshop and is from the 1500s. “The painting is very interesting. We cannot exclude that Leonardo participated in its realization”Pasquali said a few months ago.

Some details would suggest that the master has given some concrete indications. Moreover, Pasquali was the author of what has been called ‘the restoration of the century’, that is, the cleaning of Sant’Anna with the Virgin and Child with the little lamb by da Vinci.

And if Thursday the art critic and parliamentarian Vittorio Sgarbi has diminished its relevance, defining the ‘Gioconda di Montecitorio’ “a modest painting of furniture”, the restorer reiterates her thesis: “I do not want to argue with anyone – explains Cinzia Pasquali to AGI – but the catalog prepared for the exhibition at the Accademia dei Lincei has collected many authoritative opinions on the painting, just read it. And then there are certainly no splits in the Barberini collection “. THE

Finally, Pasquali specifies: “I never said it was by Leonardo but that the context in which the work was created is that of his workshop in the 16th century”. To support the same thesis, there is the art historian Antonio Forcellino, who wanted to exhibit the painting at the ‘Leonardo in Rome’ exhibition in 2019. “I trust the documents – he underlines – and they say that the work was already in the Dal Pozzo collection and therefore dates back to the 16th century. The analyzes also confirm this “. For his part, Sgarbi has always believed that it was a work of the ‘700. The fact is that since the possibility has emerged that the ‘Gioconda di Montecitorio’ may be the ‘sister’ of the one kept in the Louvre in Paris, the administration of the Chamber has also taken the initiative, so much so that the current commissioner Francesco D ‘Uva announced that a large study conference on this painting will soon be organized.