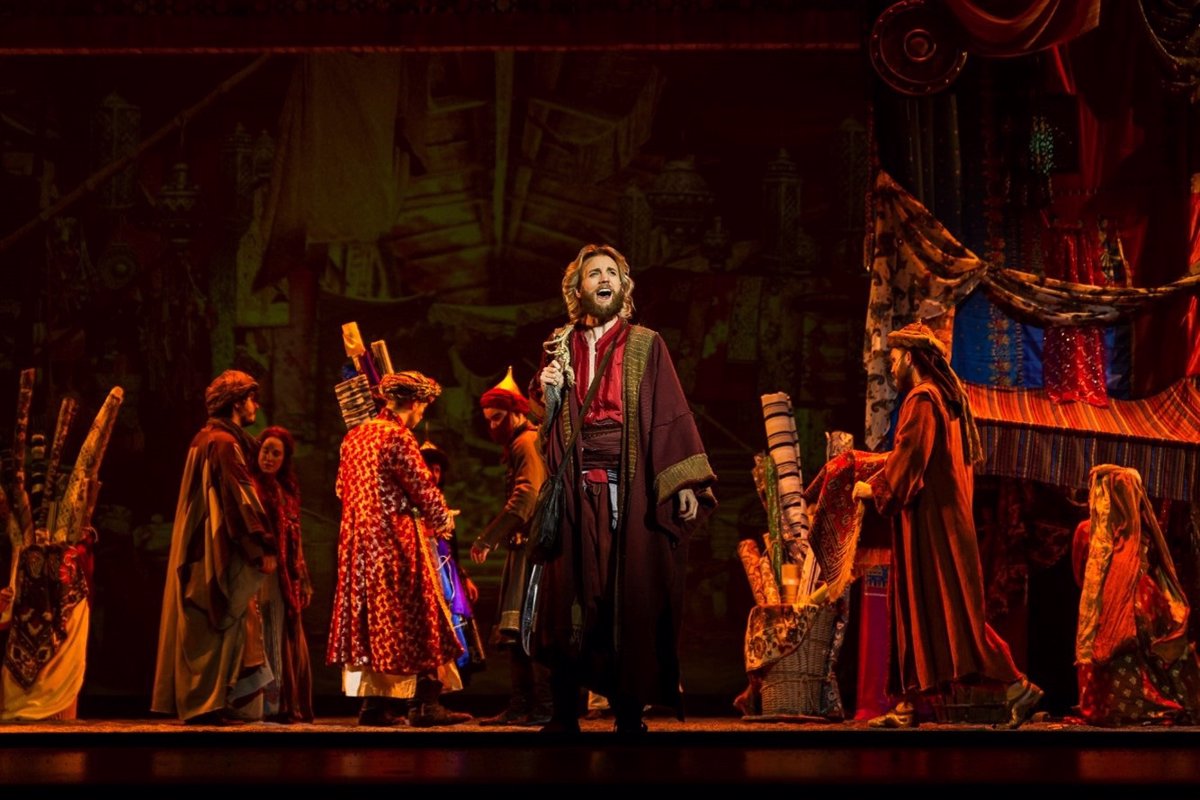 His director on the pandemic: “It was very crazy to see full wagons and half theaters”

The musical ‘The doctor’ returns to the stages of Madrid with a new production, after two seasons in the capital. In an interview granted to Europa Press on the occasion of the premiere, its artistic director, Ignasi Vidal, has defined the work as “a scenic toy, very exciting, very beautiful, but also with its hard moments and its sparks of humor”.

For Vidal, this new season “has nothing to do with the previous one” since it has a different cast and a new set design. In addition, he has stated that they are “very excited” about this new production.

‘The Doctor’ is based on the homonymous novel by Noah Gordon and, according to its director, “has been the assembly manual for this function”. “Everything I needed to know about the characters, I extracted from the book“, he added. The story tells the life of little Rob J. Cole and how it changes when he is orphaned and discovers that he has a gift: predicting death.

DIFFICULT TIME, BUT FOR THE MOST THEATER

Asked about the pandemic and the situation in theaters, the artistic director pointed out that “this time has been very difficult for everyone” but clarified that “for the world of theater, more so”. “It was very crazy to see how the cars were full, and to see how the theaters were half full, they made no sense“, has revealed.

Regarding working with the new sanitary measures, Vidal has pointed out “the theater people adapted very quickly to the anticovid measures.”Practically in rehearsals we have not felt it”, he assures. Likewise, she has stressed that “they are very careful” with Covid-19: “Tests are carried out to control, they are rehearsed with masks, and now there is still protocol in the theater,” she points out.

Referring to whether the public wants to return to theaters with the pandemic, Vidal has stated: “It is obvious, the public is going to the theater. People after the pandemic were very excited to return,” he said.

‘El Médico’ is produced by Dario Regattieri, through the production company Beon Entertainment. Is about a musical show created by Iván Macías and Félix Amador and has the vocal direction of Gerónimo Rauch and Mercedes Rus as head of management.

The cast of this new production is made up of Guido Balzaretti (Les Miserables, West Side Story, Almost Normal) in the role of Rob J. Cole, Cristina Picos (Elsa’s Dreams, Broadway, a movie musical, Always Frida) in the role of Mary Cullen, Josean Moreno (The Doctor, Grease, Man of La Mancha) in the role of Barber, Alberto Vázquez (Antoine, Mamma Mía, La Jaula de Crickets) as Avicenna, and the tenor Enrique Ferrer gives life to Sha .

The production also has the backing of the book’s own author Noah Gordon, who recently passed away. “The emotion of the novel has been transferred to the music so that you can hear my book. I am delighted that readers can now experience the adventures of Rob J. Cole in a new and wonderful way,” he said at the time.

This new show will be available at Espacio Ibercaja Delicias from February 17 to April 24.

Regarding future productions, Vidal has highlighted Beon’s new project. Entertainment on the life of Vincent Van Gogh with music by Ara Malikian,’For ever Van Gogh’. Likewise, she has reported that they have just started with him and that they will soon have auditions to find the cast.

On the other hand, in the coming months Beon. Entertainment will stage an illusionism show, ‘The Magic of the Little Prince’.

Arab protesters at Tel Aviv University: “We will not stop even if there are a thousand funerals every day”