‘The forgetfulness that we will be’ and ‘La llorona’, favorites for the Platinum Awards 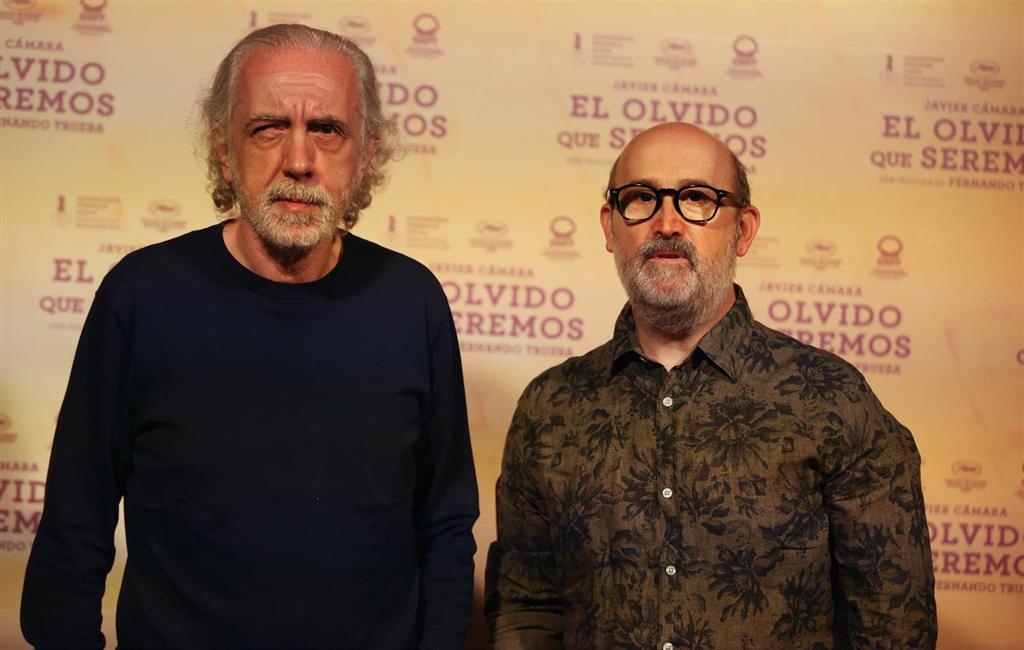 The Colombian movie ‘The forgetfulness that we will be’, by Fernando Trueba, and the Guatemalan ‘La llorona’, by Jayro Bustamante, are the film productions with the most nominations among the finalists of the Platinum Awards, both with eleven nominations.

The gala will be held on October 3 in Madrid and will crown the Best Ibero-American Fiction Film, among which the two aforementioned productions, in addition to the Spanish one, start as nominees. ‘The girls’ by Pilar Palomero and the Mexican ‘New order’ by Michel Franco.

In the case of the category for Best Ibero-American Cinematographic Miniseries or Teleseries, the list of finalists is made up of the Mexican ‘Someone has to die’, by Manolo Caro, the Spanish ‘Riot gear’, by Rodrigo Sorogoyen and Isabel Peña, the Colombian ‘The theft of the century’, by Pablo González and Camilo Salazar Prince, and the Spanish ‘Homeland’by Aitor Gabilondo.

Precisely, in the television section, the work with the most nominations is the Spanish series ‘Homeland‘, which has five candidatures, followed by the aforementioned ‘Someone has to die’, the Colombian women ‘The theft of the century’ and the spanish ‘The Money Heist’ with four nominations.

For their part, the finalist actresses in the category of Best Female Performance are Candela Peña for ‘Rosa’s wedding’, Maria Mercedes Coroy for ‘La llorona’, Regina Case for ‘Three Summers’ y Valeria Lois by ‘The Siamese’.

The candidates for Best Male Performance are Alfredo Castro for ‘I’m afraid of a bullfighter’, Diego Peretti for ‘The Theft of the Century’, Javier Chamber for ‘The forgetfulness that we will be’ and Miguel Angel Solá for ‘Family Crimes’.

We are Zea for ‘The forgetfulness that we will be’, Nathalie Pose for ‘Rosa’s wedding’, Sabrina de la hoz by ‘La llorona’ and Yanina Avila for ‘Family crimes’ in the female section.

In the case of the candidacy for Best Creator in a Miniseries or Teleseries, Aitor Gabilondo for ‘Homeland’, Alex de la Iglesia for ’30 coins’, Alex Pina for ‘The paper house’ and Rodrigo Sorogoyen e Isabel Pena by ‘Anti-riot’.

For their part, the candidates for the award for Best Female Performance in a Miniseries or Teleseries are Cecilia Suarez for ‘The house of flowers’, Elena Irureta for ‘Homeland’, Inma Cuesta for ‘The mess you leave’ and Marcela benjumea for ‘The robbery of the century’.

Meanwhile, the nominees for Best Male Performance in a Miniseries or Teleseries are Alexander Speitzer for ‘Someone has to die’, Alvaro Death for ‘The paper house’, Andres Parra for ‘Theft of the century’ and Eduard Fernández for ’30 coins’.

In the category for Best Male Supporting Performance in a Miniseries or Teleseries they are eligible for the Platinum Award Christian Tappan for ‘The Theft of the Century’, Ernesto Alterio for ‘Someone has to die’, Patrick Created by ‘Anti-riot’ and Rodrigo de la Serna for ‘The paper house’.

For Best Supporting Actress in a Miniseries or Teleseries concur Ester Exposito for ‘Someone has to die’, Loreto Mauleon for ‘Homeland’, Najwa Nimri for ‘The paper house’ and Susana Abaitua by ‘Homeland’.