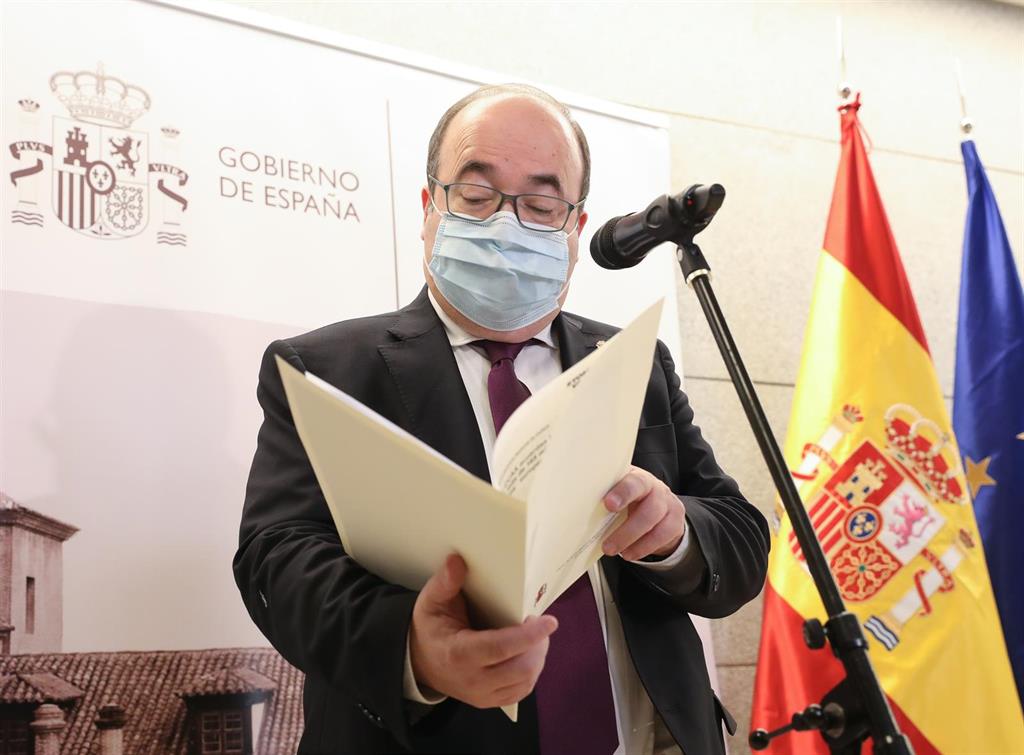 The Sectoral Conference on Culture, gathered in plenary session in its XXIX edition and chaired by the Minister of Culture and Sports, Miquel Iceta, has approved this Friday the agreement for the distribution of 165.5 million euros from the funds of the Recovery, Transformation and Resilience Plan of the Economy that will be managed by the Autonomous Communities and the cities of Ceuta and Melilla–

The agreement has gone ahead despite the vote against Madrid, Galicia, Euskadi, Catalonia and Murcia and with the abstention of Castilla y León, as specified by the minister this Friday at a press conference after the meeting.

“We are satisfied that the elements that have to do with culture and sport have been highlighted, but we would have liked that this endowment were still larger, there will be time“, Iceta has specified, while adding that” the year 2022 is going to be the year of the cultural and sporting renaissance in Spain “.

This is the first time that the Minister of Culture and Sports has met with the councilors of the Autonomous Communities and the cities of Ceuta and Melilla and also the first face.to.face meeting of the plenary session of the Culture Sector since the start of the pandemic.

The agreement includes seven projects of component 24 ” Revaluation of the Culture Industryl ‘and one of component 25 ‘Spain Audiovisual Hub of Europe’– In total, the Autonomous Communities will manage 165.5 million euros in the period 2021.2023, which represents 38.8% of the total assigned to the Ministry of Culture and Sports.

The CCAA, Ceuta and Melilla will already this year receive a total of 50 million euros for the provision of public libraries, digitization of cultural heritage and calls for aid to movie theaters and performing arts and musical infrastructures, the latter before December 31 of 2021.

Among the projects to be managed by the Autonomous Communities is the modernization and sustainable management of the infrastructures of the performing and musical arts, with calls for aid amounting to 38 million euros for theaters, auditoriums, circus tents, live music venues, rehearsal rooms, scenic and musical spaces for theater, dance, music and circus companies, according to the Ministry of Culture.

Aid amounting to 17 million euros will also be convened before July 21, 2022, to help movie theaters by financing actions related to innovation, digitized and sustainable operation, the creation and loyalty of audiences and their adaptation to new audiovisual consumption habits.

Equally, will proceed to purchase books with a total investment of 10 million euros, with which it is estimated to provide 450,000 new titles to public libraries; they will have 1.5 million euros to digitize the documentary funds of state ownership and regional management; and they will support the acceleration of 250 cultural companies with 25 million euros.

On the other hand, at the proposal of the Sectoral Commission for Cultural Affairs, the permanent Working Group of the General State Administration and of the Autonomous Communities has been created with the Author’s Fashion sector in Spain.