“Whatever I do, they only talk to me about Les Valseuses” 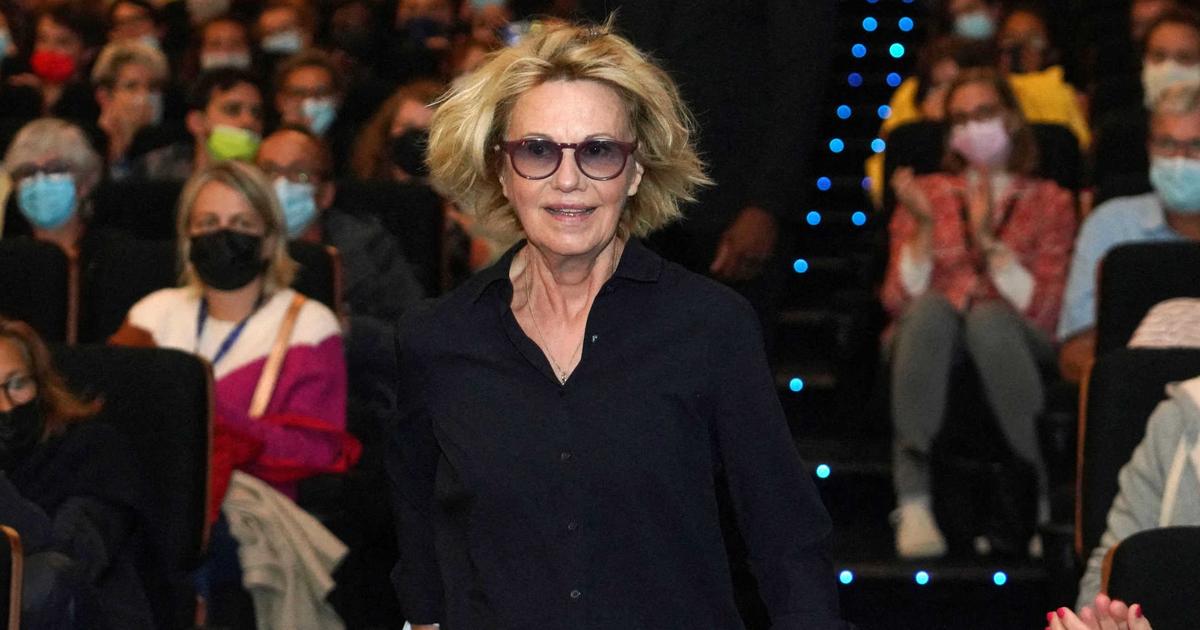 «First or second role, it doesn’t matter, as long as the adventure is beautiful.Miou-Miou, since his debut at the Café de la Gare, has lost none of his passion for the stage and cinema. Today on display Murder Partya pop and crazy family Cluedo in theaters on Wednesday, the unforgettable Marie-Ange, the frigid hairdresser of the “waltzers“, leaves the star to Alice Pol, 39 years revealed by Dany Boon in Superchondriacwho landed her first major role.

Premier movie the Nicolas Pleskof, Murder Party offers itself a three-star cast with also Eddy Mitchell, Zabou Breitman and Gustave Kerven, former resident of Greenland on Canal+. Alice Pol plays a brilliant architect who is entrusted with the rehabilitation of the sumptuous Daguerre mansion, a strange family at the head of a board game empire.

Read alsoMiou-Miou, the nobility of the humble

Miou-Miou plays Josephine, the wife of the patriarch found murdered. Everyone embarks on a mad investigation to unmask the culprit. Impossible to say more at the risk of spoiling this wacky detective comedy, halfway between the worlds of Agatha Christie and Wes Anderson.

«I have never played in a crime story in the form of Cluedo. I liked the personality of Nicolas Pleskof. There is always something good in a first filmsums up Miou-Miou, who juggles with delight between popular films and auteur films since his debut in the 1970s under the direction of Georges Lautner (A few too quiet gentlemen, No problem!) or Gérard Oury (The Adventures of Rabbi Jacob).

«Whatever I do, they only talk to me about waltzers. When I’m going to die, I already know which excerpt from my films will be put: the one where I run along the canal shouting: “I took it… my foot!”, laughs Miou-Miou, Caesarized in 1980 for The Derobade. Sylvette Herry owes her stage name to Coluche, who gave her the name at the mythical Café de la Gare. “I don’t manage my career. It’s also good not to know that you’ve already done the most important thing. I just do what I wantclaims Miou-Miou. “The desire is very much in the script. If I like it, I turn it».

Don’t tell Miou-Miou that she is one of the most popular actresses, crowned with an eclectic career with already more than a hundred films, plays and series: “I’m not a great actress: I’m very small!“, she replies tit for tat in her mischievous voice and from the height of her 1.64m. “Through my roles, I tell a story… I accompany people’s lives“, says the one whose last piece dates back to 2015 with good people at the Hebertot Theater.
Since then, she has made a first film under the direction of her daughter, Jeanne Herry, born of her affair with Julien Clerc. Her daughter is also preparing to direct her to the cinema again. With Patrick Dewaere, the actress had her first child, screenwriter Angèle Herry.

«In the 1970s, there were very few women in the film crews, apart from the script. Now there are + machine + girls, female directors», rejoices Miou-Miou, very early committed in favor of the feminine condition, in particular for the abortion.
«I have never been harassed on set. Maybe I was too famous“, she confides.

Recently, in the role of a feminist icon and dapper pregnant septuagenarian, she appeared in a mini-series for Arte, Nona and her daughters by Valerie Donzelli: «I could not refuse this role. It’s rare to also see love in the cinema after 70 years“. Miou-Miou, who has just shot a TV movie for France 2, is not tempted by directing: “I don’t know how to do so I will continue to be an actress!»