Mila Kunis and Ashton Kutcher have donated millions to Ukraine 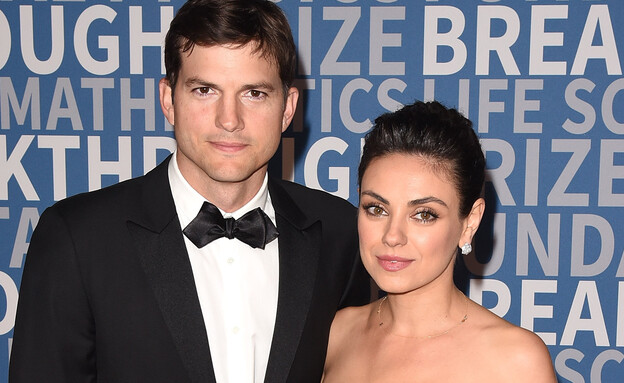 The world is anxiously following the Russia-Ukraine war, which is escalating day by day. While here Nicole Reidman spoke about the situation and Natalie Dadon flew to help with the borders, the stars overseas are also doing quite a bit of action to help the Ukrainian people – and Ashton Kutcher and Mila Kunis have already managed to raise millions.Kunis, who was born in Ukraine to a Jewish family, immigrated with her family to the United States when she was only seven years old. Since the start of the fighting, Kunis has not spoken out on the networks, but last weekend she and Kutcher launched a new donation page for Ukraine on their Instagram page – and have already donated $ 3 million out of their own pockets.

The two have launched a page on the GoFundMe website, where they raise funds to provide monetary assistance to hundreds of thousands of Ukrainian refugees. The two target is $ 30 million – three of which have already been donated by them. As of this writing, $ 15,949,300 has already been donated, including $ 2.5 million from the family of American investor and philanthropist Ron Conway.

“While we are witnessing the courage of the Ukrainians, we are also witnessing the heavy burden that has fallen on those who have chosen to be safe. Through ‘GoFundMe’ we will provide immediate humanitarian aid to refugees,” Kutcher wrote in a video posted on his Instagram page, and Kunis continued. “I was born in Chernivtsi, Ukraine, in 1983. I came to America in 1991, and I always considered myself an American, a proud American. I love everything this country has done for me and my family, but today I am more than ever proud to be Ukrainian.” Kutcher also added at the end of the video that he “has never been more proud to be married to a Ukrainian.”

The funds raised by the fund will be donated by the Hollywood couple to the Flexport website, which they say will provide humanitarian aid “directly to NGOs in the area,” as well as through AirBnB.org, which supports the housing and living conditions of refugees.