“We don’t like to send messages, it’s more for the Pope or for a party president” 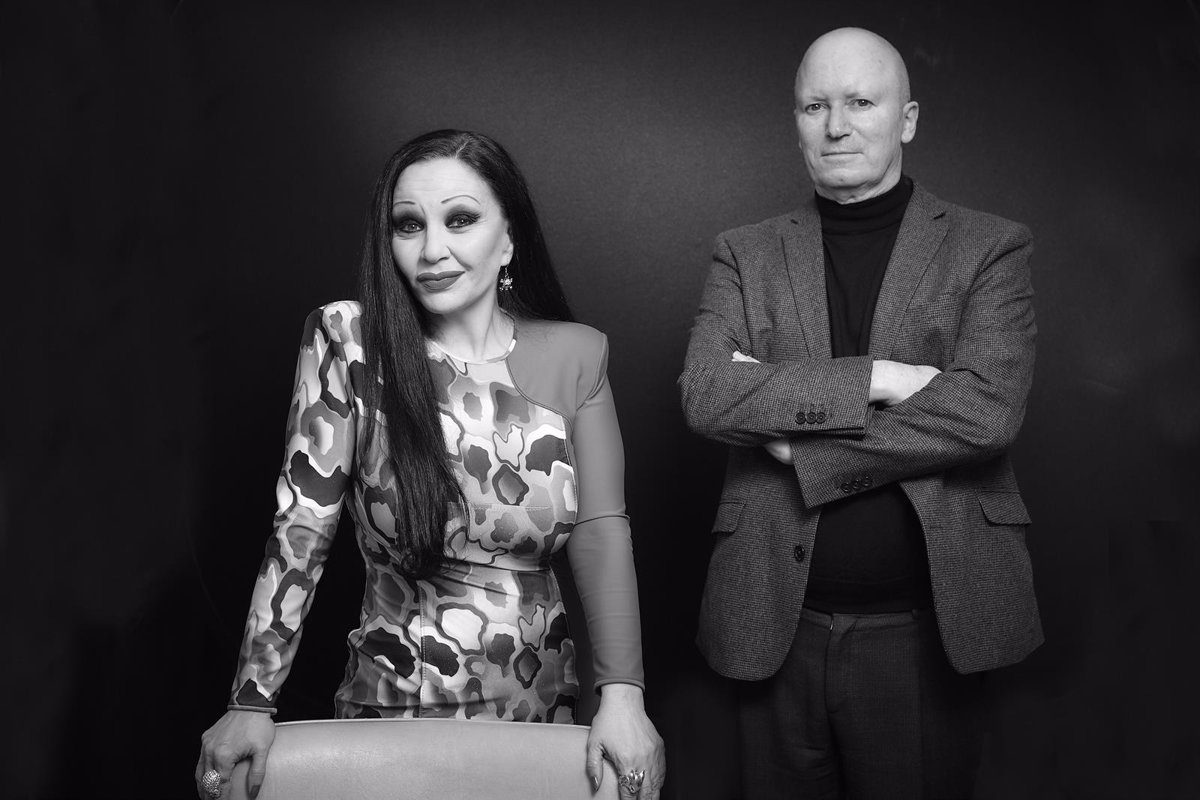 Alaska and Nacho Canut, ‘Fangoria’, release their EP ‘Edificaciones Paganas’ and they make it clear that they do not like to “send messages” in relation to the ‘No to war’ in the face of Russia’s invasion of Ukraine.

“I am nobody to send messages to anyone –he underlined in an interview with Europa Press–. Besides, to whom are we saying ‘No to war’? To the Ukrainian who is at home defending himself? It’s just not the same. It’s not the same go to fight or — don’t go to fight, please — hey they’re entering your house “, the artist has expressed.

For his part, Nacho Canut has expressed that “he is not the one either” to send a message of ‘No to war’. “That is more for the Pope or for the president of a party, but who are we? It would be very pretentious“, he has clarified. In turn, he has pointed out that he does not consider himself with “moral height” to tell “anyone anything”.

In any case, Canut has stated that “he is against all wars” and in this sense, Alaska has clarified that “It’s not a war, it’s an invasion“. “It is as if you are in your house tomorrow and from the next country they enter,” he clarified.

CHANEL, A “RECORD” THAT DEFENDS THE SONG VERY WELL

‘Pagan buildings’ has ‘Satanism, Abstract Art and Benidorm’a song dedicated to the city of Benidorm, a city that Alaska visited in January as one of the presenters of the Eurovision Benidorm Fest together with Maxim Huertas and Inés Hernand.

“You call me Benidorm and I’m already happy, you call me Eurovision and I’m happy, and you put both things together, what more can I ask for?“, the artist has assured. In addition, she has confessed that for her to participate in the festival “was a gift”.

Regarding whether Chanel is a good candidate to represent Spain in Eurovision, Alaska has said that Chanel “is the prototype”. “What is Eurovision? Because Eurovision are artists like Chanel, discodivas that defend the song very well by dancing and singing he commented. Eurovision is also Paloma Blanca, the great ballad, so the fans who liked the ballad did not like Chanel, or Tanxugueiras, or Varry Brava “. In this way, he has added”there is not a single Eurovision, anyone can go, it is good“.

For Canut, his favorite candidate was Marta Sango: “My favorite was Marta Sango, and getting out of there I don’t care”, while Alaska has assured that she cannot say who her favorite is “being involved” in the pre-selection.

A PUNISHMENT TO THE CITIZEN

On the other hand, Alaska has commented on the decision of the European Broadcasting Union (EBU), organizer of the Eurovision Song Contest, to dispense with Russia’s candidacy after the conflict. “A friend explained to me that it is for people who are in Russia –and has no information– know something is up because when they tell them that they cannot go to play football or the Eurovision, people will say what they are telling me in my country that this is a war that we have gone to save the Ukrainians, it is not true, “he said. commented..

However, he acknowledges that it is also a punishment “for Russians who have nothing to do with Putin.” “On the one hand, it is understandable that you impose a series of sanctions on a country that has invaded another country that passes for something as banal as Eurovision. But, on the other hand, why do poor citizens have to…? but of course, when there is a war the one who is punished is the citizen”, said Alaska.

‘Pagan buildings’ is the EP released by Fangoria after ‘Pop Existentialism’ and that is part of the trilogy that the band set out to record in early 2020. “It is an album that has nothing to do with it, not because it is the second EP and there is going to be a third, they have a common stylistic thing, no. They are independent albums Alaska explained.

As Canut has defined, ‘Edificaciones paganas’ is dance music with “lyrics that make you think”. In this way, Alaska has clarified that “sometimes people believe that dance music is just dancing. No, you can be on a dance floor and there can be a letter that is something else that invites you to dance“.

Both have indicated that their favorite song of this new EP is ‘My vital bubble’. “I think it’s the typical one that will be there in the repertoire forever“, comments Alaska, while for Canut it is a song “very perfect, very short, and from the beginning it already has one thing that sticks in your head”.

In addition, they have collaborated with Alejandro Sergi (Miranda!) and with Santi Capote (Them). In this sense, Alaska has revealed that working with them “has been virtual”, “they are the composers of the music, they send us the musical structure that they have devised and from there we work on it”, she adds.

Asked if there will be a tour of ‘Pagan Buildings’, Alaska has explained that in fifteen days they will be at the Mexican festival ‘Vive Latino’ playing and later they will return to Spain to give concerts from April “until October or December”.

Likewise, he has commented that last year they did concerts with people sitting with masks, without being able to get up, but that in the last one they performed people could already get up. “It is true that the last one was very funny because everyone was dancing, and it is true that if the public is amused, no matter how much you say that you don’t care, you don’t care, it’s better“, he thinks.

For his part, Canut considers that seeing the public seated with the security measures was “strange”: “We play dance music, it is normal to see people dancing, so when they are sitting and not dancing it is strange“, he recounted.