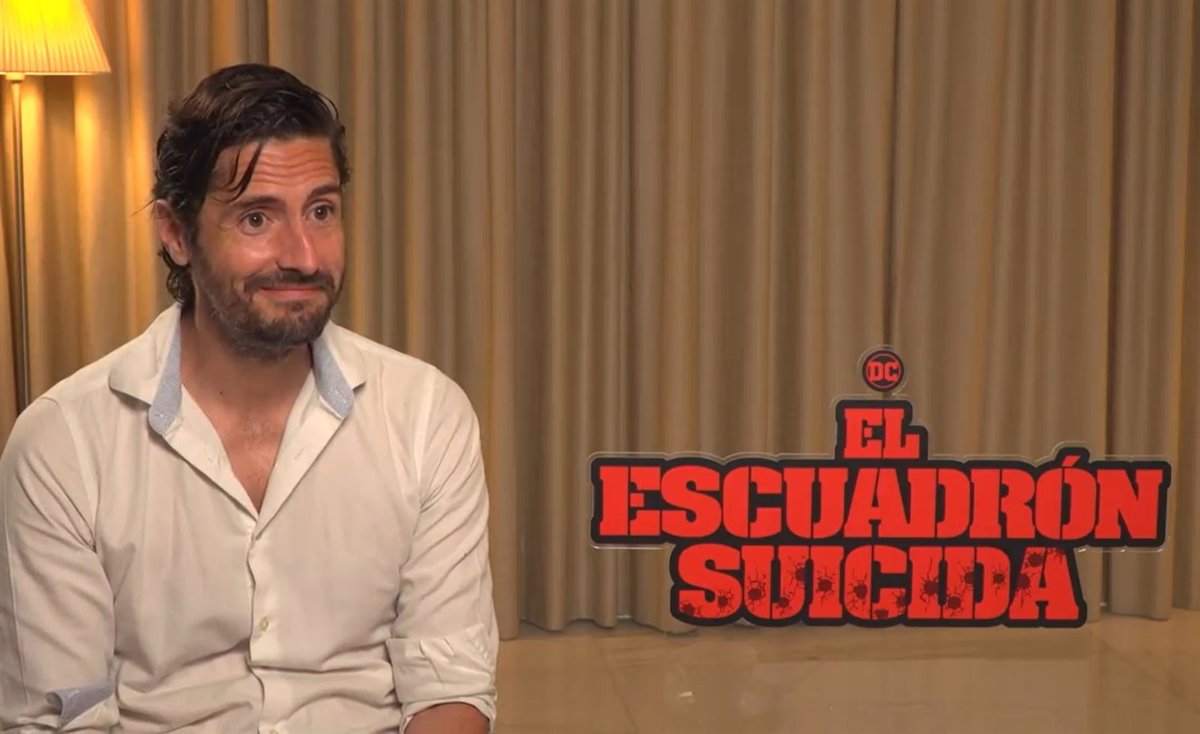 ‘The Suicide Squad’, James Gunn’s directorial debut in the DC Extended Universe, arrives to the cinemas next August 6– The film, a sequel and reboot of the almost eponymous 2016 film, narrates the adventures of a team of supervillains who are recruited by the American government for a mission they probably won’t return from– In their deadly odyssey, the protagonists will have to face threats of all kinds, among them, a dictator played by Juan Diego Botto which, as the actor points out, are not so far from reality.

“In South America, unfortunately, we do not have to squeeze our meninges a lot to find referents of dictators in which to inspire ourselves“, in an interview with Europa Press the actor, who gives life in the film to Silvio Luna, the military man who rules with an iron fist the small and fictional South American island of Corto Maltés.

Following in the footsteps of Elena Anaya and ‘Wonder Woman’, the Marta Milans in ‘Shazam!’ and waiting for the still unpublished appearance of Maribel verdu en ‘The Flash’, Botto is the third Spanish interpreter that Warner Bros chooses to be part of its Universe of superheroes. After submitting an audition that he had recorded at home, the studio called him to audition in Los Angeles with the director. However, one day before flying to the United States, the company contacted him again: “They told me ‘hey, you don’t have to do the test, James Gunn has seen it again and the character is yours’“, explained the actor.

In reference to the filmmaker, Botto has highlighted the creative freedom that the studio has granted the director when making ‘The Suicide Squad’. “What was surprising from the beginning was that Warner Bros. has given James Gunn total confidence, a blank check, from the moment he presented the project to the edition, “he says.

About Gunn, the actor has highlighted the uniqueness of the filmmaker to create a “wonderful” atmosphere on set and make “every day was like a birthday party“On a more personal level, Botto has confessed that the director had a very special gesture of kindness to him:” It happened that several European actors were there during Thanksgiving and, as obviously we had nothing to celebrate, He invited us to his house so that we could be with his family and not be alone when I had no need to. “

“He’s the guy who has $ 300 million from Warner to make a movie and who he remembers that three boys are going to be left alone, that’s James Gunn“, Botto sentence.

A MOVIE TO SEE IN CINEMA

‘The Suicide Squad’ lands on the billboard at a time of difficulty in which theaters have not yet recovered the influx of public prior to the pandemic and in which large studios are experimenting with new distribution formulas with simultaneous premieres to theaters on their own platforms. For Juan Diego Botto, Blockbusters like this are going to “push audiences” back to enjoying movies on the big screen.

“I think that (cinema and streaming) are not going to overlap, that there is an audience for everything, that the majority path for this film is going to be the theaters and I think that is the way to enjoy it in all its fullnessAlthough the public that sees it in streaming will also enjoy it, obviously a small screen is not the same as a large one, “said Botto.