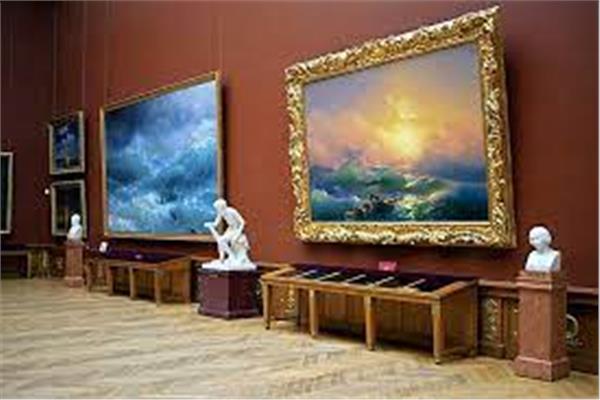 And according to “Reuters”, Italian galleries said that two museums in Milan will return many artworks loaned from Russia, after requests to return them early, in response to the sanctions imposed on Russia.

The Hermitage Museum, based in St. Petersburg, authorized the Palazzo Reale, Milan, to request the return of two paintings it had loaned to it, the first of a young woman in a feathered hat, by the Venetian painter Titian.

I think the two works will be delivered at the end of March, museum director Domenico Perin said, adding that the request could not be opposed.

Perrin added, “Titian’s work is certainly important, but the exhibition can continue well without him.” When I read the letter, I felt bitter that culture must be protected from war, but these are difficult times.

Galleria d’Italia, which runs another museum in Milan, said it had received a request to return 23 of the nearly 200 works in the current exhibition, which were on loan from three Russian museums.

They will be returned before the fair closes on March 27, said a spokesman for Intesa Sanpolo, which owns two other sites in Naples and Vicenza.

Similar requests have been received by the Rome-based Vindia Foundation and another museum north of Udine.

The Russian military operation in Ukraine continues for the fifteenth day in a row, since its beginning on February 24.