the unpublished script of ‘Long live Russia!’, which continues the National Trilogy 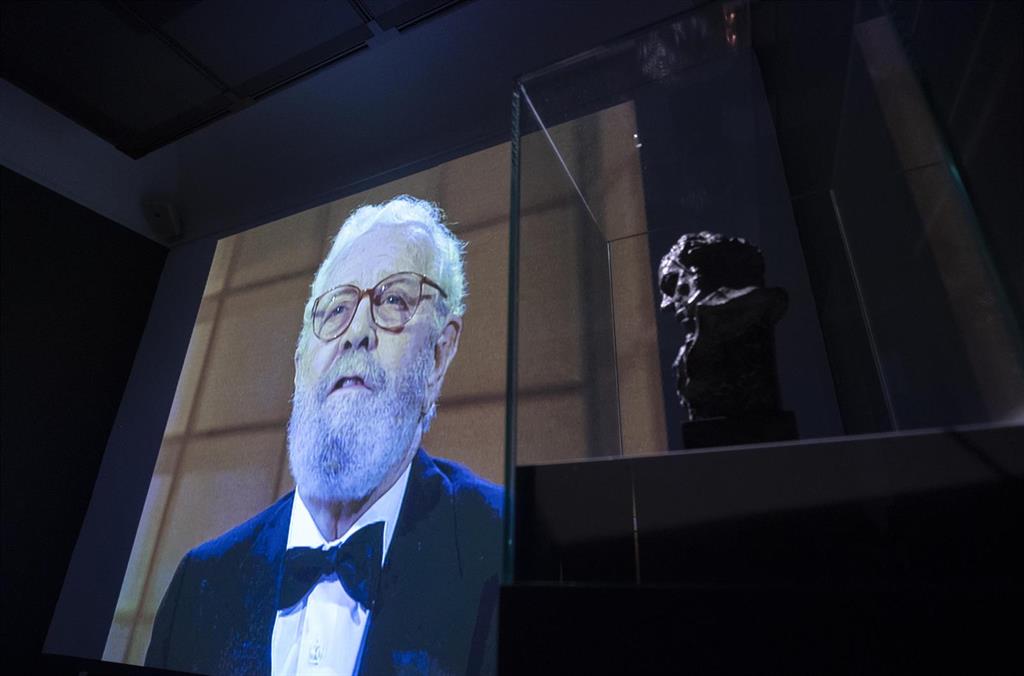 The legacy the filmmaker left thirteen years ago Luis Garcia Berlanga in the Caja de las Letras of the Instituto Cervantes includes an unpublished script by ‘Long live Russia!’, signed next to Rafael Azcona, in order to continue with the saga of the National Trilogy.

This was revealed this Thursday, June 10, by the filmmaker’s grandchildren, Fidel and Jorge García Berlanga, after the opening of the safe in an event in which they have also participated Luis Garcia Montero, director of the Cervantes Institute, and Mariano Barroso, president of the Film Academy.

This legacy was deposited thirteen years ago by the director of ‘El verdugo’ in the Caja de las Letras. Berlanga personally deposited these documents on May 27, 2008 in box number 1034, the content of which was unknown until this very Thursday – the director did not want to discover it on that occasion, one of his last public appearances.

As García Montero has pointed out, it is a legacy “full of significance” -Apart from the script, there are two other books in which the Berlanguian world and the figure of the filmmaker are studied. The script, a continuation of the films ‘Nacional III’, ‘Patrimonio Nacional’ and ‘La escopeta nacional’, supposed a “commitment to the future“.

The director of the Cervantes has explained that this unpublished script was going to be recorded and due to the death of the actor Louis escobar, protagonist in the previous tapes, was delayed and finally was unpublished. The specimen has been transferred to the ‘Berlanguiano’ exhibition organized by the Film Academy at the Real Academia de Bellas Artes de San Fernando.

“He was a true genius, created without pretense and had a goblin who could not silence neither shame nor comfort“One of his grandchildren immediately claimed. The La Eslava Musical Society has performed music from Luis García Berlanga’s films and popular pasodobles both at the entrance to the Instituto Cervantes and at Puerta del Sol.

For his part, Luis García Montero has stated that Berlanga is “a reference fundamental of cinema and the recent history of Spain“, while claiming the validity of his film work and ensuring that the adjective berlanguiano (admitted by the Royal Spanish Academy) implies a way of seeing the world established by the filmmaker.

As for the Cervantes Institute, immersed in its 30th anniversary, recalled that García Berlanga visited various venues between 1997 and 2008 on at least 13 occasions, and that the institution has organized more than 1,000 activities on him in numerous centers, most of them cycles and film screenings (subtitled in fifteen languages) , but also colloquia, interviews, tributes, workshops, etc.

This year 2021 includes in its program 297 activities around Berlanguiana’s work, both face-to-face and online, such as the cycle ‘Berlanga, the bitter laugh’, which will feature directors such as Chus Gutiérrez, Inés París, Trueba, Albadalejo or Cobeaga. A program of 12 workshops aimed at secondary school students on the trades of cinema is also being prepared, to which is added the current online cycle ‘Berlanga celebrates one hundred years’, which insufficiently disseminates four films by Plácido’s director known abroad.

Meanwhile, Mariano Barroso thanked the Cervantes Institute for its generosity in this act for “the importance of the symbolic”, for the recognition of the role of the great filmmakers and because “it makes us feel very proud to belong to the world of cinema”.

Then it was held in the assembly hall uAn informal discussion with the actor José Sacristán and the actress Mónica Randall -co-stars of several Berlanga feature films- moderated by film director, producer and writer David Trueba.

In the round table ‘Berlanga is 100 years old’, they have talked about personal experiences and anecdotes, mentioning the freshness and naturalness of the innumerable secondary ones, the difficulties of the sequence shots (long shots without cuts) that the Valencian director liked so much, his disagreements with the actor Adolfo Marsillach when he replaced Luis Escobar, the fetishism inherent in his films, freedom, dubbing or his low level of knowledge outside of Spain (which would not happen “if he had been a persecuted Jew,” said Mónica Randall) .

In short, a journey through the trajectory of who “It is a reference for anyone who wants to dedicate himself to the cinema”, according to David Trueba, who has recalled several times his affable, funny and generous character, as well as the censorship he suffered or the unfinished projects in his first stage, until he achieved a blazing success with La escopeta nacional.

The double tribute of the Instituto Cervantes has concluded with the transfer of the script, by García Montero and Mariano Barroso, to the neighboring headquarters of the Royal Academy of Fine Arts of San Fernando, to be integrated into the exhibition ‘Berlanguiano. Luis García Berlanga 1921-2021 ‘. As for the rest of the legacy, it has been kept in the Caja de las Letras until it becomes part of the Patrimonial Library of the Instituto Cervantes, at its headquarters in Alcalá de Henares.