An early drawing by Paul Cézanne sold for 26,000 euros 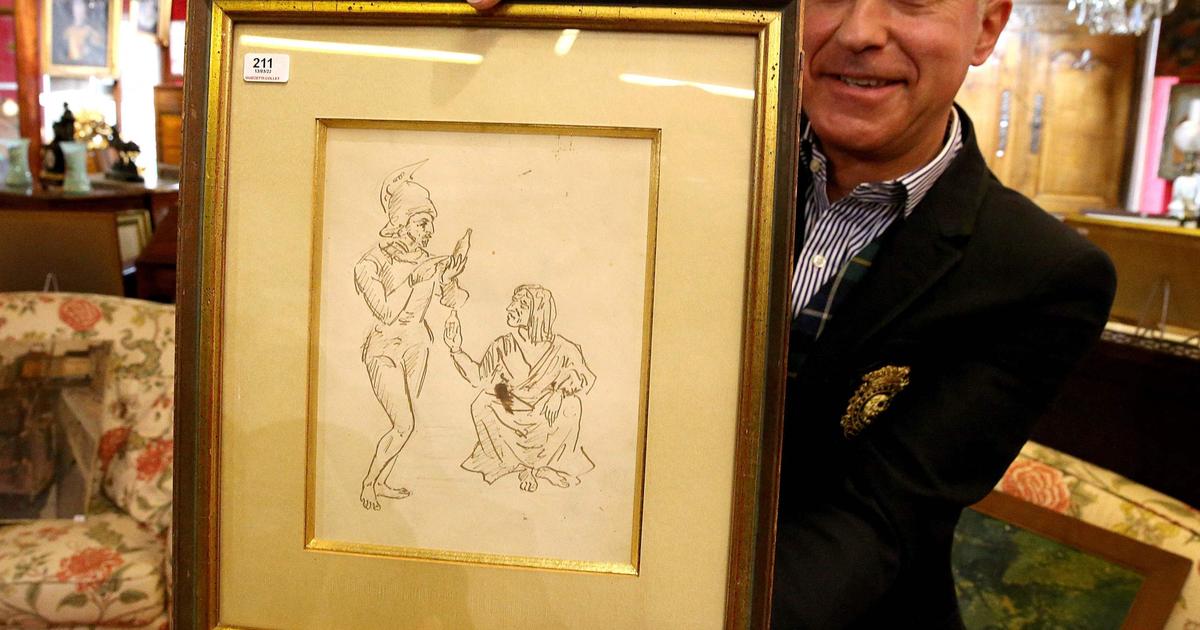 After more than two years of research to establish its authenticity, the drawing found at random from an estate in the south of France, was sold at an auction this Sunday in Reims.

A rare early drawing by Paul Cézanne, found at random from an estate in the south of France, was sold for 26,000 euros at an auction on Sunday in Reims, noted an AFP correspondent. Probably produced between 1856 and 1857, at the beginning of the years of apprenticeship of Paul Cézanne (1839-1906), the work consists of two drawings.

On the front, the one made by the precursor of Post-Impressionism, in pen, brown ink and pencil, representing a soldier holding a small bottle and facing an old lady, barefoot, holding a vial in her right hand. The back features a landscape with Calvary, created by Marie Cézanne, the artist’s younger sister. “It’s a wonderful rediscovery. This drawing passed through the hands of the son and then the grandson of Cézanne before we lost track of it for nearly sixty years.“, explained to AFP Thierry Collet, the Reims auctioneer responsible for the sale of the drawing, originally estimated between 20,000 and 30,000 euros.

If it included a word inscribed by the hand of Jean-Pierre Cézanne, the painter’s grandson, indicating that “the drawing opposite was an original drawing by (his) grandfather”, it still took more than two years of research for the experts to authenticate the double-sided drawing as belonging to the so-called “Jerusalem” notebook. “This 24-page youth notebook included the first drawings by Paul Cézanne. Six, including the one we sold today, were detached, the other 18 were sold by the grandson to an American collector who then donated them to the Israel Museum in Jerusalem.said Me Collet.

Of rare value, the drawing sold on Sunday is a new clue, he explains, to the first inspirations of the painter from Aix-en-Provence, in this case the works of the old masters (a term designating the European artists who practiced their art between the years 1400 and 1700).