Madonna got a new tattoo – related to Judaism 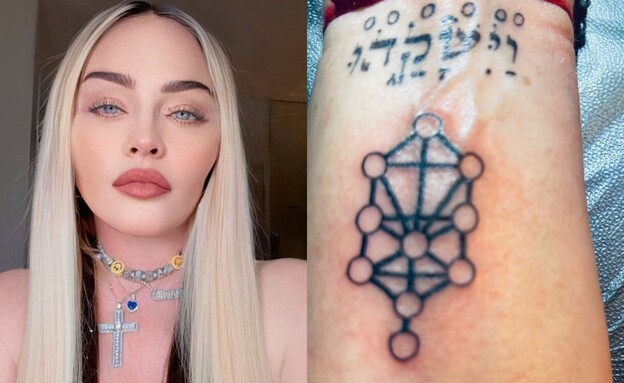 Last November we told you quite by surprise that the 63-year-old Madonna did a second tattoo, and chose the biblical Hebrew word: “Vishkahu”. Now the beloved star is launching a third tattoo, this time engraving on her body an ancient Kabbalistic mark.

The Queen Mother chose to tattoo the cover of “Ten Luminous Emanations”, written by Rabbi Yehuda Leib Halevi Ashlag. This is a diagram of the ten digits, a basic concept in the world of Kabbalah that describes a layer in the appearance of the deity in the material world. Among the signs – wisdom, glory, kindness, foundation and majesty, and Madonna explained to her followers the new engraving in a fairly clear way.

“The ten Kabbalistic digits, in which God is revealed,” she wrote alongside a photograph of her hand and the new tattoo, which looked, at first glance, like an indecipherable secret script. We would be happy for Madonna to do more tattoos in Hebrew, but Kabbalah is also fine.