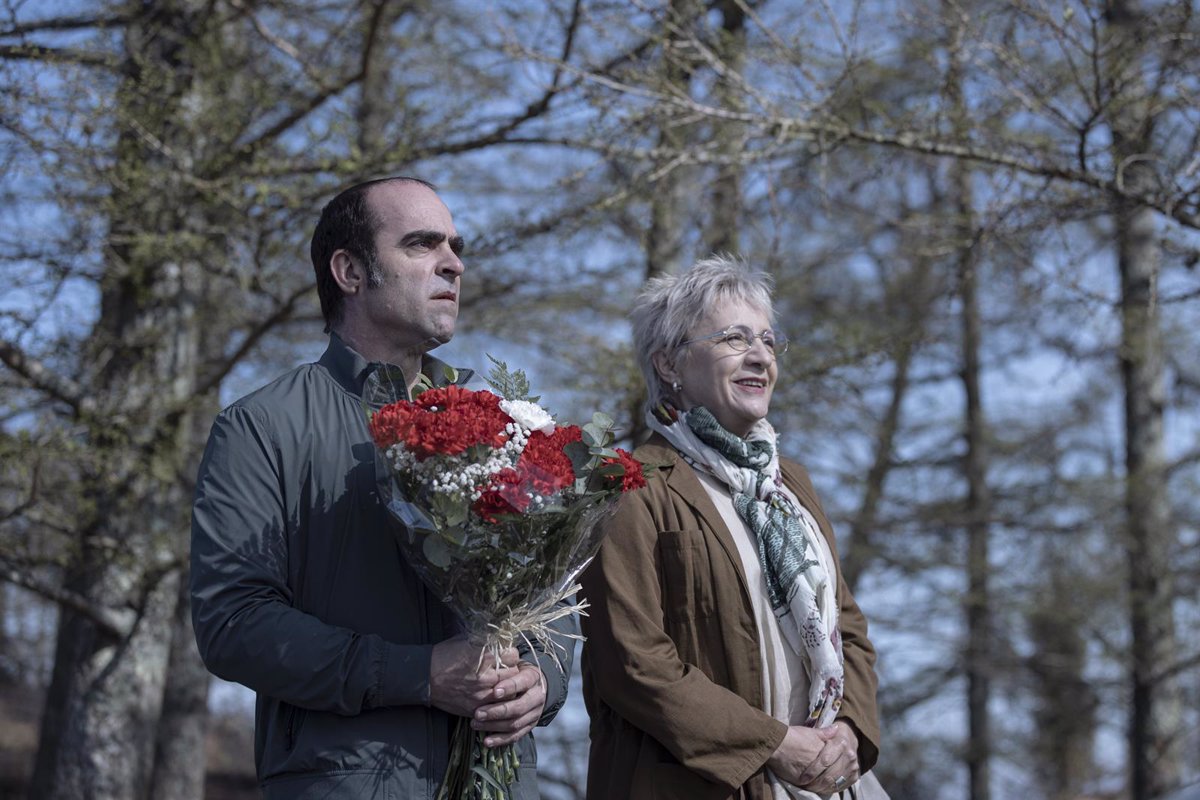 The film ‘The laws of the border’ by Daniel Monzón will close, out of competition, this 69th edition of the contest

The filmmakers Iciar Bollaín, Fernando León de Aranoa, Paco Plaza and Jonás Trueba will compete in the Official Section of the 69th edition of the San Sebastián International Film Festival, which will be held in the capital of Gipuzkoa from September 17 to 25. The films ‘The laws of the border’, by Daniel Monzón, which will close the contest; ‘The daughter’ by Manuel Martín Cuenca; the series’ La Fortuna ‘by Alejandro Amenábar and the short film’ Rosa Rosae. The Civil War ‘by Carlos Saura will also participate but out of competition.

In a statement, the management of the San Sebastian Festival has reported that fourteen Spanish productions have been selected in the Official Selection, New Directors, Horizontes Latinos, Zabaltegi.Tabakalera and Perlak in this 69 edition. Four of them will compete for the Golden Shell: ‘Maixabel’, by Iciar Bollaín; ‘El buen patron / The Good Boss’, by Fernando León de Aranoa; ‘La abuela’, by Paco Plaza; and ‘Who prevents it’, by Jonás Trueba.

In addition, out of competition, they will also participate in the Official Section ‘La hija / The Daughter’, by Manuel Martín Cuenca; the series La ‘Fortuna’, by Alejandro Amenábar; the short ‘Rosa Rosae. The Civil War / Rosa Rosae. A Spanish Civil War Elegy ‘, by Carlos Saura, which will be part of the opening gala; and ‘The laws of the border’, by Daniel Monzón, which will close the Festival.

Iciar Bollaín will present ‘Maixabel’, in which Blanca Portillo plays the widow of the socialist leader assassinated by ETA Juan Mari Jáuregui. Luis Tosar plays one of those responsible for the attack in a film that recreates the restorative encounters promoted in 2011 from the so.called via Nanclares, which enabled Maixabel Lasa’s encounter with the murderers of her husband in prison.

It will be the fourth time that the Madrid.born filmmaker competes in the Official Selection, in which Laia Marull and Luis Tosar, protagonists of ‘Te doy mis ojos / Take my Eyes’ (2003), won both Silver Shells. Then he returned to competition with ‘Mataharis’ (2007) and ‘Yuli’ (2018), awarded the Jury Prize for Best Screenplay.

Fernando León de Aranoa will compete for the third time in the Official Selection, where ‘Barrio’ (1998) awarded him the Silver Shell for best direction and the Fipresci Award, while ‘Los Mondays in the Sun / Mondays in the Sun’ (2002 ) won the Golden Shell for best film. The Madrid.born filmmaker once again has the actor Javier Bardem as the protagonist of ‘El buen patron / The Good Boss’, a tragicomic tale about personal and work relationships.

Valencian filmmaker Paco Plaza, several times nominated for a Goya and responsible for great horror film hits such as the recent ‘Verónica’ (2017) or the saga ‘[REC]’, he will opt for the Golden Shell for the first time with’ La abuela ‘, a new foray into horror cinema based on an original idea of ​​his that Carlos Vermut has developed in the script. The film narrates the life of a young woman who leaves her job as a model in Paris to return to Madrid and take care of her sick grandmother.

Jonás Trueba will compete again in the Official Selection of San Sebastián after his participation with ‘La Reconquista / The Reconquest’ in 2016. ‘Who prevents it’, which takes its title from a Rafael Berrio song, collects the reflections of many young adolescents , their impressions of the present and their expectations for the future, collected before, during and after the confinement. The film is the culmination of a long film project, after many shootings and edits over five years.

On the other hand, it will also participate in the out.of.competition Festival ‘La hija / The Daughter’, which represents the return to San Sebastián of Manuel Martín Cuenca, whose career has been developed in parallel to this event.

It will also premiere out of competition ‘La Fortuna’, an action and adventure series directed by Alejandro Amenábar that consists of six episodes and five hours in length. Amenábar opened the Festival out of competition in 2015 with ‘Regression’ (Regression) and competed in 2019 with ‘While the war lasts / While at War’.

Within the Official Section, also out of competition, at the opening gala the documentary short film ‘Rosa Rosae. The Civil War / Rosa Rosae. A Spanish Civil War Elegy ‘, by Carlos Saura, a tribute to the children of war based on the homonymous song by José Antonio Labordeta and intervened photographs and drawings by Saura. The Aragonese filmmaker received in 2007 an honorary Golden Shell in recognition of his career.

Likewise, a Spanish production will star at the closing of the Festival. Daniel Monzón, who participated in Made in Spain with ‘El corazón del guerrero’ (2000) and ‘Celda 211 / Cell 211’ (2010), which won eight Goya awards including those for best film and best director, will close the Official Selection outside competition, with ‘The laws of the border’, the adaptation to the big screen of the homonymous novel by Javier Cercas, set at the end of the 70s in Girona, where three young people from two very different worlds meet.

Other Spanish productions can be seen in the New Directors section, dedicated to the first and second films by their filmmakers. This is the case of ‘Josefina / Josephine’, the debut of the tandem formed by the director Javier Marco and the screenwriter Belén Sánchez.Arévalo. Emma Suárez and Roberto Álamo star in this love story.

Also in this section you can see the co.production with Turkey ‘Iki Safak Arasinda / Between Two Dawns’, which won the WIP Europe and WIP Europe Industry Awards in the last edition of the Festival. Directed by director Selman Nacar, the film focuses on the concepts of conscience, family and justice.

Another co.production, in this case with Argentina and Chile, will be part of the Horizontes Latinos selection: ‘Piedra Noche / Dusk Stone’, directed by Iván Fund. The 2020 WIP Latam Industry Award winner is a fantasy drama set in a small seaside town.

In Zabaltegi.Tabakalera, after passing through the short film competition of the Orizzonti section of the Venice Film Festival, the short film by Mikel Gurrea ‘Heltzear’, selected in the 2021 Kimuak catalog, will be screened. The filmmaker from San Sebastian, who passed through the residency of projects Ikusmira Berriak, tells a story of overcoming in a context of political violence.

The Tabakalera movie theater will also host, after passing through the Venice Critics’ Week, the screening of ‘Eles transportan a morte / They Carry Death’, the first feature film by Helena Girón and Samuel M Delgado, developed in Ikusmira Berriak, an adventure story with a critical discourse on colonization. Finally, ‘Official Competition’, by Argentines Gastón Duprat and Mariano Cohn, will inaugurate the Perlak section. Óscar Martínez and the Donostia Awards Penélope Cruz and Antonio Banderas star in this tragicomedy set in the world of cinema that will compete for the Golden Lion in Venice.