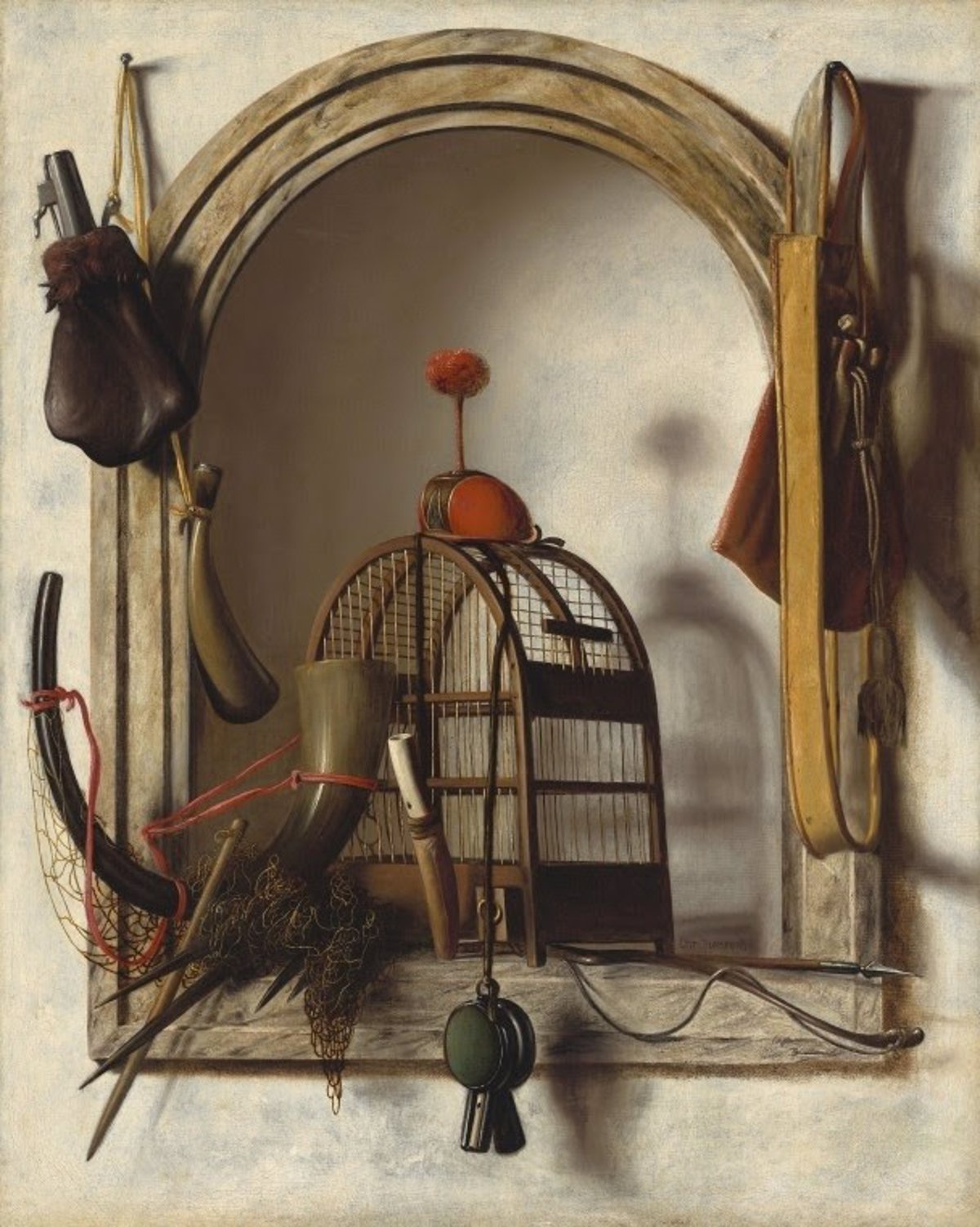 The Thyssen-Bornemisza National Museum has presented this Tuesday, March 15, its new exhibition ‘Hyperreal. The art of trompe l’oeil a review of the genre through more than 106 works that highlights the most representative themes of easel painting.

“Trompe l’oeil has had a reputation as goofy art, especially in the 19th century, it was like a genre for naive people“, expressed the artistic director, Guillermo Solana, during his speech at the press conference.

Thus, he has pointed out that the trompe l’oeil “can work as an illusion for everyone”, qualifying however that it can be the genre “more philosophical because it is metapictorial“. “It reflects on the fictionality of painting, it reflects on the limits that separate the borders of representation and reality,” he explains.

In this sense, he has ensured that in the exhibition “there is a certain initial impression of chaos, but do not be so easily fooled” and he has defined it as “a chaosmos”, “a mixture of chaos and order”, he explains.

On the other hand, he stressed that the effect “lasts for a long time, since the trompe l’oeil gaze has to be very slow,” he says. “One of the things we ask ourselves these days is if not we will have problems with the time that people are going to dedicate to stand in front of each painting, because each painting deserves a myopic look getting very close“, he points out.

NINE ROOMS WITH SEVEN CENTURIES OF HISTORY OF THE TRAMPOANTOJO

‘Hyperreal. The art of trompe l’oeil is an exhibition curated by the Thyssen Museum’s head of ancient painting conservation, Mar Borobia. “This exhibition is the result of the search for a theme. When we planned the exhibition, we were looking for a theme that would be attractive – of course it would be right with the collection— and above all that could link to a series of current trends”, Borobia reported.

As he explained, the chronological arc of the exhibition spans from the 15th to the 21st century, but the works are presented in order by subjects and settings, regardless of their execution date, in order to highlight the continuity of the genre, which continues until the present. “It is a theme that has allowed us to bring together seven centuries of art history with a transversal approach“, he highlights.

In turn, he has revealed that “the most difficult” of the exhibition has been the selection of works. “I got to work in 2018, and there were tremendous moments because we started collecting images and we got to handle 250 images,” she says.

The tour continues with ‘Figures, frames and limits’, a room on deception through the painted frame that includes paintings such as ‘Portrait of a man with a ring’ (1477) by Francesco del Cossa or ‘Portrait of a man’ ( 1500) by Raffaellino del Garbo.

The third room is ‘Hollows for the curious’ where representations of niches, windows or cabinets can be seen. It is followed by ‘False walls: planks and walls’, converted into settings to exhibit objects that show the skill of the painter, and shows paintings such as ‘Amsterdam City Council treasury documents’ (1656) by Cornelis Brisé or ‘Still Life with Hunting Supplies’ (1665) by Johannes Leemans.

Subsequently, there are the rooms ‘Perfect Disorder’, ‘Call to the Senses’ and ‘American Renewal and its wake’, with works by artists such as Samuel Van Hoogstraten, Pierre Gilou, Daniel Seghers or José Perez Ruano.

“In the room ‘American Renewal and its wake’ there is a change of pace in the exhibition, from this moment on modern painting begins to take center stage and modern painting goes into the backgroundBorobia explained.

‘Modern Trompe l’oeil’, is the eighth room and contains pieces that show the ability and imagination of their authors to surprise, with special attention to the 20th and 21st centuries. There are works by Salvador Dalí, César Galicia, Manuel Franquelo or Antonio López.

Finally, the exhibition concludes with a work by the sculptor Isidro Blasco, ‘Elevated train in Brooklyn’ (2022). As Borobia has pointed out, the work “has the evocative power” to transport the public to a New York street. “Isidro worked on it for two years, he made quite a few models. We asked him to have a connection with the world of graffiti, the world that takes place in the streets, and in the end he has made a puzzle, where everything fits perfectly, with about 200 pieces“, has added Borobia.