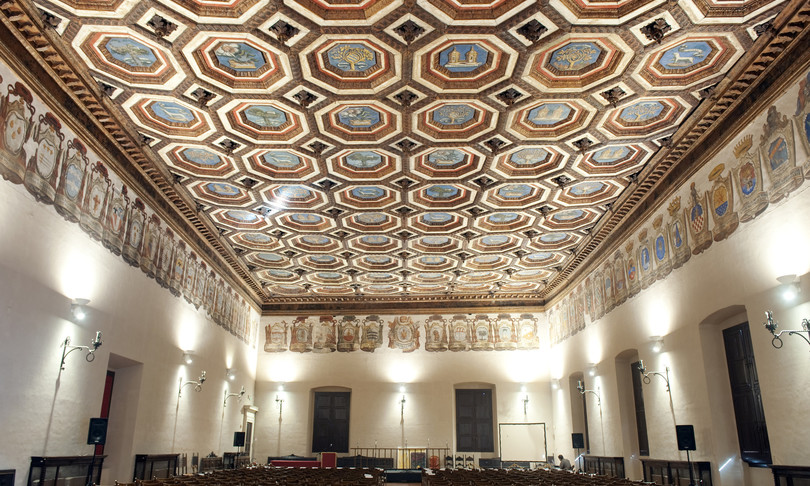 Pesaro is the Italian capital of culture 2024. This was announced by the minister of culture, Dario Franceschini. It was chosen by the jury, chaired by Silvia Calandrelli, among other 9 finalist cities: Grossseto, Mesagne, Syracuse, Ascoli Piceno, Chioggia, Sestri Levente with the Tigullio, union of the municipalities Pestum alto cliento.

The mayor of Pesaro, Matteo Ricci, he exulted showing a sprig of ginko biloba, the plant whose seeds survived the Hiroshima atomic bomb. A symbol that was also used at the audition and that was used to dedicate this victory to Kharkiv, “at the moment under the bombs and which, like Pesaro, is a Unesco City of Music”.

“Ginko biloba is the tree that inspired our dossier – he explained – it represents the nature of culture and is the tree of peace”. “In recent weeks I have often spoken with the mayor of Kharkiv – said Ricci – and I hope that he can be with us as soon as possible to celebrate, but above all that his city can get out of this terrible war and return to play as it knows. do”.

The mayor of Pesaro he also wanted the mayor of Ascoli Piceno at his side, Marco Fioravanti: both cities competed for recognition. “We have always said that we would be candidates together and asked the Marche Region for a common support for our two candidates, however it would have gone and so it will be – explained Ricci – Congratulations to all the mayors of the finalist cities, but Ascoli Piceno is for us a sister city “. Following the request of the mayor of Mesagne, the mayor of Pesaro invited all his colleagues to Pesaro: “I’ll wait for you all”.

“Pesaro offers the country an excellent candidacy based on a cultural project which, enhancing a territory already extraordinarily rich in historical testimonies and landscape-environmental preciousness, proposes concrete actions through which also integration, innovation and socio-economic development are encouraged “is the reason for the recognition,” In this perspective, the proposal gives the right balance to nature, culture and technology, three elements that merge in a context of shared action between public and private “, said Franceschini.

“The emphasis given to the value of citizenship as recognition and as a practice through concrete exercises – added the minister – today more than ever, affirms a direction that can generate contributions for other future experiences”. “The effort to involve the younger generations in a demanding program appears particularly interesting in light of the challenges that the uncertainty of the times poses. The enhancement of the relationship between city and territory – concluded the minister – with a program extended in an articulated way to all the municipalities of the province, it integrates voices making the achievement of the title of Capital of Culture unanimous “.

“It is a great pride: the Marches climb to the top step. I congratulate Pesaro for having brought home such a prestigious result, with excellent planning based on nature and culture, and I also underline the beautiful race of Ascoli Piceno , another finalist among the ten, who came one step away from victory “.

This is the comment of Giorgia Latini, councilor for Culture of the Marche Region, on the announcement that Pesaro will be the Italian Capital of Culture 2024, with the unanimous opinion of the project evaluation commission. “The Marches have lined up two capitals, a real pride-she added- The two Marche cities have managed to stand out nationally with full merit. The real challenge begins now and the Marche Region is ready to support both cities: we have to start from culture and we can do it thanks to the quality of our proposals and our projects “.