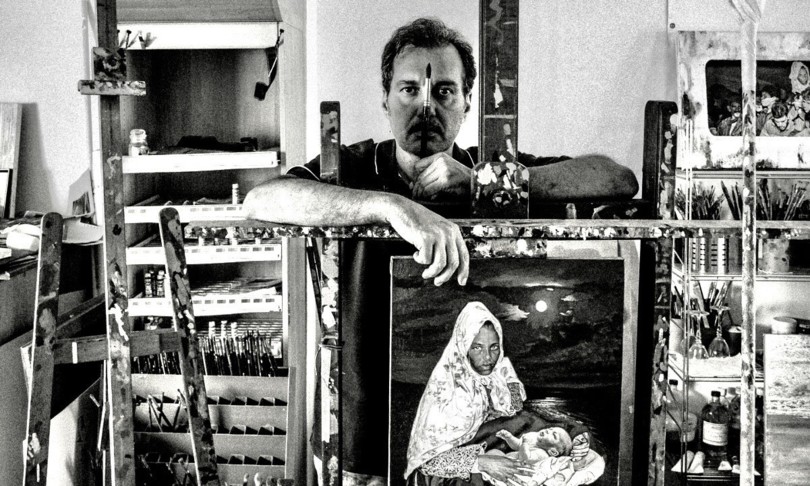 “That apparent calm from which Ukraine fell into war reminds me of a still life by Giorgio Morandi who stated that nothing is more surreal and abstract than the real, the visible “: Giovanni Iudice, the Sicilian painter who rose to international fame with his works on migrants, was very impressed by the Russian invasion of the former Soviet republic. A tragedy preceded by months of silent threats from Moscow, a bit like in the metaphysical paintings of the Bolognese master of color there was a tacit allusion “to dictatorship and fascism”. “It is not a drama of Ukraine, it is a drama for everyone, the anguish of the impossibility of being free in one’s own country is a threat to the independence of each of us“keep the judge in” an interview with AGI“we are also deeply affected by the risk that Italy may find itself at war”.

Judge of the year 52 Sicilian self-taught artist from Gela, is a protagonist of contemporary figurative painting with several exhibitions to his credit in Italy, including one at Palazzo Reale in Milan, and abroad. Discovered very young by the late Ragusan gallery owner Cassiano Scribano, in 2011 he was invited by Vittorio Sgarbi to the Venice Biennale with the work “Umanità”. In the same year he participated in the institutional exhibition “Ethics and aesthetics in art” of the Gamec of Bergamo curated by Giacinto Di Pietrantonio and exhibited in the same room as Maurizio Cattelan which featured ‘The boot overturned’. He was one of the first painters to deal with the theme of migrations in the Mediterranean and they have dealt with his paintings The Diplomatic World and the Economist. His work “Spiaggia”, an oil on canvas exhibited in the Gallery of Modern Art in Palermo, has been included in a volume of the Braids on contemporary art of Sicily. The of him is “an exciting fil rouge that links the beauty of art and its narrative poetry to social denunciation“, as the critic Luca Gatta observed when Iudice was a guest of ‘Vincent all the colors of art‘ on Radio Internazionale Costa Smeralda, a program in collaboration with Mad, a new art and design movement directed by Daniela Cittadini. 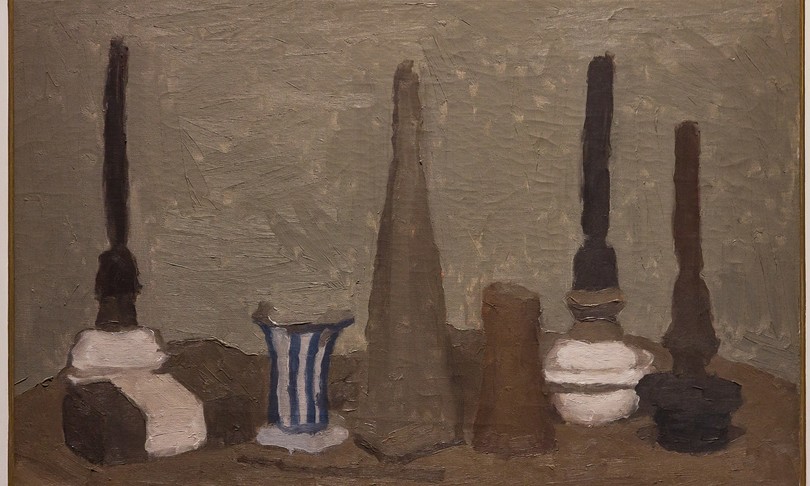 An exhibition on Man in the Anthropocene

He is currently preparing a public exhibition that should be held in Milan, focusing on the theme of sustainability and climate change. “I describe Man in the Anthropocene“, he explains, alluding to the geological epoch defined by the Dutch Nobel Prize Paul Crutzen where the ecosystem has been transformed by human activities, “I do not see the landscape as a romantic vision but a territory that is consumed like the flesh in the scourging. I paint seas, rocks, sedimentation but Man is always present within this complexity “.

The theme that most fascinates the Sicilian painter is precisely humanity, like the title of one of his most famous works defined by Sgarbi as a sort of ‘Fifth Estate’ after the Fourth Estate by Giuseppe Pellizza da Volpedo. A picture that has become a manifesto of the migrant emergency. “It is a cyclical work, with the birth of a child, the suffering of adults and death, it is a wheel that turns in history that sees the exodus linked to the anguish of man towards the right to hope“.

Those clouds over Venice

Another of his iconic works is “Clouds in Venice”“a paradigm of poverty that advances in the lagoon with a gondola that is for the few and an overloaded boat, indicating the imbalance between wealth and poverty. I am strongly touched by this idea of ​​human carnage that is always present in my work”. 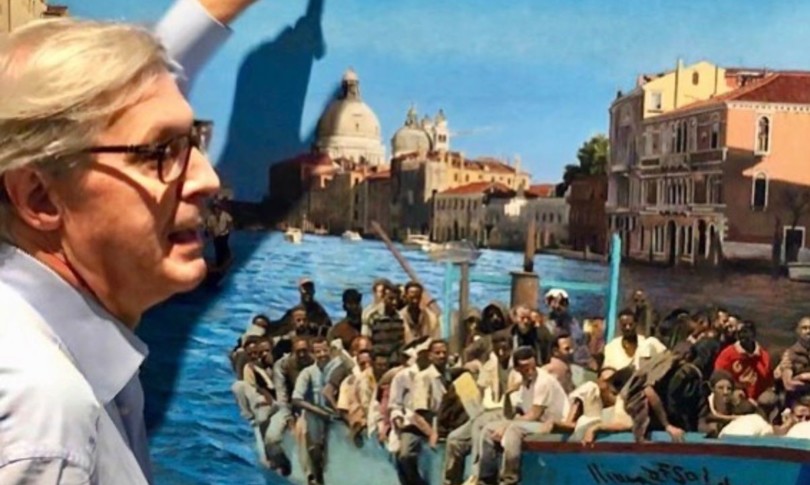 The link with Sicily

Iudice chose to stay and live in hers Gela: “I preferred to stay away from the centers of power to try to tell and show Sicily in my own way, even with a taste of neorealist cinema. I think that everything there is to say and to discover is in front of us, like said the French critic Jean Clair, in the contemporary world it is necessary to return to localisms“.